The months aren’t showing any signs of slowing and neither is the development for Beyond The Wire. There have been some inspired pieces of work done this month, with some changes coming that we’re looking forward to seeing in-game. Check out the latest detail from the dev team!

Always seeking to improve the atmosphere in-game, the level design team have tried introducing cinematic events to immerse players as the battle begins. Seen here for Vimy Ridge a large barrage of artillery strikes the hillside while tanks engage around you. We’re looking to have sequences of this nature on all maps, so keep an eye out for more!

Still aiming to improve the gunplay our animation department has opened up the ability to cycle the rifle bolt while running – currently players have their movement speed restricted when racking the bolt after a shot. Removing this restriction means you will soon be able to rack the bolt at full movement speed, adding a dynamic flow to the gunplay which we expect you’re going to enjoy!

This snowy, mountain top map fortress is coming together, now filled with ambient sounds and new assets such as these stone barracks. Once deployed players will enter a unique biome that is unlike anything we’ve offered up to now. 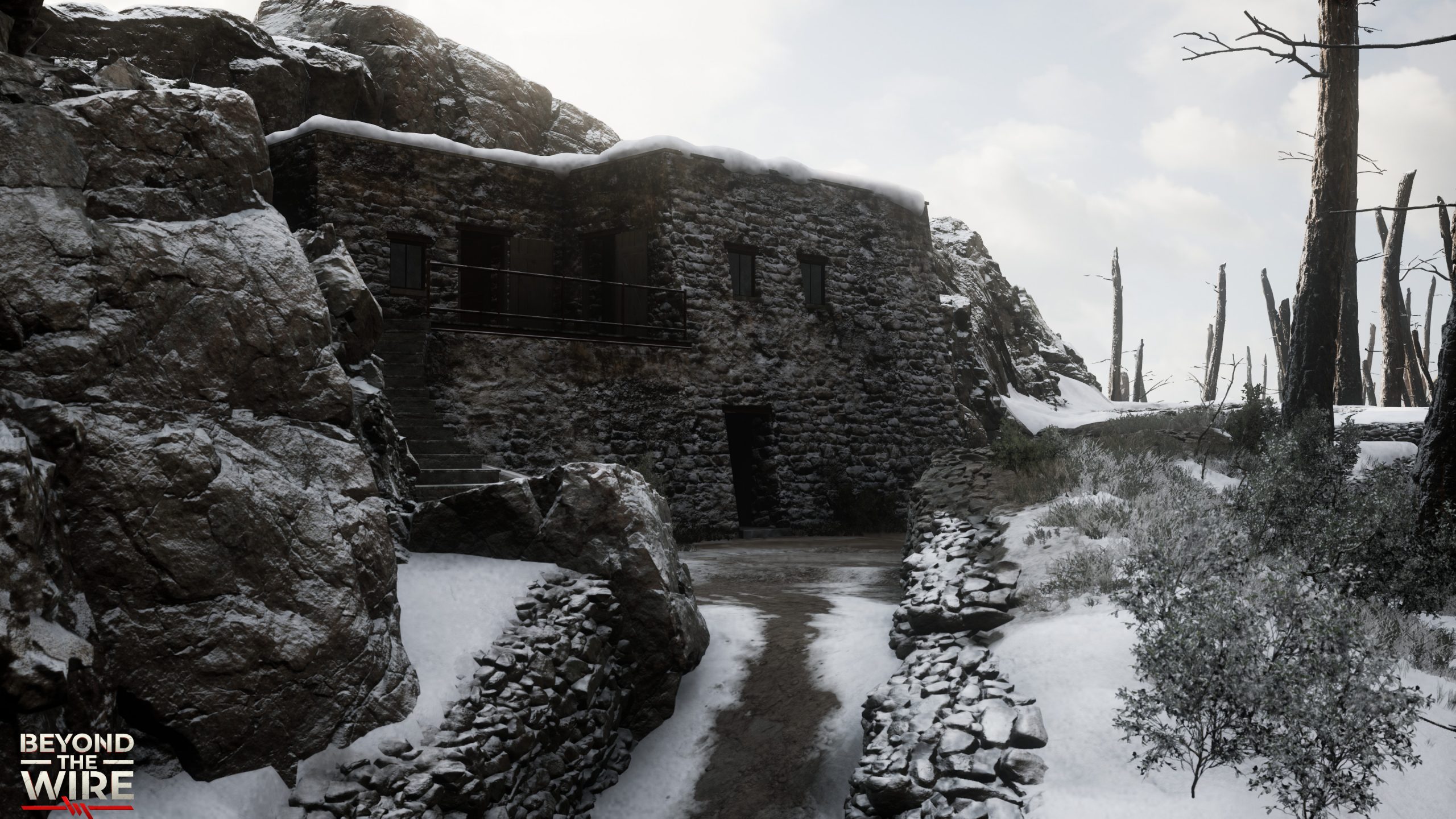 With trenches carving their way through the rocky hills, players will have plenty of options to move through the mountain. However infantry units will need to overcome environmental obstacles and hazardous wooden bridges to advance. 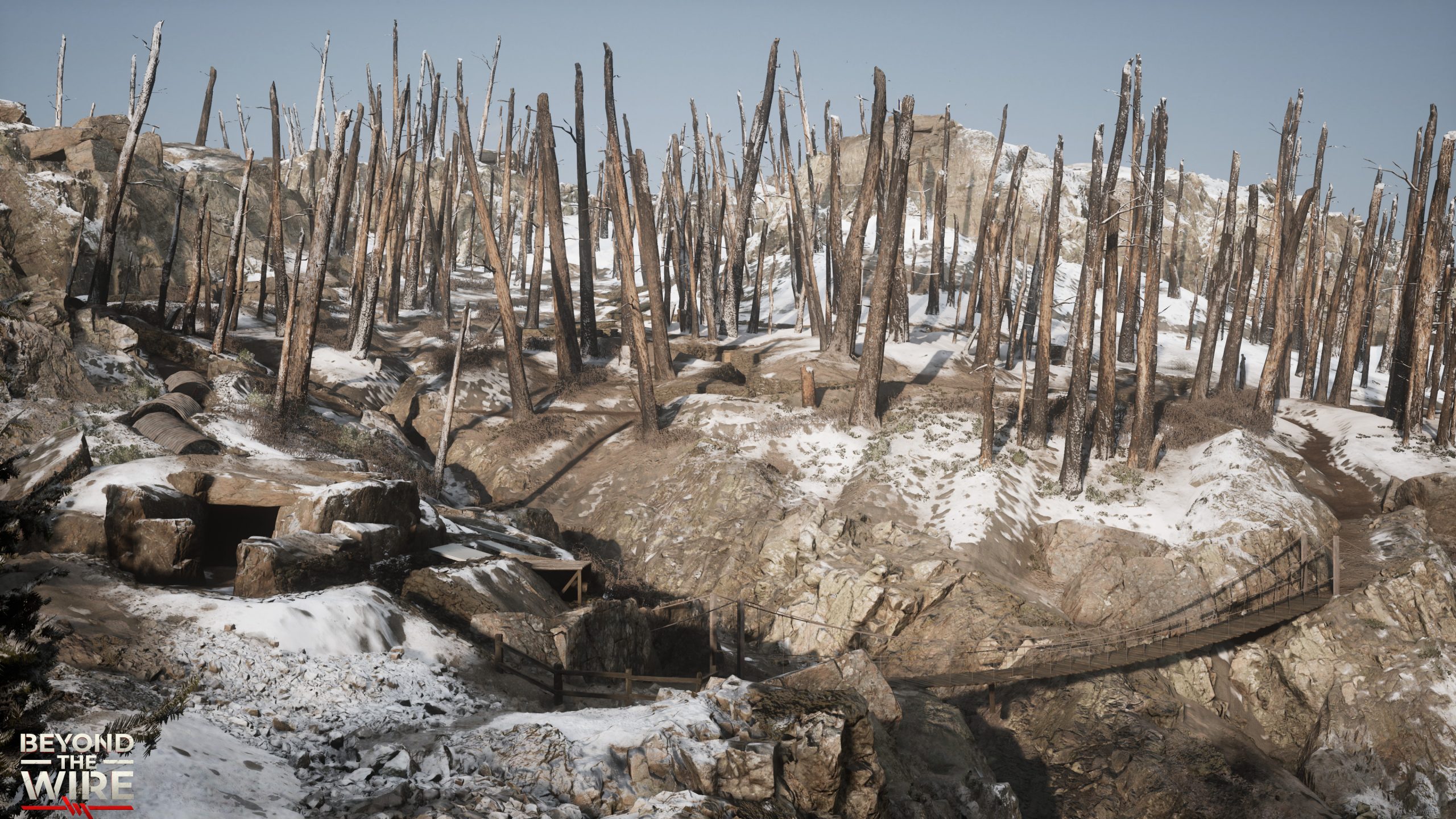 An old railway line snakes through the mountain offering a different path through the rocks. Armies will have to battle over the railway and bridges in order to lockdown any potential routes for the enemy. 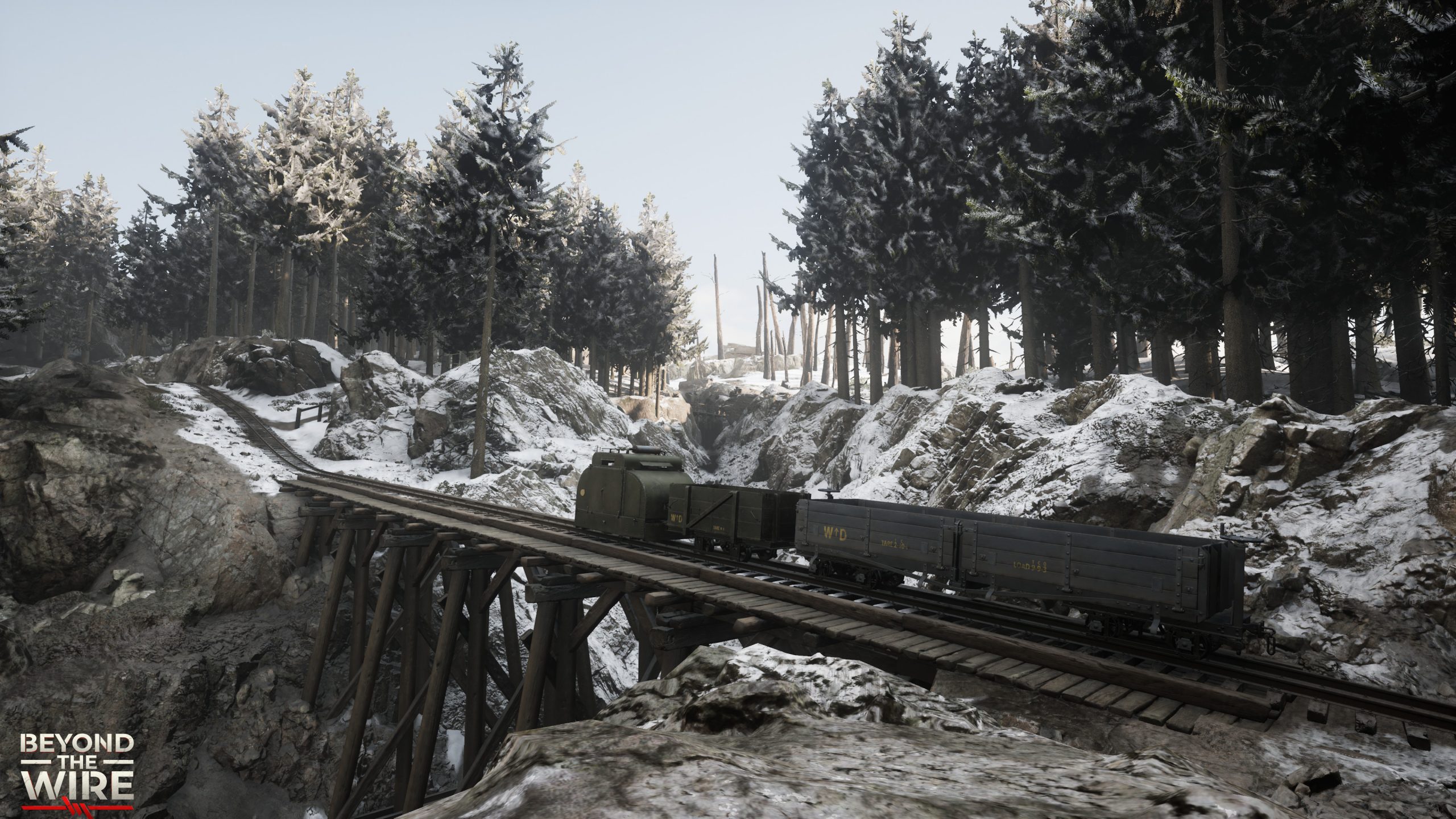 This Field of Battle has undergone more work since our last recap and is getting near to completion. Scenes of the conflict can be seen all around Vimy as you advance, burning tree’s and falling ash add character and story to the battle. 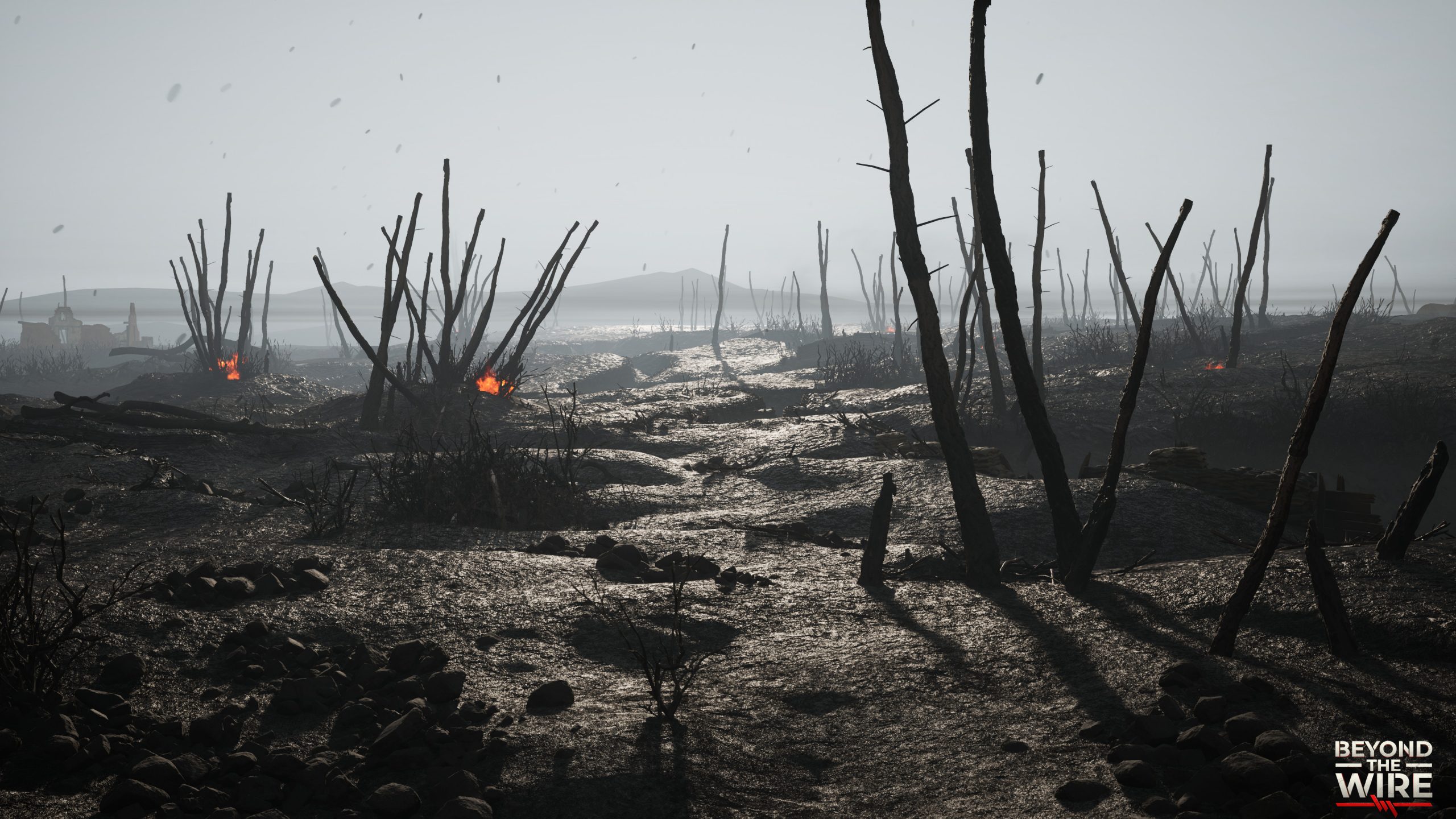 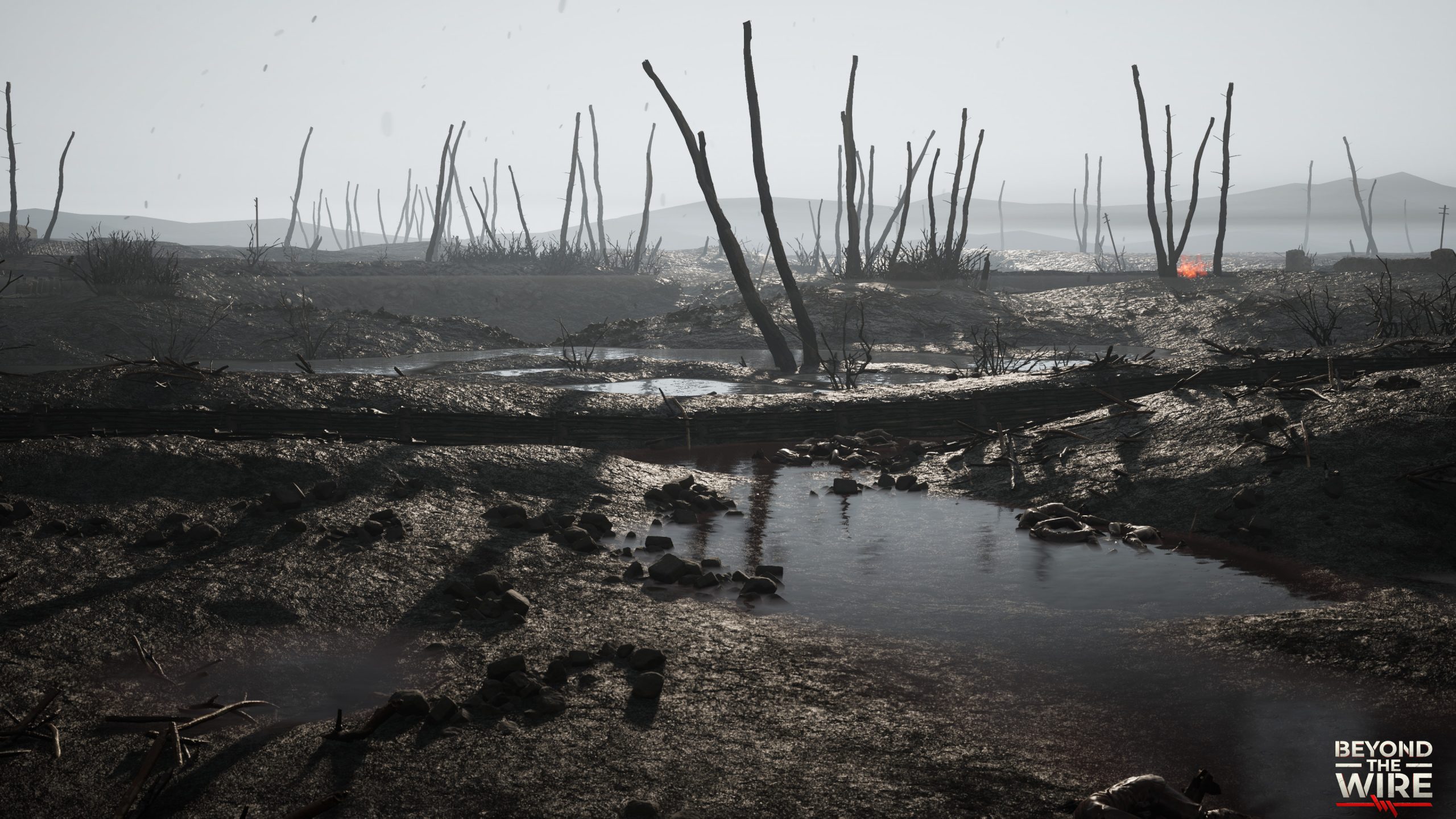 Another priority for this stage of development is the expansion on the level’s atmosphere. Lighting, shadows and set dressing add the finishing touches. Vimy testing has been underway for a while now internally, but we recently opened the map to the public to do some large scale testing and collect feedback from the players in preparation for Operation III release. We’ll be looking to host more public playtest in the future so be sure to stay posted on when they will be happening!

Confirmed – the pickelhaube is on the way and our model is close to completion. Staying true to our promise of historical accuracy, soldiers seen on the battlefield will be wearing the period-appropriate uniform, meaning our early war maps will see the German Empire deploying with this iconic helmet. In addition to the helmet itself the art team have worked to offer the Covered version as well. A “hook-on” cloth cover was used to stop the helmet reflecting, which would often reveal the movements of the German Army to the enemy. 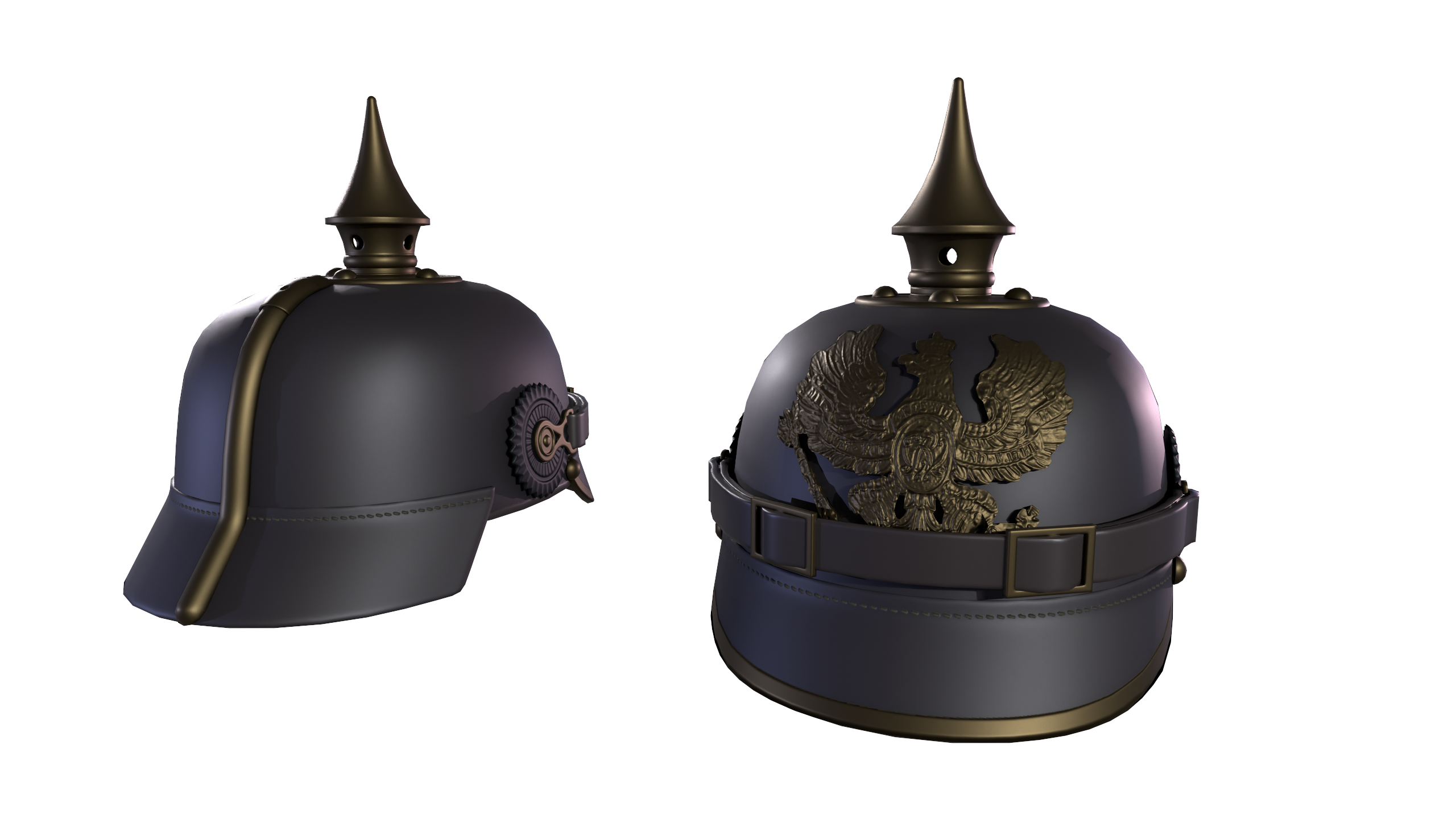 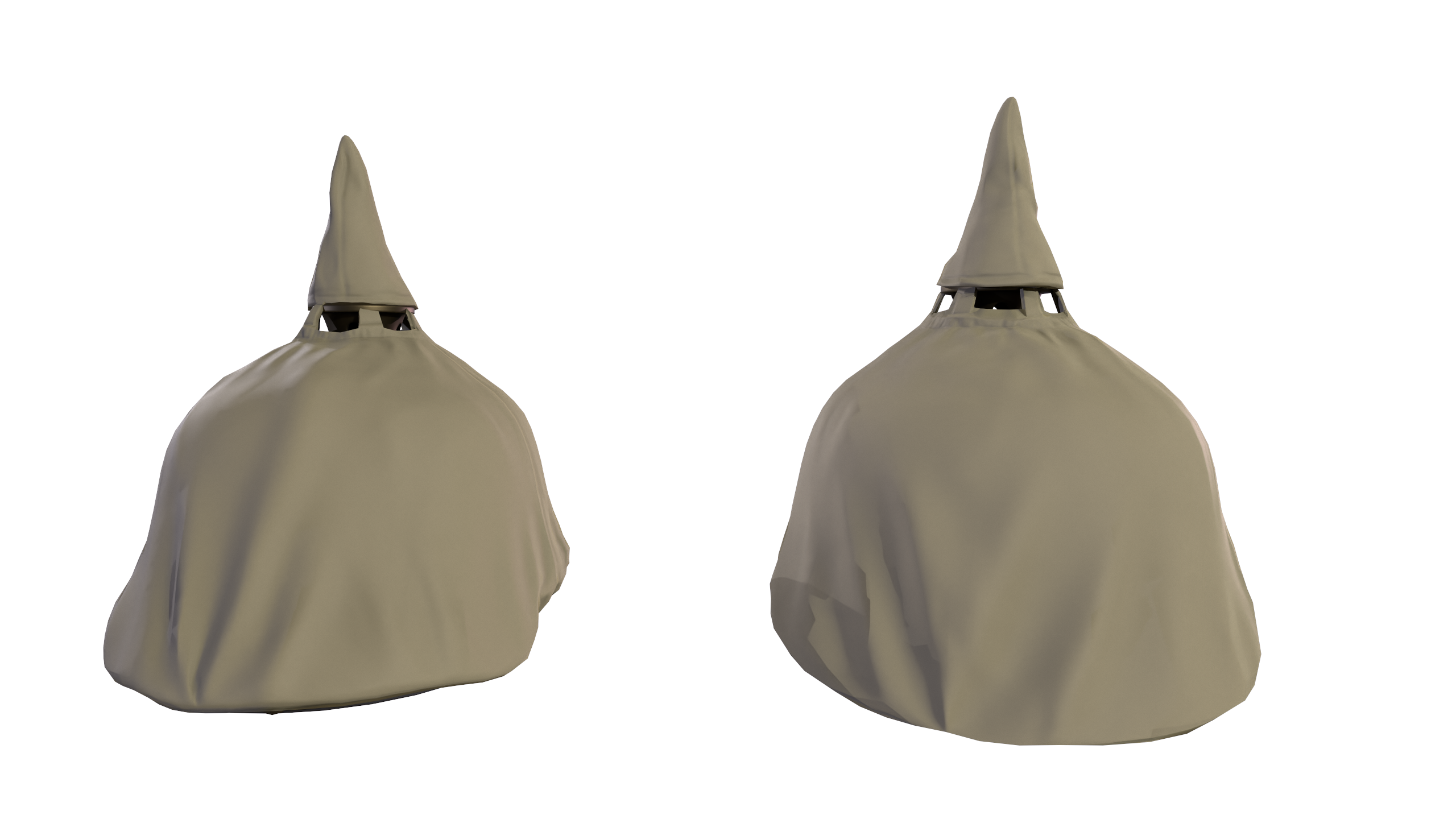 Recently modelled and ready for texturing, this kepi was standard-issue for the French Army as WW1 started. Eventually replaced by the adrian helmet, this iconic hat will be seen on our pre-1915 maps. 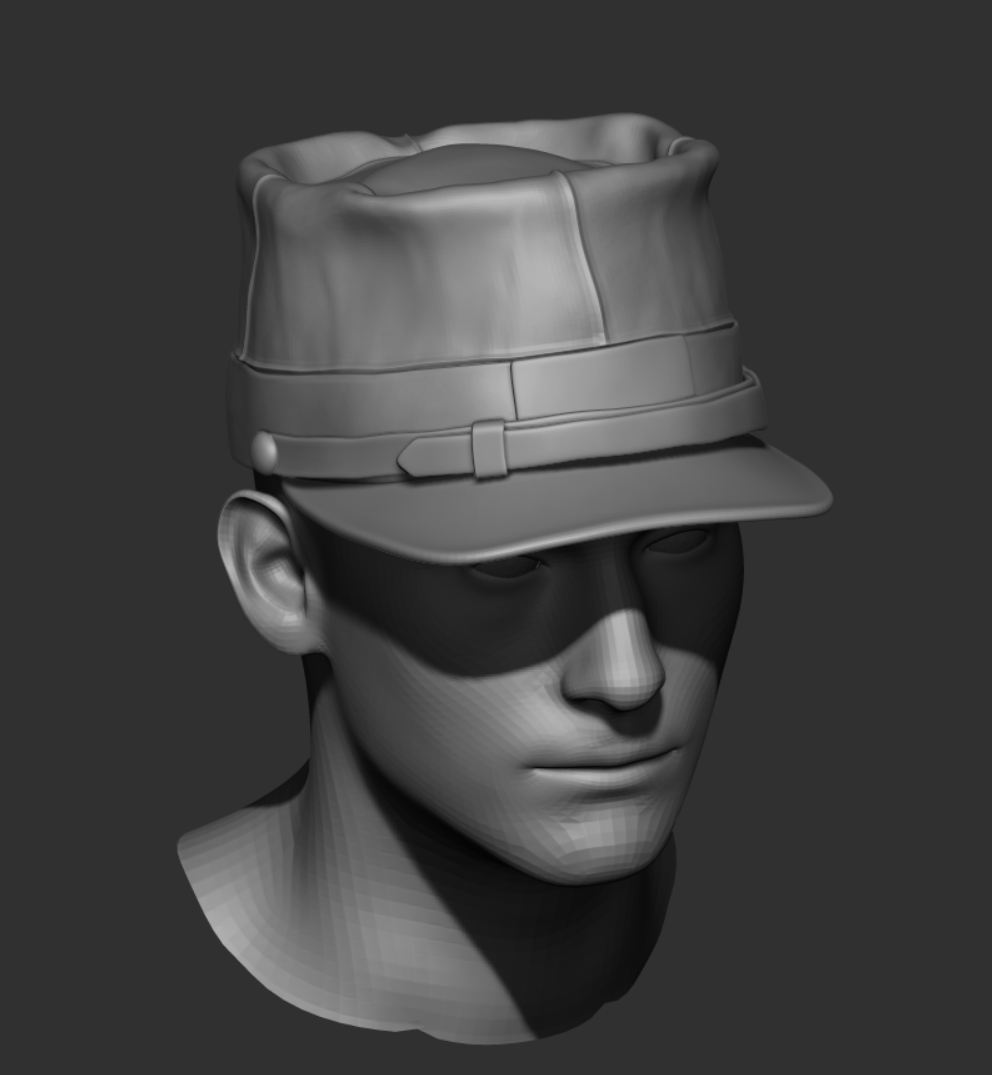 Another option for players will be this obscure early war Stahlkappe when playing as the German Empire. This metal covering for head protection was used for a short time before the Stahlhelm was introduced. This helmet will be available on pre-1916 maps. 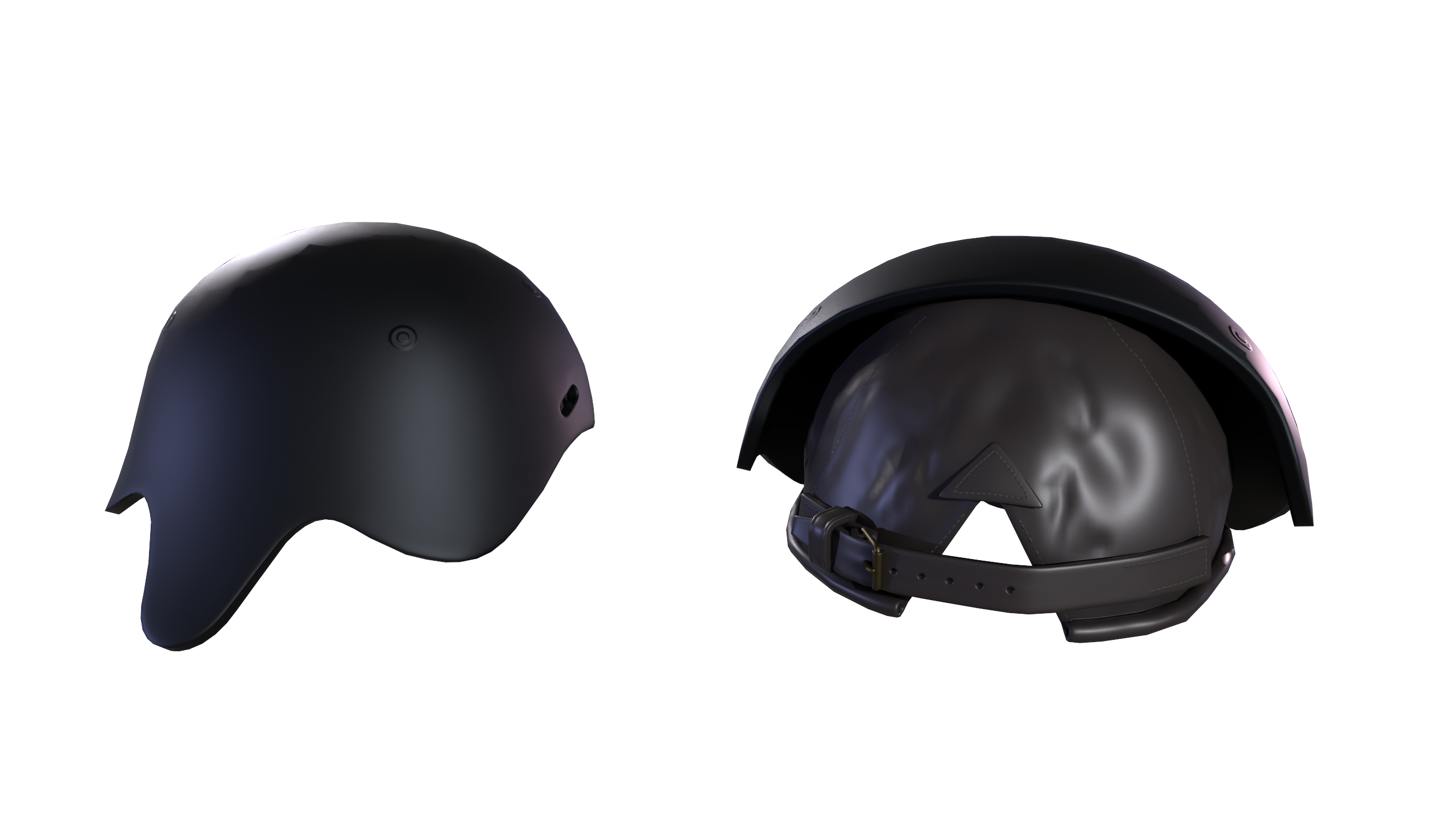 The customization system arriving in Operation III will have plenty of choices for players to mix-up how their character looks in-game. Our art team is having some fun seeking different options for players to add their personal touch without breaking historical accuracy. One option seen here is the eye patch, covering the injured eye, presumably suffered during deployment. There will be both left and right eye patch options. 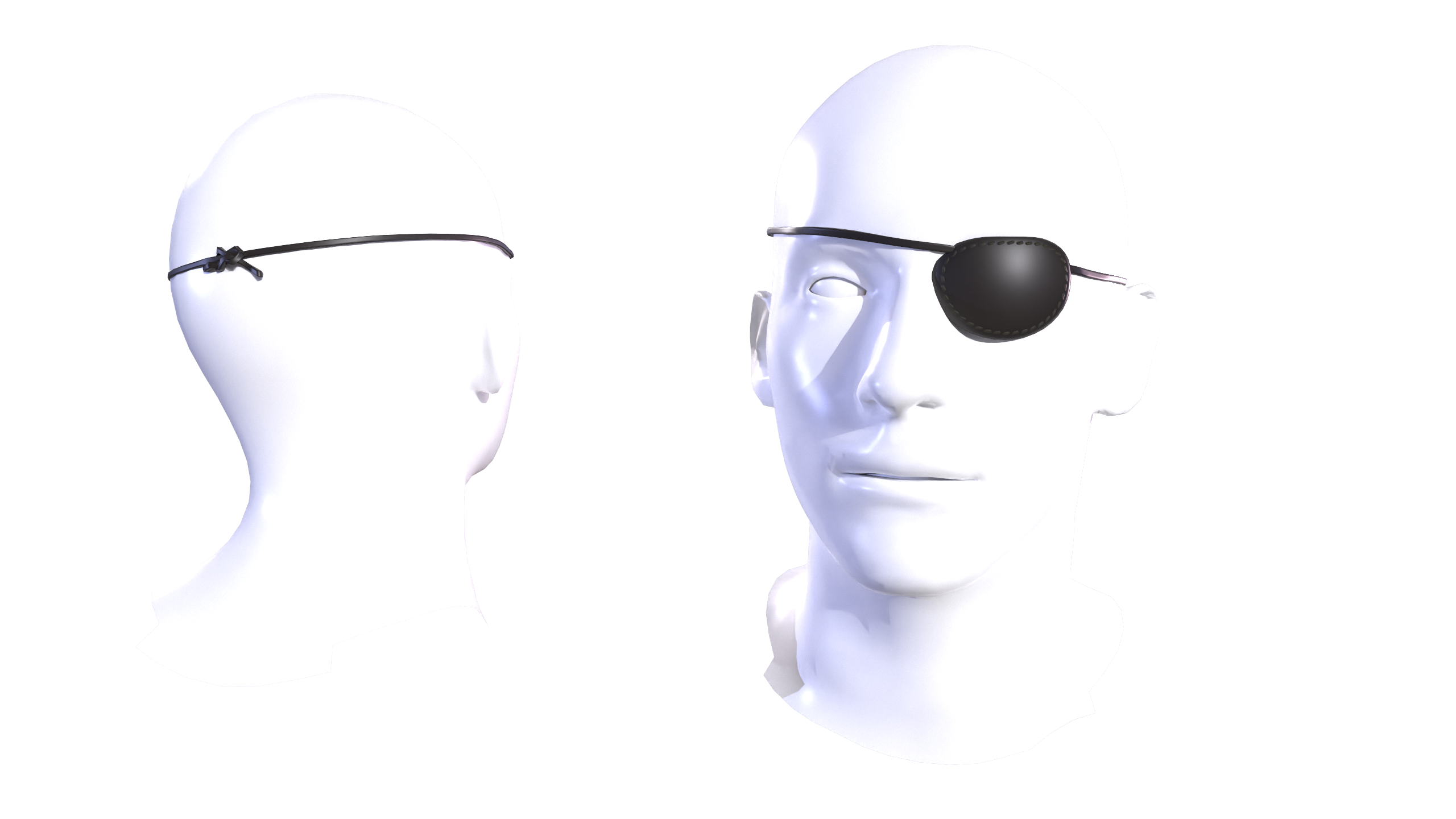 We’ve heard the feedback from our regular Commander players, and the design team have been looking into fixed telephone points for Commander’s to access their Command Menu. The devs have been searching through references of WW1 field telephones to come up with a model that suits and here is the initial idea. Brainstorming options that are historically accurate, the model needs to be easily identifiable in the heat of battle. This model is a first version so expect changes, but eventually they will be found within the HQ spawns of each sector. Stay posted for updates and when these new commander tools are expected to be introduced! 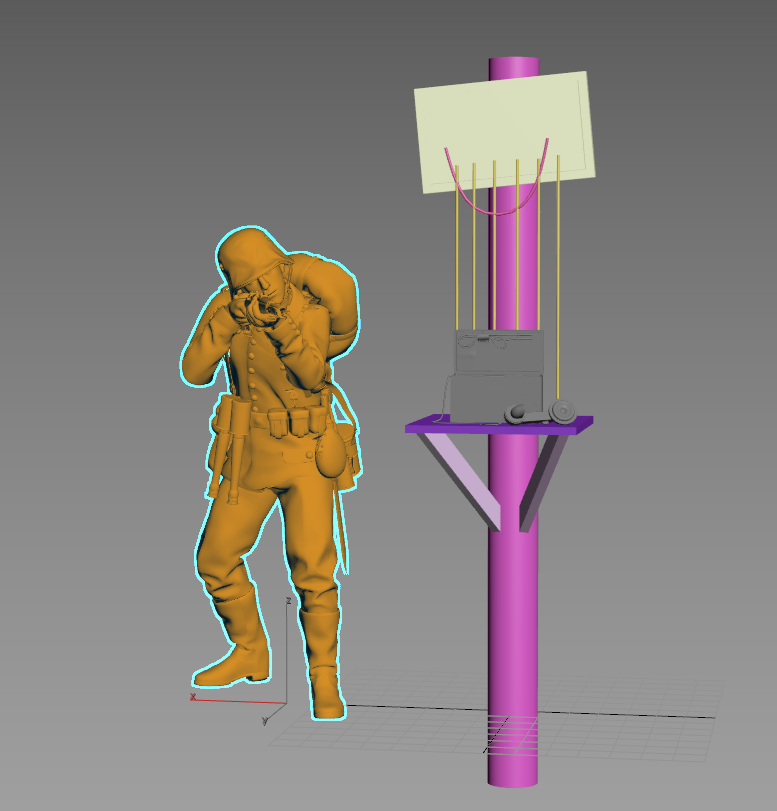 A couple of weapons we recently previewed have been run through the animation department and here you can see the smith & wesson hand ejector shooting and reloading animations. This Canadian pistol has a beautiful reload animation which the team are really proud of!

Also the iron sight Ross MkIII has it’s reload animation completed. The straight pull of the bolt is really satisfying and we’re sure this rifle will be a favourite when it arrives!

Work has been done this month to implement the first version of a “Vote to Kick” system which will allow teams to remove problem players if the vote meets the threshold. Currently requiring 5 votes to kick, players will be prompted by a UI pop up asking to cast a vote. This new system has recently started development so expect some more information down the line when we can share more detail!

Stay tuned for our upcoming Operation III preview blogs where we will be drilling down into the detail of these new additions and changes. See you in the trenches Soldier!