Our latest instalment of Development Recaps showcases the newest versions of Frise and Ansoncourt, coming with Operation III. Taking some time and attention to our previously released maps, the Level Design and Environment Art departments have been updating old assets and raising the standard of original maps to match our newer, soon to be released levels. We’ve broken down some of these changes in this article, read all about it below! 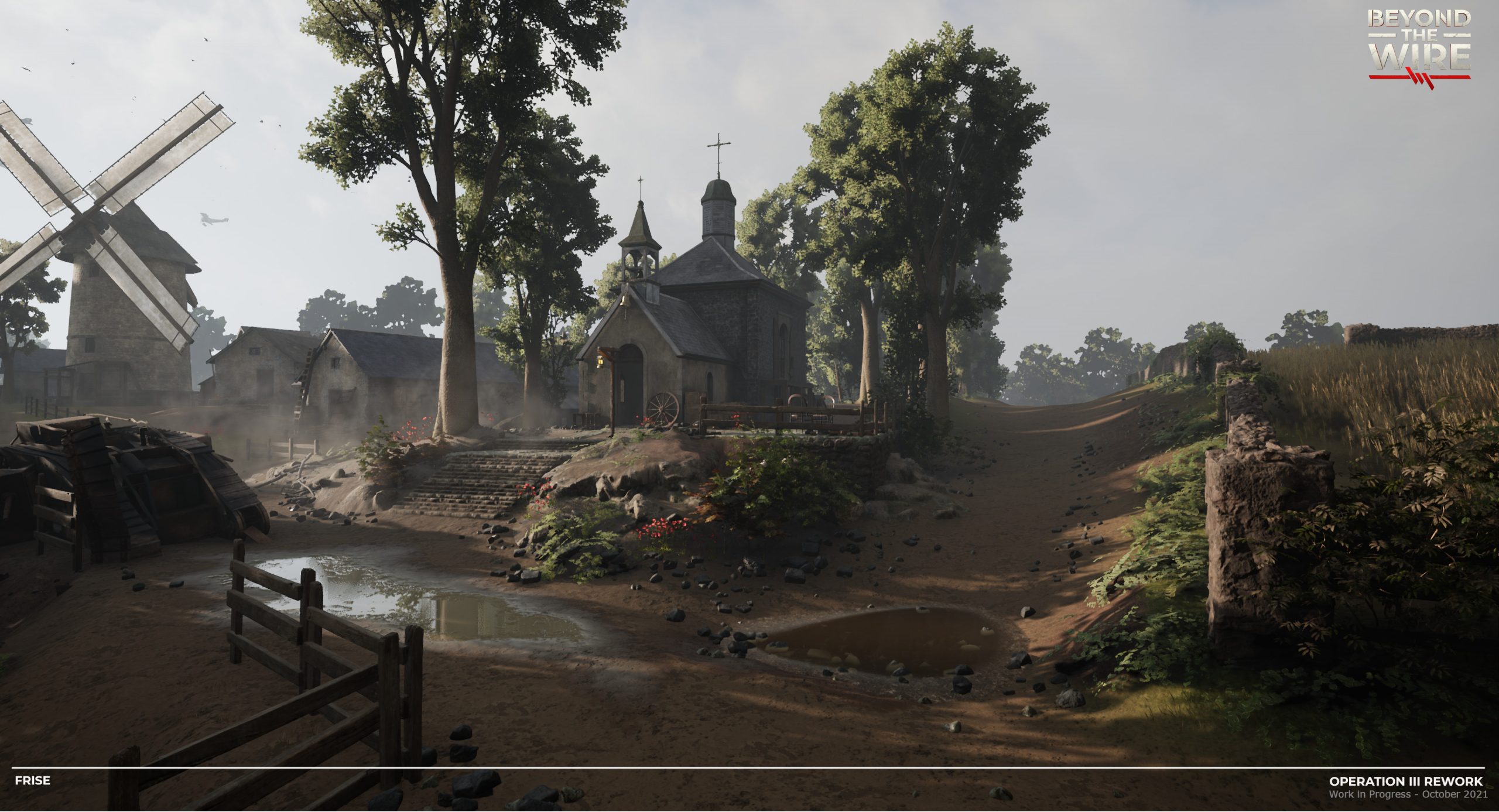 Part of the on-going work in bringing the older maps up to standard is the upgrading of general level art. Aiming for a consistent and unique look for the maps in Beyond The Wire the teams have been ensuring that our older maps are aligned with our latest content. Identifying areas for improvement, level designers have introduced new shading techniques for landscapes, specifically areas of wetness such as puddles and soaked grounds. In addition to these shaders, new landscape tiling has been added to help smooth out patchy and repetitive ground textures. 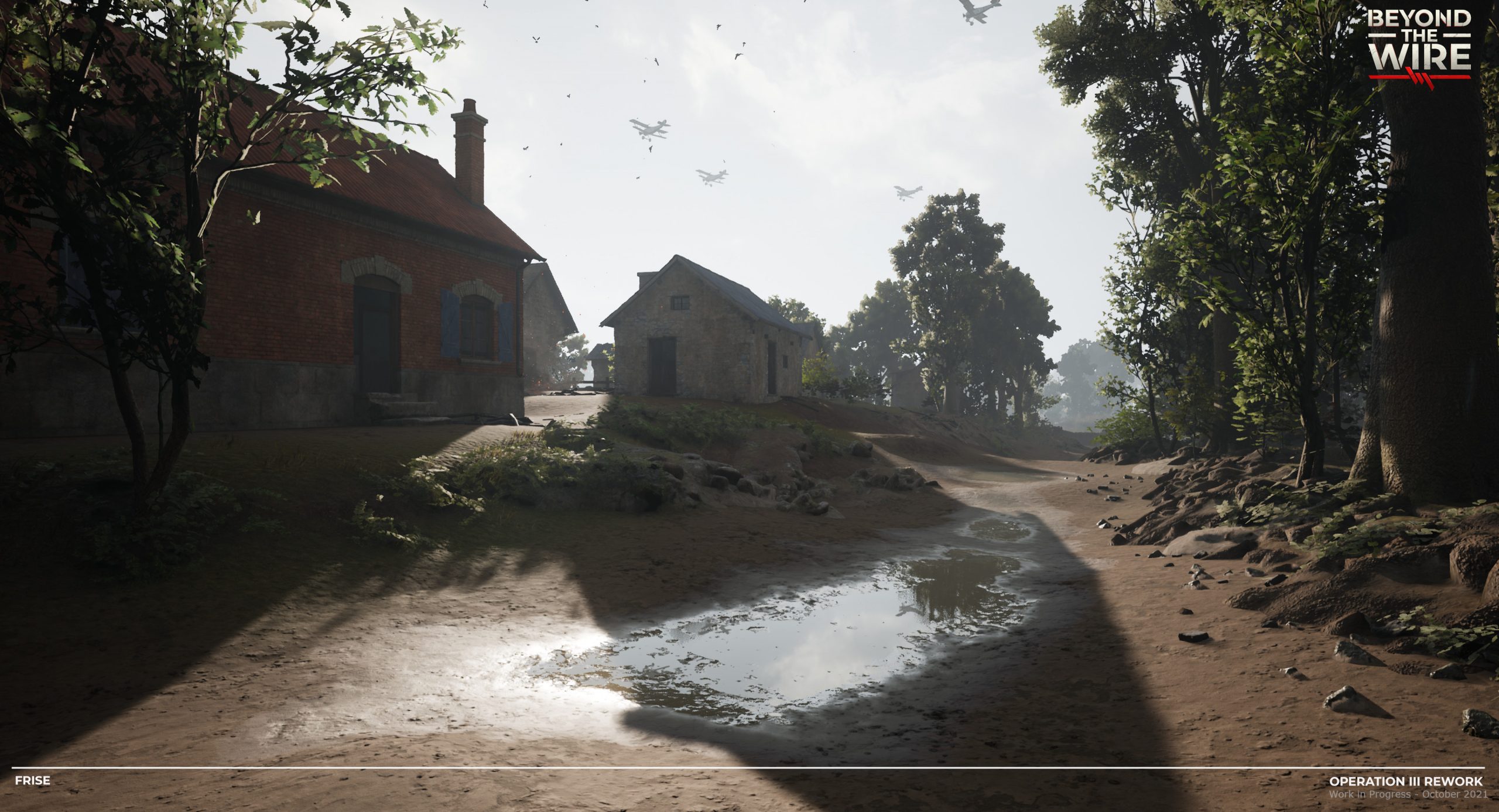 Old assets have been removed or updated giving performance benefits as well as polishing visuals. Other small problems like collisions causing players to get stuck have been fixed, which have also helped the flow of the map which had previously been affected. 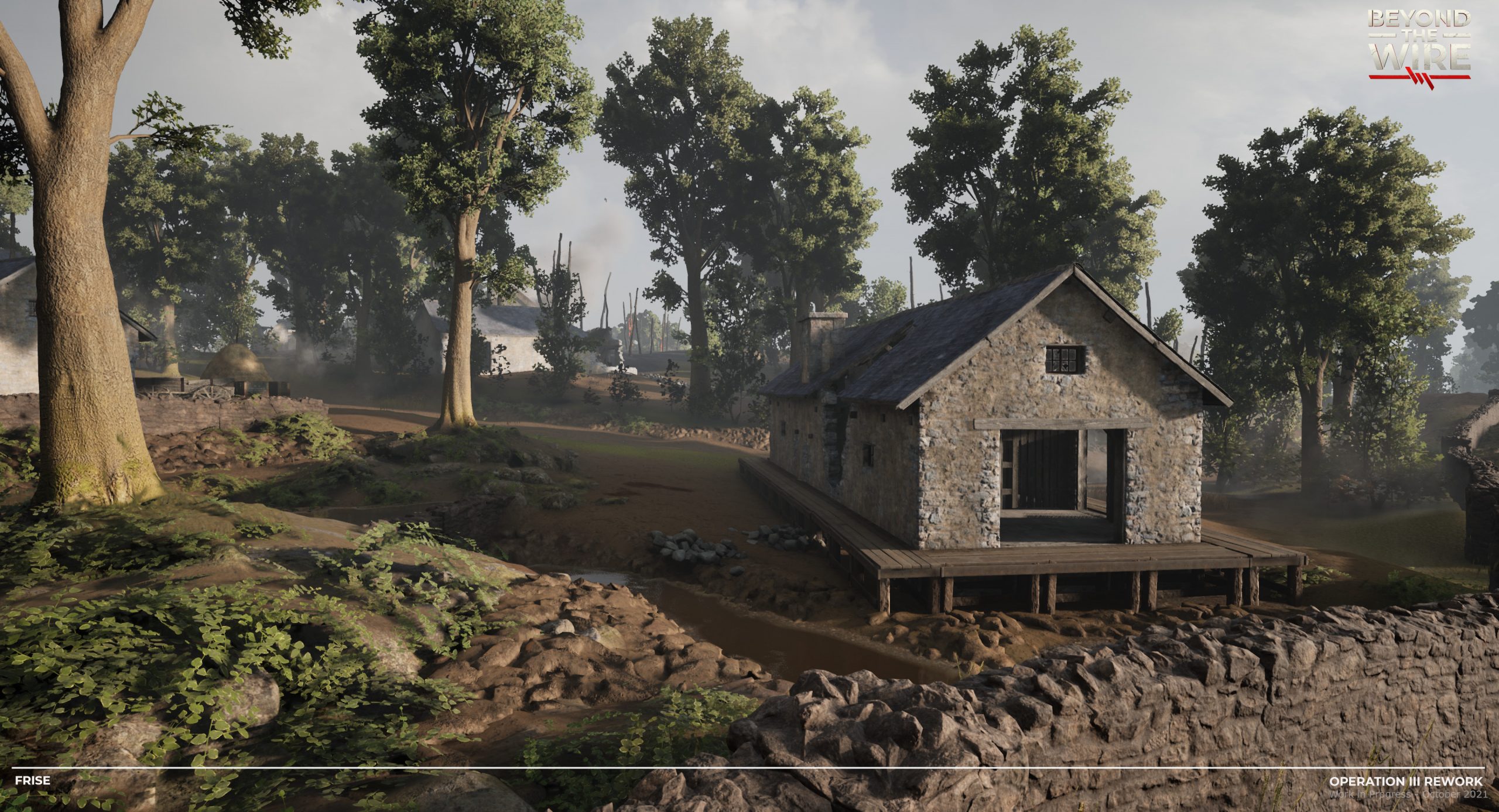 Further work has been done to clear up paths and revise areas of cover to improve movement for players. This work has been done as part of general design work to create more interesting gameplay spaces including where assets are placed in relation to each other. 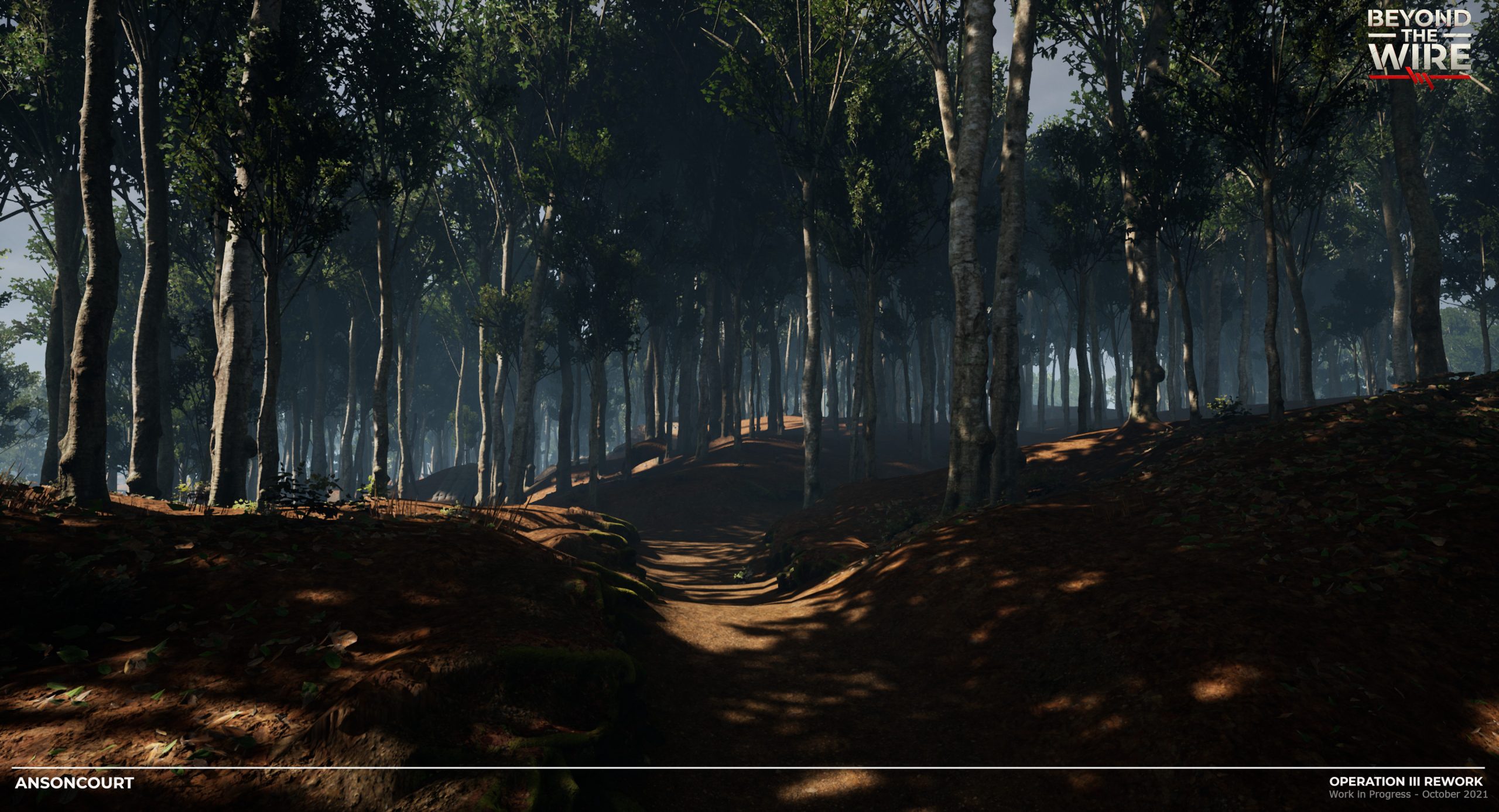 A main priority for these reworks have been to increase performance through optimization work. Taking the intention to all aspects the level design team have made significant improvements via reductions in triangles and draw call count which gives consistent performance across the library of maps for Beyond The Wire. 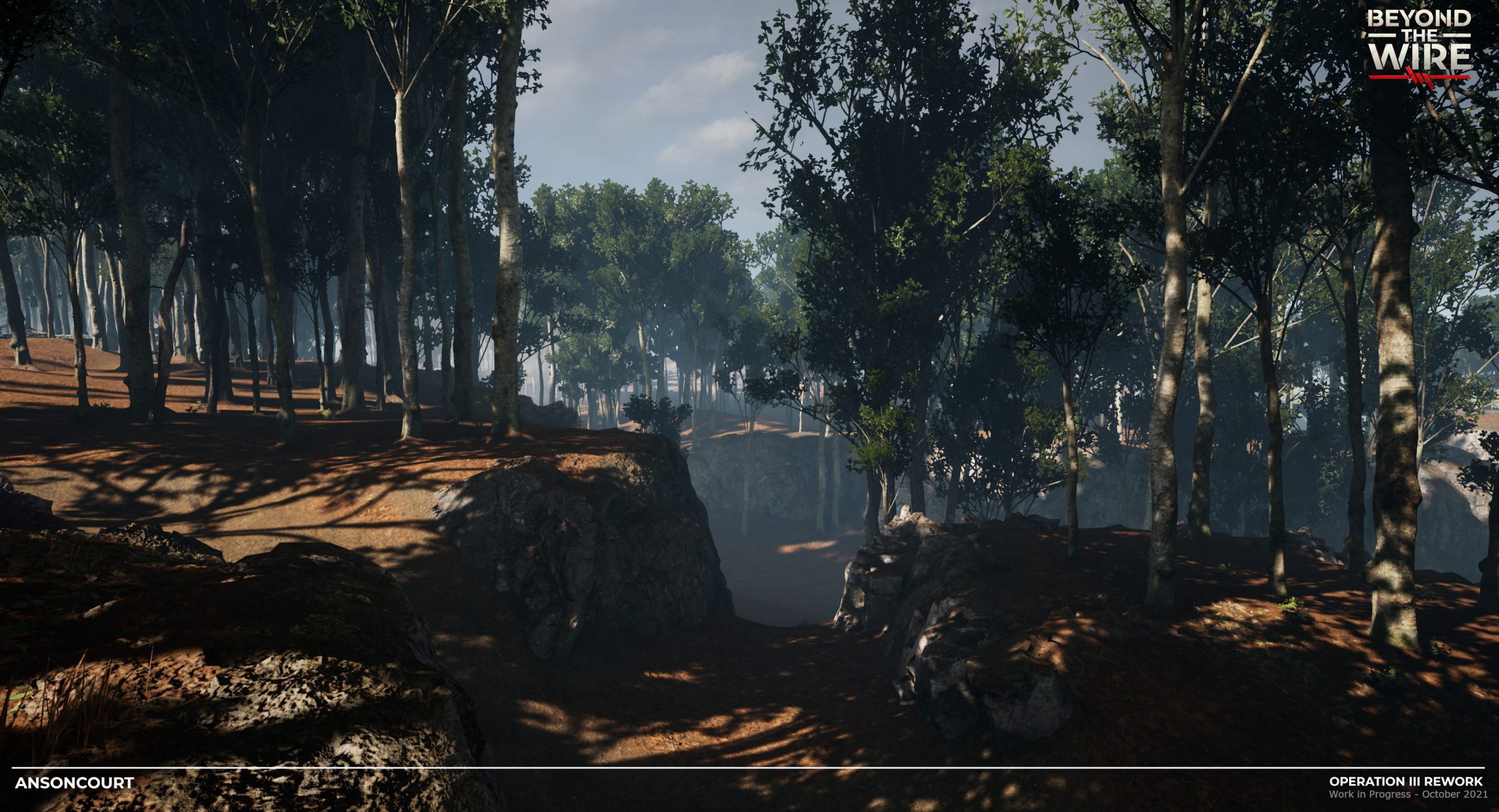 Ansoncourt in particular has had extensive work done with areas being re-sculpted to create more variety in combat spaces along with new Points of Interest aimed at helping players navigate around the map. This field of battle from the Meuse-Argonne offensive now has more realistic ground textures, rock formations and wet textures presenting new ways for players to advance. 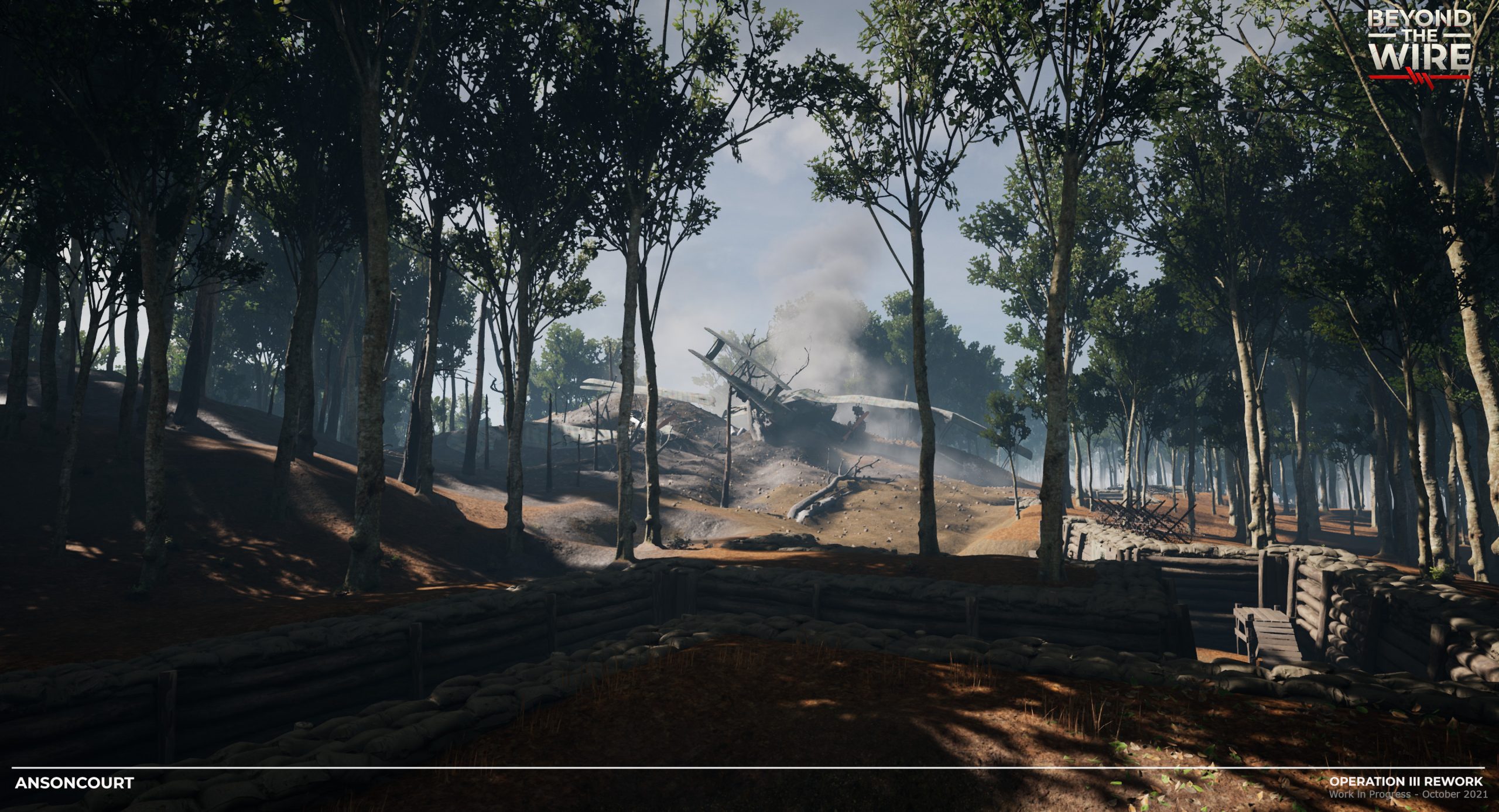 One focus has been a rework of the trench network layout on Ansoncourt, which should lead to more intense close quarter action in the trenches. No mans land has been updated, utilising the new wetness shader has added more realism to the scene, with a slow transition into the dense forest. Progression through the map is more evident as the change in biomes is striking as you advance deeper into the trees. 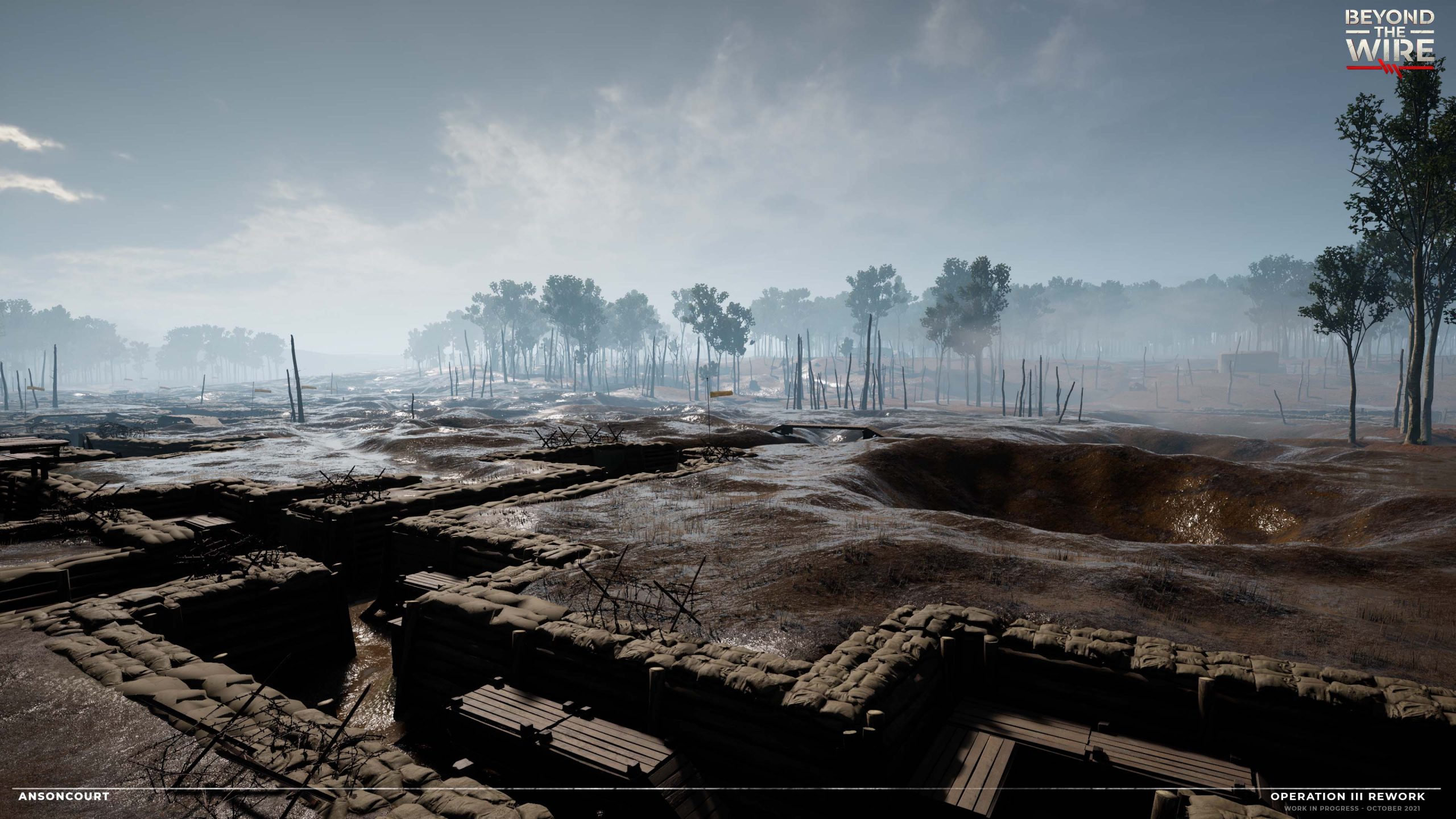 The new wetness shader we have implemented will hopefully give the players a much better feel of the mud that the soldiers had to endure during the war, and will give a new and more authentic look to our maps, especially in the heavy bombarded maps like Zonnebeke and Vimy Ridge. We will continue to implement this new shader on all our maps and aim to improve it more over time. 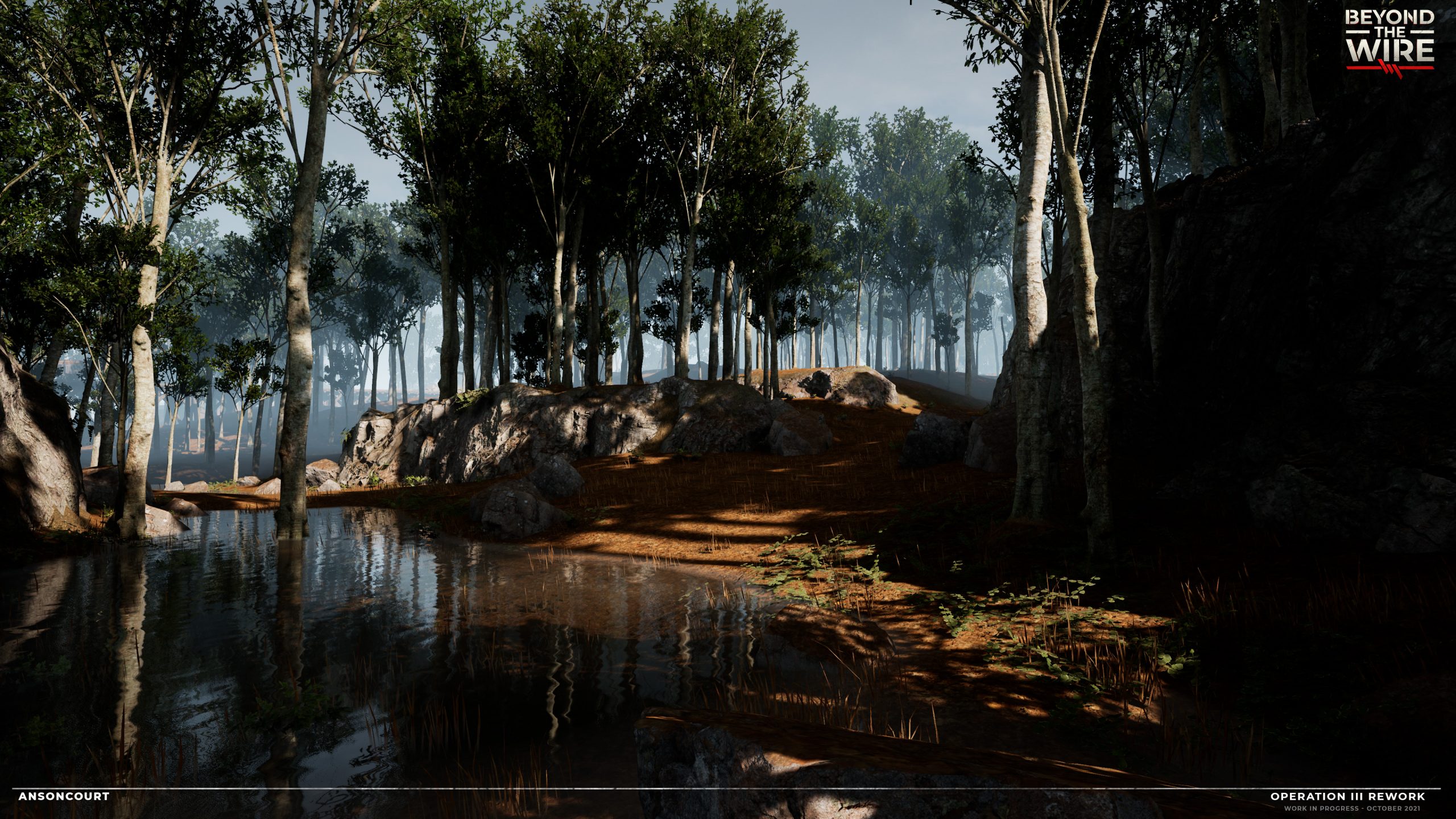 Given the slightly disorientating nature of the forest the team have added a trench rail line that stretches from east to west, and gives the player a visible guide after in the thick of the forest, while also adding more interesting POIs along its track. The train finished up in a small station to the north and inadvertently makes for some interesting combat spaces! 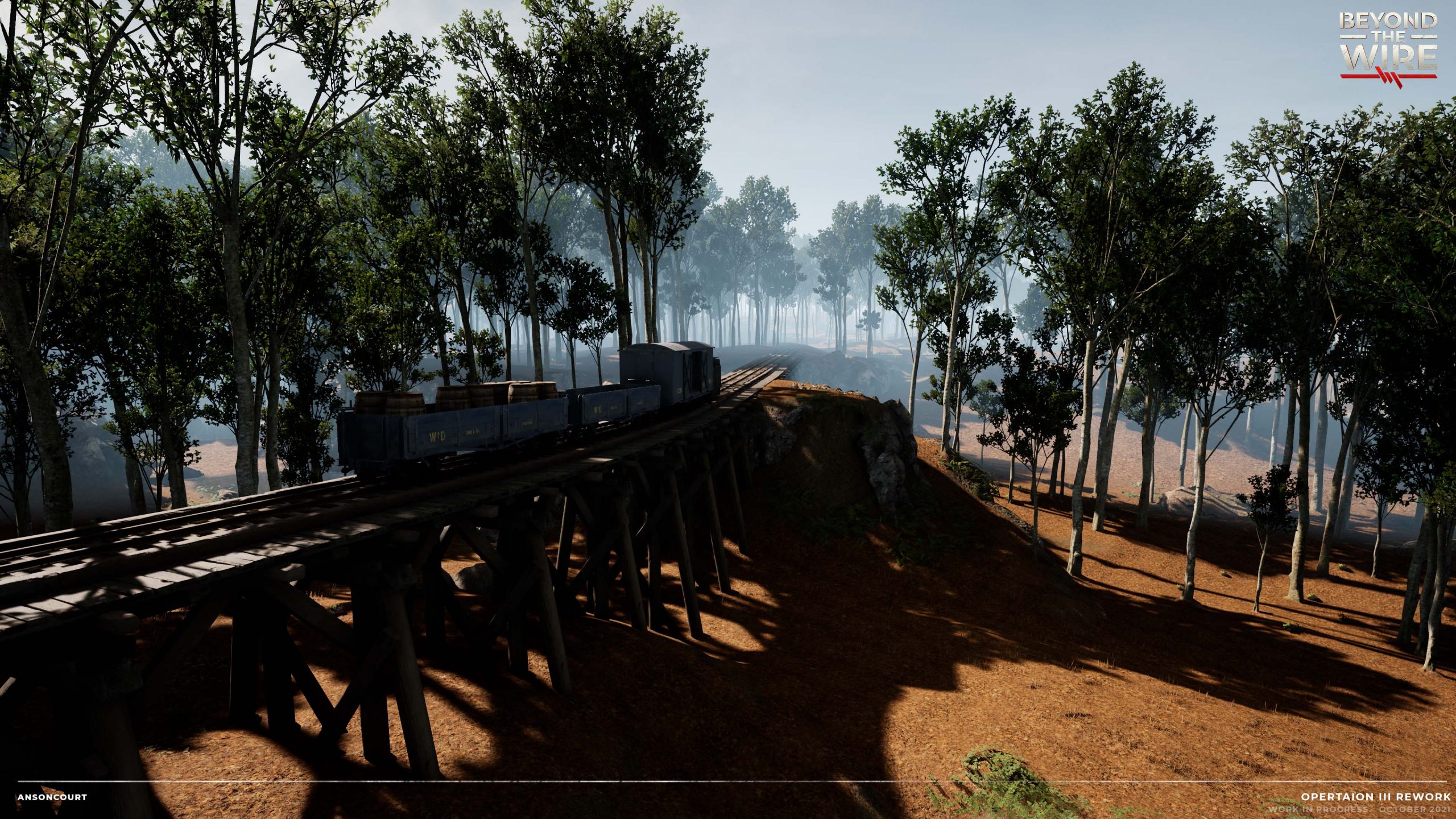 Taking this time to improve original maps means they meet the same level of polish and artistic standard as upcoming releases, ensuring our Fields of Battle deliver an authentic WW1 experience. As always – stay posted for further articles and updates as we move through development. See you in the trenches!