In this instalment of our developer blog series, we will be taking a look at some of the section roles that players will be fulfilling when heading out Beyond the Wire.

With the shocking advancements in destruction and lethality brought on by industrialised warfare, the armies of the world required fresh strategies and arms to be developed. The structure of these armies and their units needed to evolve rapidly to take on the challenges of the new, modern battlefield. 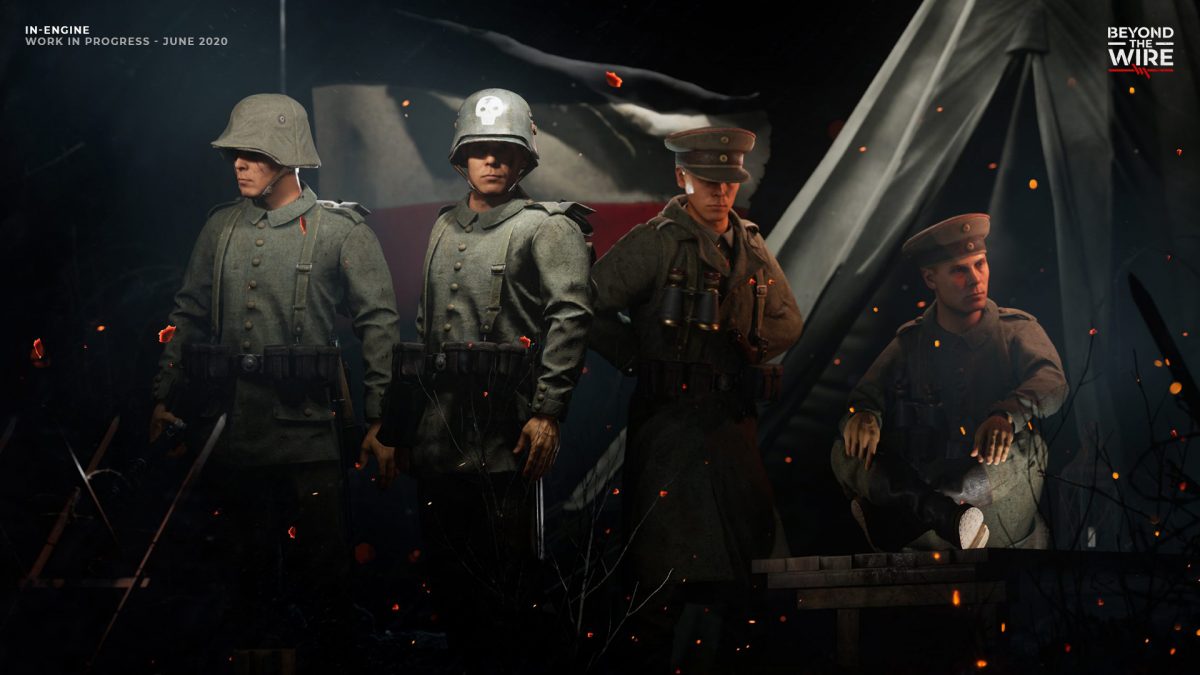 Sections have the ability to tune their approach to battle by what roles the players select. A section can prioritise support and suppression by focusing on rifleman with some LMGs as fire support, or aim straight for the heart of the enemy and kit all-out for a trench assault. The section’s composition will help you achieve the mission ahead. 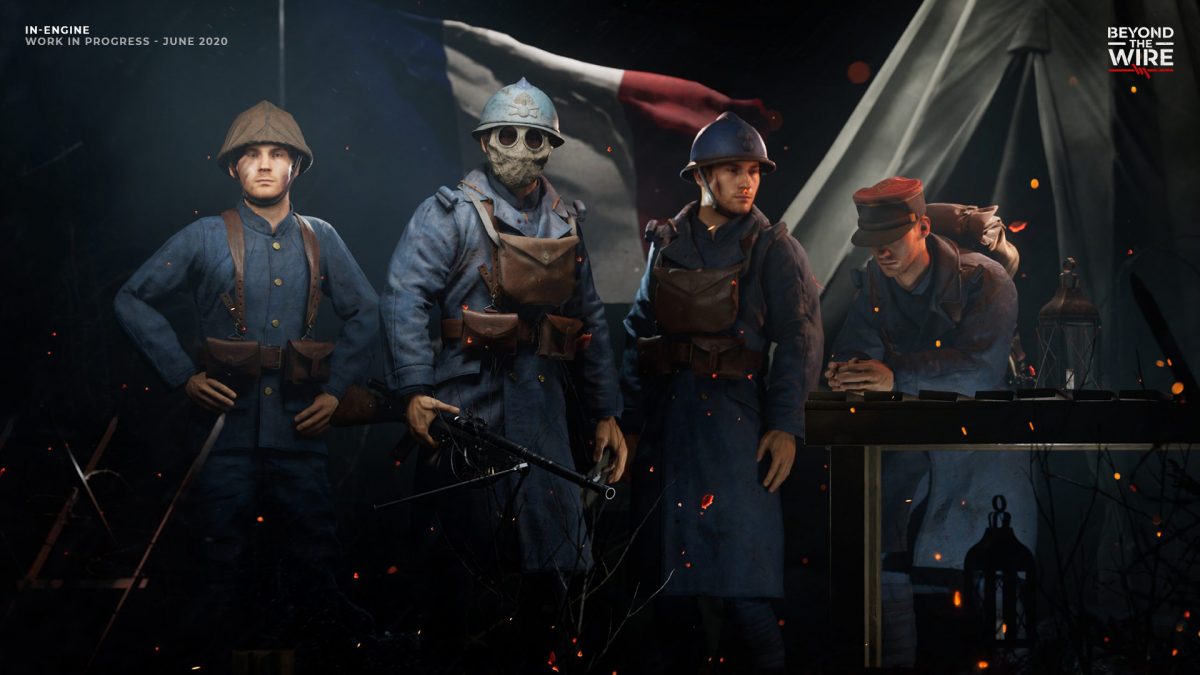 Responsible for getting his section into the fight with the enemy and coordinating with other sections to capture objectives. This role has access to abilities that contribute to the squad’s effectiveness, by exploiting flanks with re-group positions or guiding his unit’s fire towards the enemy through HUD markers. The infantry officer will also have access to powerful orders that, when triggered, affects his nearby section members, giving them temporary improvements.

Carries out the fight with a bolt-action rifle and bayonet. The rifleman is the core member of the section and can engage at both range and close quarters. They also have access to resupply crates for squadmates to restock before the next push.

The medic is responsible for reviving and healing incapacitated soldiers so that they can continue the fight. The medic is able to revive teammates quickly and help them return to full combat effectiveness through field bandages and medical equipment.

Equipped with a light machine gun, the light machine gunner is responsible for cutting off avenues of approach and suppressing concentrations of enemies. Far more effective when posted on the bipod, the weapon is extremely unwieldy otherwise, and only the luckiest will survive an engagement with these weapons in any other position.

Armed with rifle-grenades, the grenadier is able to clear out hard-points of enemy defences such as bunkers. The grenadier can saturate the objective with fragmentation grenades or clear-out the immediate trench line before the raid.

Tasked with hurling hand grenades and assaulting enemy positions with close-range weapons. Assault troops are the first to push and clear trench and bunker systems but be wary when crossing open ground as you have a reduced ability to return fire.

Armed with rifles equipped with primitive telescopic scopes and responsible for taking out high-level threats to the infantry such as machine gunners or other snipers.

Deploys heavy machine gun. Unable to fire from any other position than posted, ensure your flanks are secure when operating this weapon as any readjustments to arcs of fire will take up valuable time.

In future blogs, we will go into more detail on how these roles help build the structure of a team, but in the meantime, stay posted Soldier!