In our last developer blog, we showed off some of the classes and roles that players will be able to pick up when heading out Beyond The Wire. And in order to get the maximum effectiveness from these roles, teams will need to gel their units together to make a cohesive fighting unit able to take on any challenge on the battlefield. 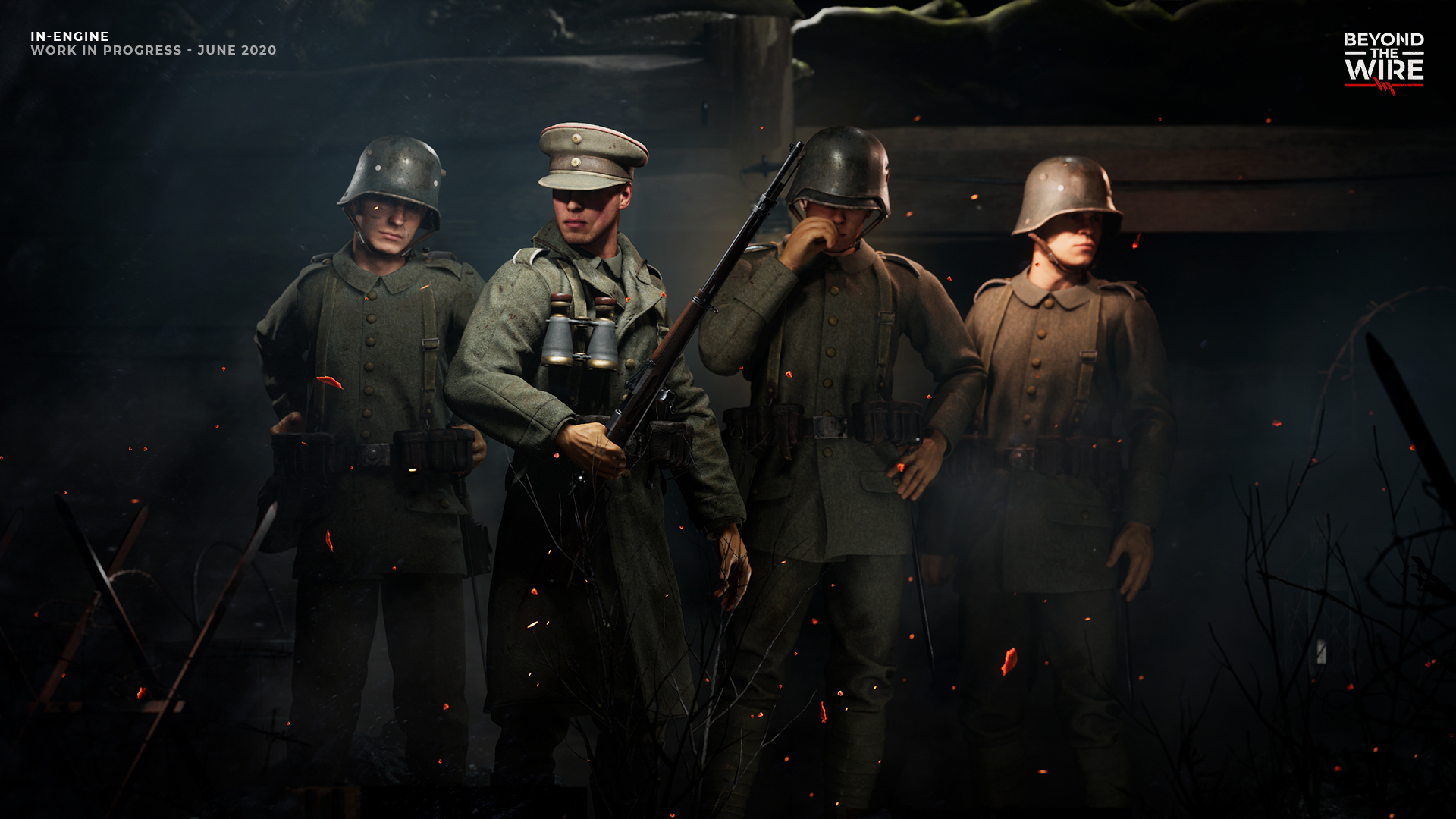 The make-up of a force will have huge implications for their success on the frontline, and each battlefield will have its own trials that must be overcome. So for this week’s instalment, we’re revealing how the roles that players choose fit into the broader scope of the team and what different section types will be available during Early Access.

Responsible for leading their forces to victory, the command section has access to call-ins from HQ that will give their side an edge in any engagement. Whether calling in a smoke barrage to provide concealment for advances or raining down artillery to puncture a defensive line, the commander is responsible for the overall strategy of his team and has the tools to break the stalemate of trench warfare.

A frontline section that makes up the core element of the team. This unit has the flexibility in loadouts for whatever the task at hand is, whether being the spearhead of an advance or the mainstay of critical defence points. Players will need to complement their infantry units with others to create the base of their fighting force.

A small unit tasked with establishing fixed fire positions to suppress and wreak havoc on enemies in the open. With the ability to deploy a heavy machine gun emplacement, these sections will be tasked with covering friendly charges towards the enemy line through tremendous firepower and will be one of the main components of an organized defence. Unable to be moved easily, players must be wary of positioning and ensure they have friendly support to cover their flanks

No army is complete without the support of powerful industrialized artillery. The artillery detachment is responsible for deploying and manning powerful artillery pieces as well as building defensive fortifications. Like the machine gun detachment, the artillery gunners will need some protection from roaming enemies in order to maintain this superior firepower.

A small detachment of a marksman and his spotter. These units will be tasked with finding sniper positions in cover to eliminate high-value targets and report on the enemy position. Due to the lethality of this combination, teams will have to make a priority of flushing out vantage points and sniper coverings to ensure the safety of their comrades.

That is all for this week’s instalment, we hope you have a better idea of how teams in Beyond The Wire will line up before the fight. Stay posted for further detail and information, Soldier!