The latest instalment of developer blogs is a  reveal of the American Expeditionary Force (AEF). Closing out the faction reveals, the AEF is the third faction that will be available at Early Access release. Weighing in with some of the highest standards of weaponry and uniform, players will have a tough time in any match-up against this faction. 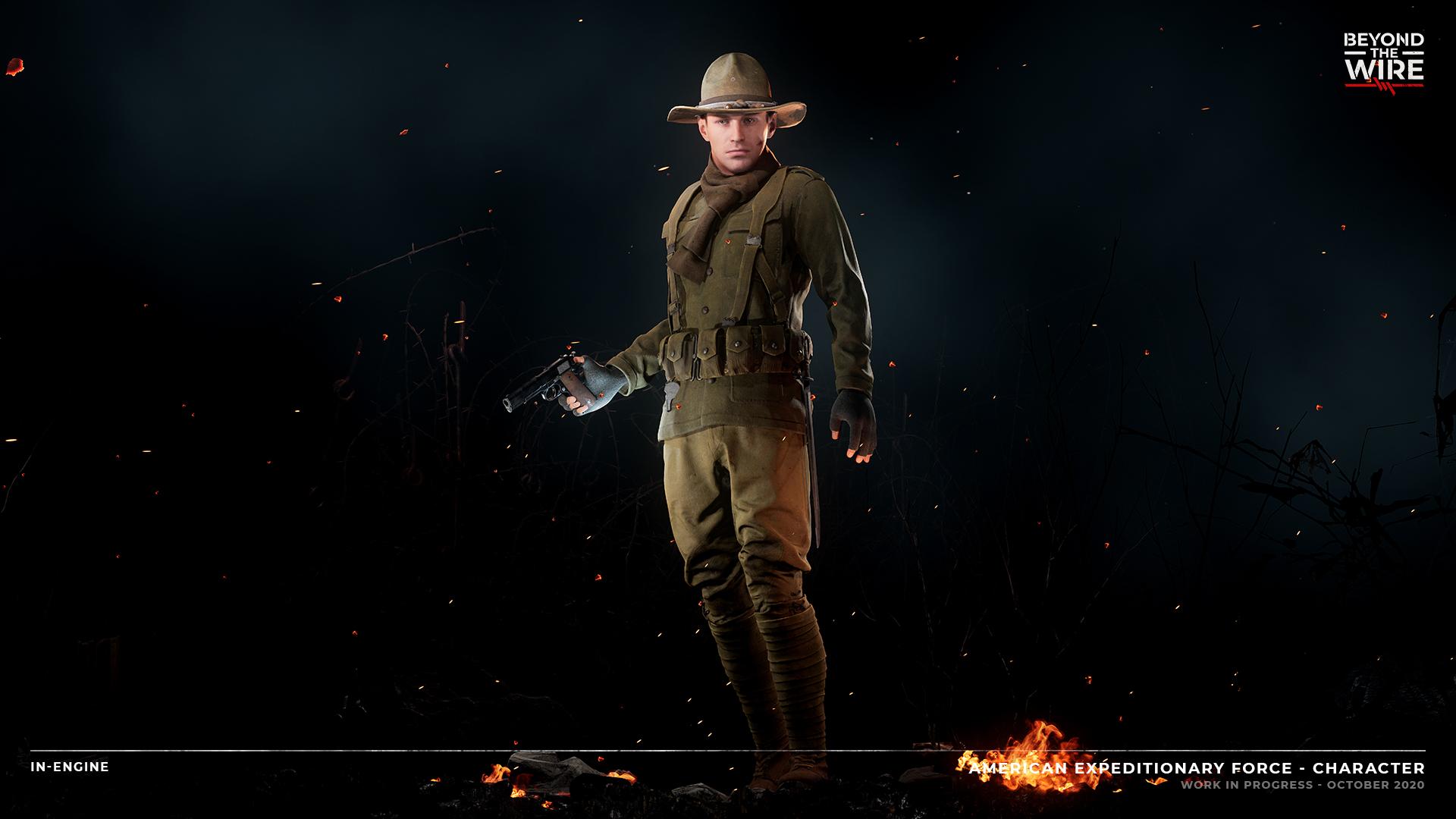 Despite being a supplier to the Allied Powers, the US had remained neutral before entering the conflict in April of 1917. Mobilising millions of personnel to the war effort, the US was reinforcing the Western Front with 10,000 men per day by the summer of 1918. 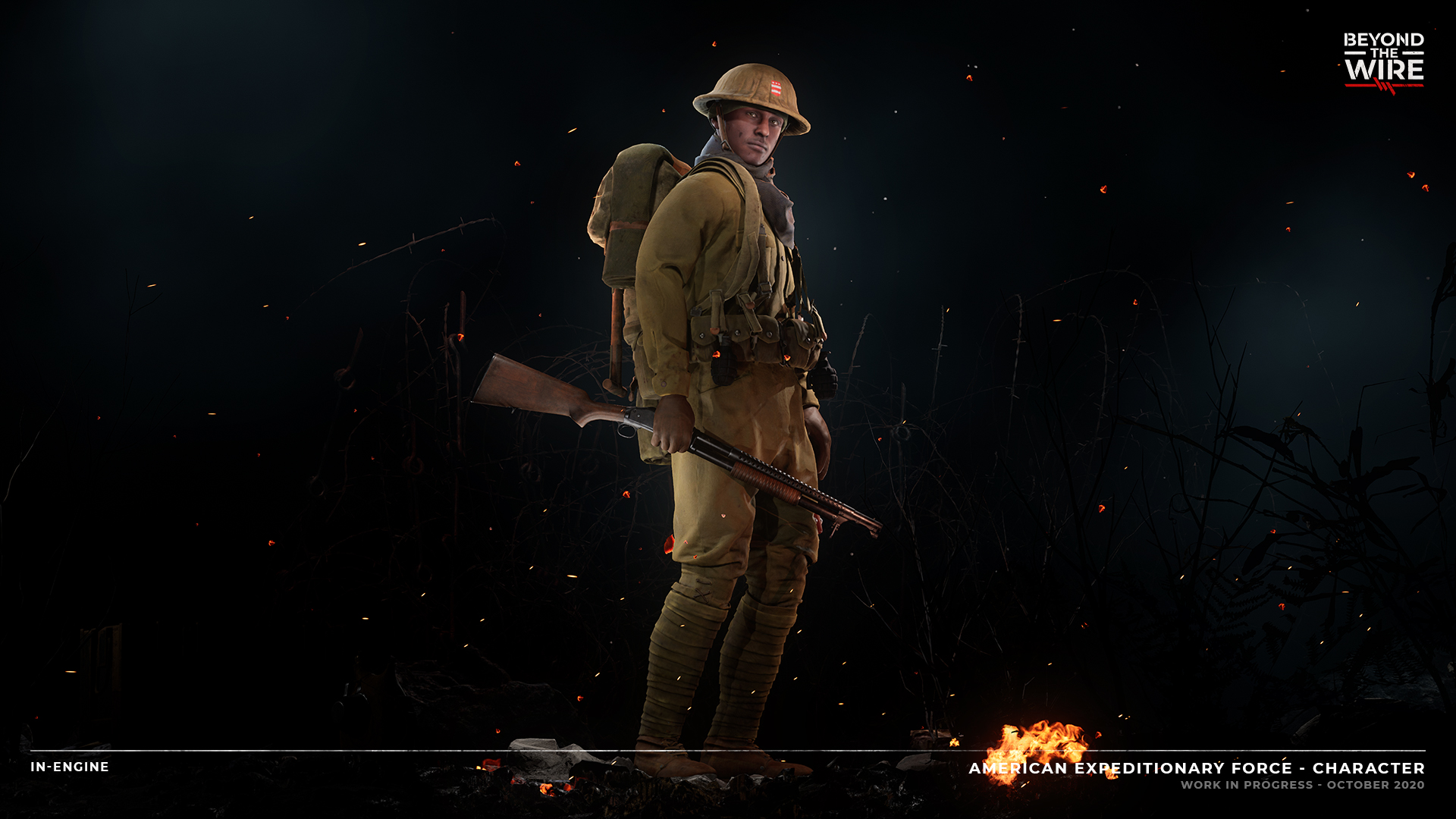 Combining their own innovations with many of the entente’s equipment, U.S. forces were thrown into action after a series of successful advances on the Western Front by the German forces. Over the later part of 1918, the American Expeditionary Force played a pivotal role as the Allies finally halted and pushed back the German Empire. The American uniform was one of the best for the Western Front theatre with no expense spared. The fine, thick-soled boots and thick leg strappings handled the landscape hazards well, and the durable brown wool that made up the uniform provided half-decent protection against the weather. 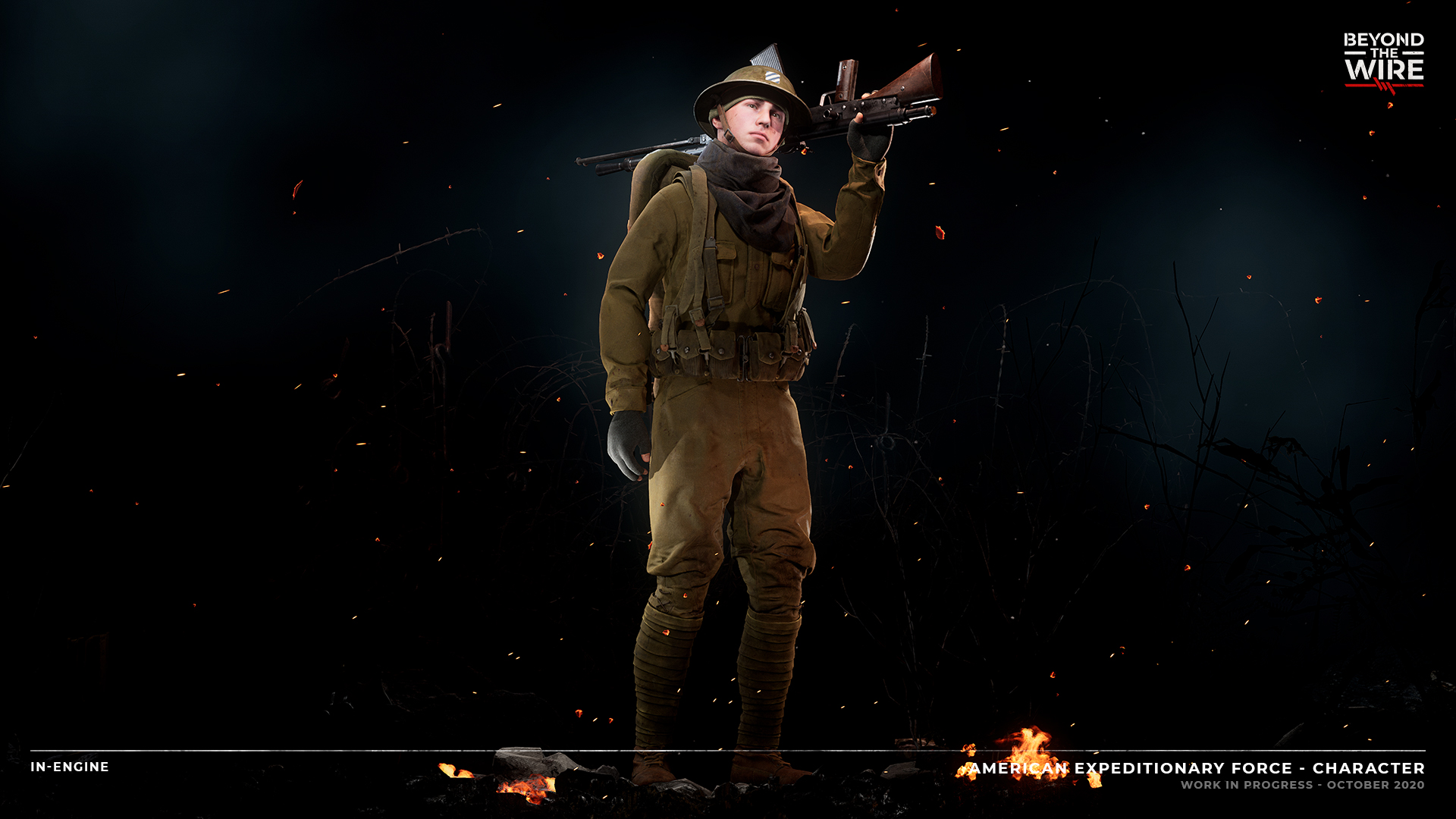 The AEF backpack gear and support equipment were of the highest standard and workmanship, which is not surprising for a country that entered the war later than the rest and not at a point of exhaustion caused by the prolonged campaign. A water flask, first aid kit and other supplementary equipment were attached to the belt in their own pouches along with ammunition. The AEF adopted the gas mask made by the French Army, perhaps one of the most convenient in the entire war. 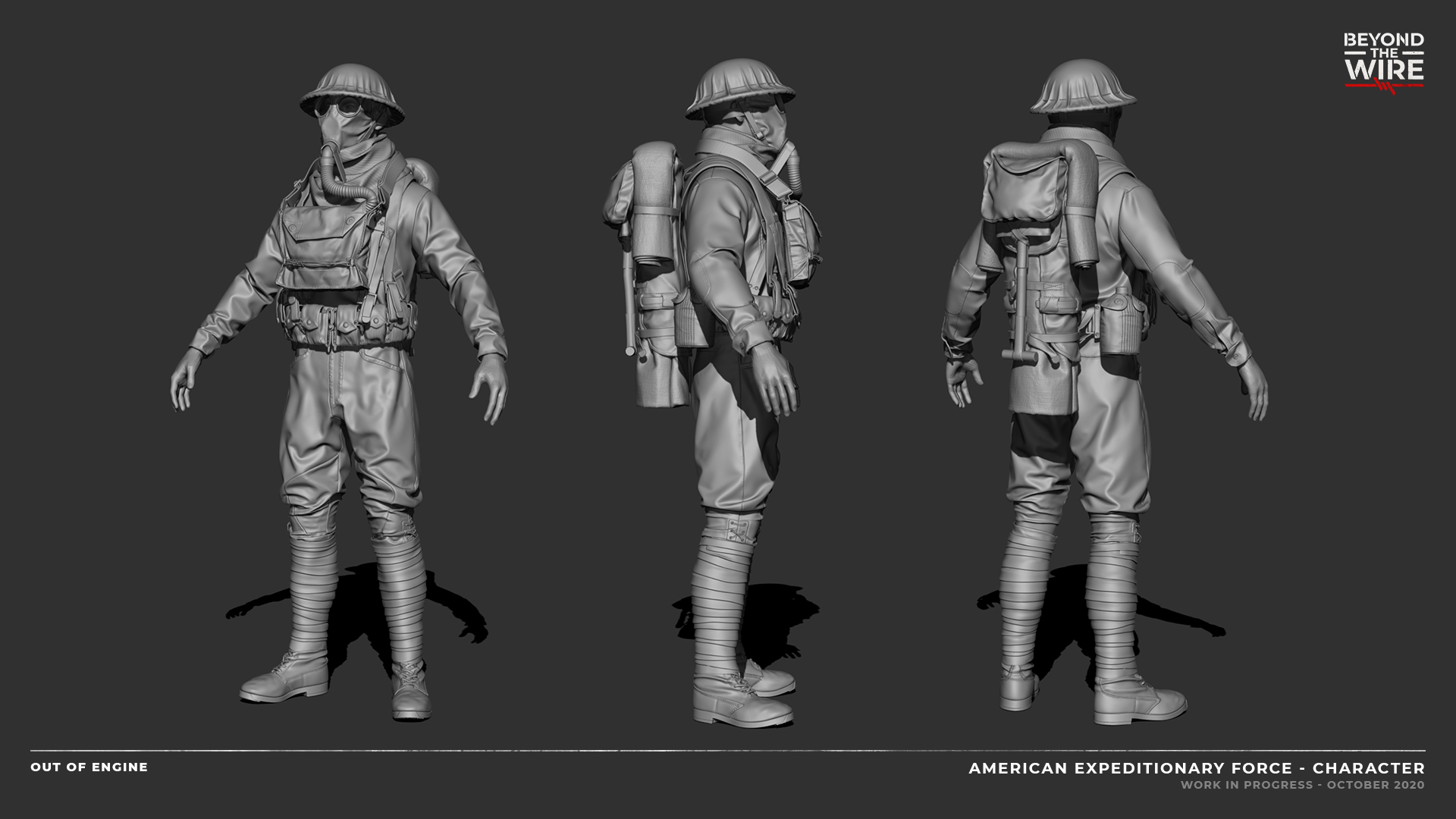 The haversack formed the basis of the “Field Pack” and carried all of a soldier’s needs such as rations, extra clothing, and all personal items. The haversack often contained a wrapped tent along with pegs, a shovel and a poncho for cold weather and was secured tight, often with 3 straps. 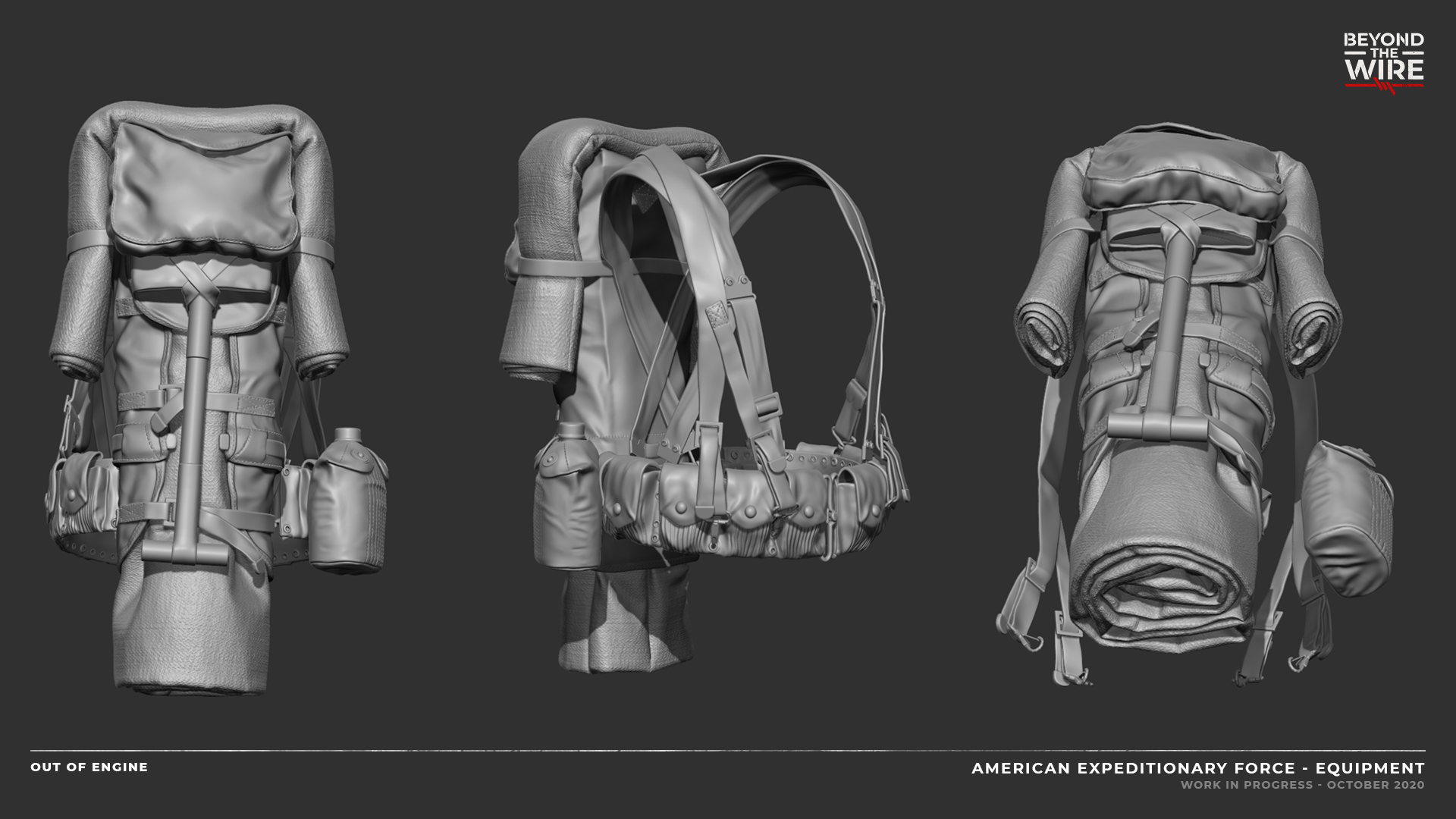 The AEF faction in-game will also have a variety of headgear that is inspired by the items that the soldiers wore during the conflict. NCO’s, Commanders, Assault troops, all have specific headgear that allows you to identify team mates, and enemies, quickly. 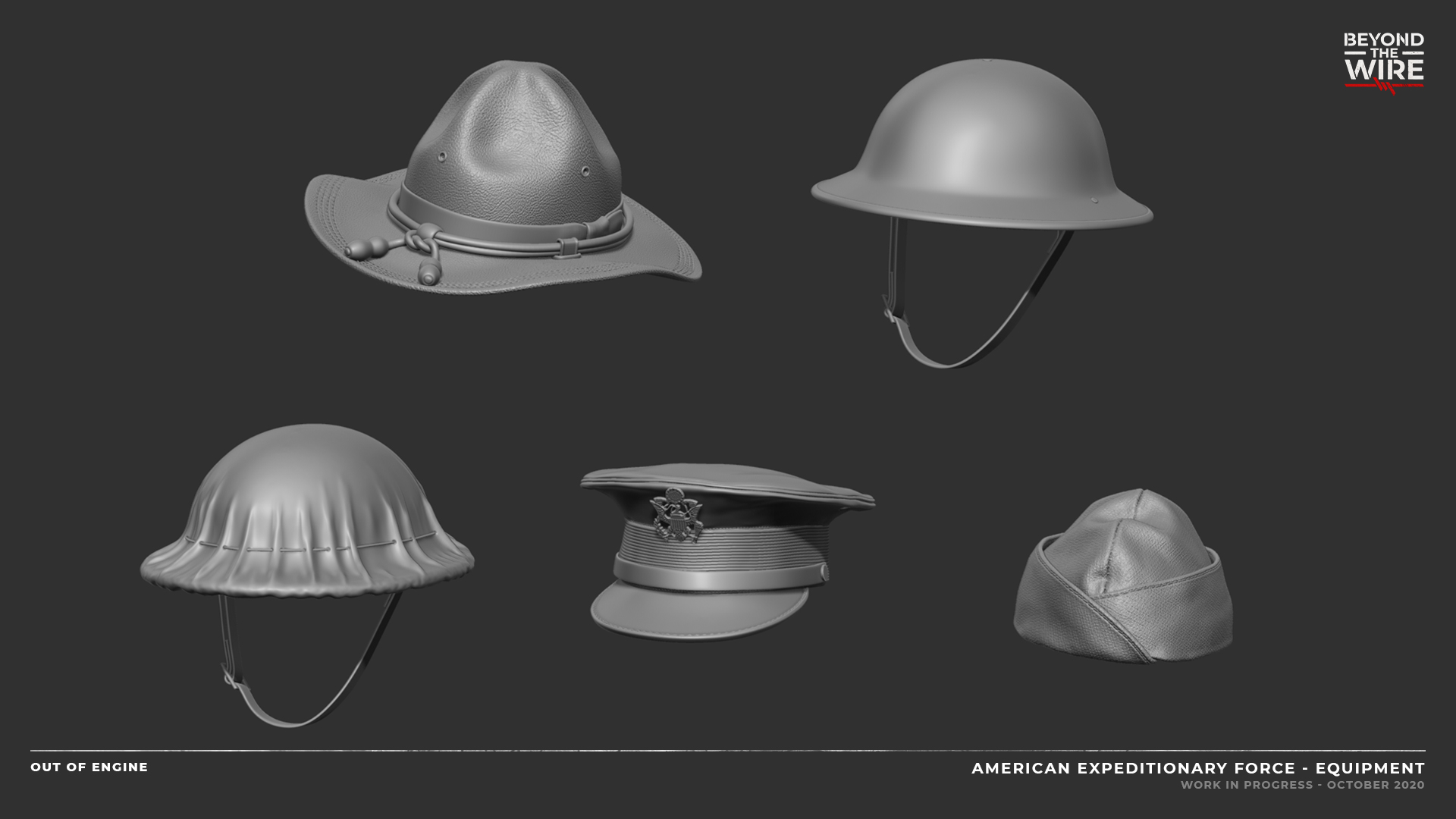 The American Expeditionary Force will be available when Beyond The Wire launches tomorrow at 10 AM PDT / 5 PM UTC / 6 PM BST. Join us an hour beforehand at 9 AM PDT / 4 PM PDT for a launch livestream with some of the lead devs for a chat and a preview of some of the content we haven’t previewed up to now!