Following on from the reveal of Passchendaele we now move the front over to the second map in development, Argonne. To offer a different experience in-game we decided to explore the setting of the Argonne which will demand a change in approach to the battle, given the environmental factors of a forest location. While not being completely accurate to history, we aimed to deliver a different feeling that would break up the barren look of no man’s land that featured so heavily during WW1.

The Meuse-Argonne Offensive was part of the final Allied offensive of World War I and was one of the attacks that brought an end to the War. With over a million American soldiers deployed to the front, it was the largest operation of the American Expeditionary Forces (AEF) in World War I. 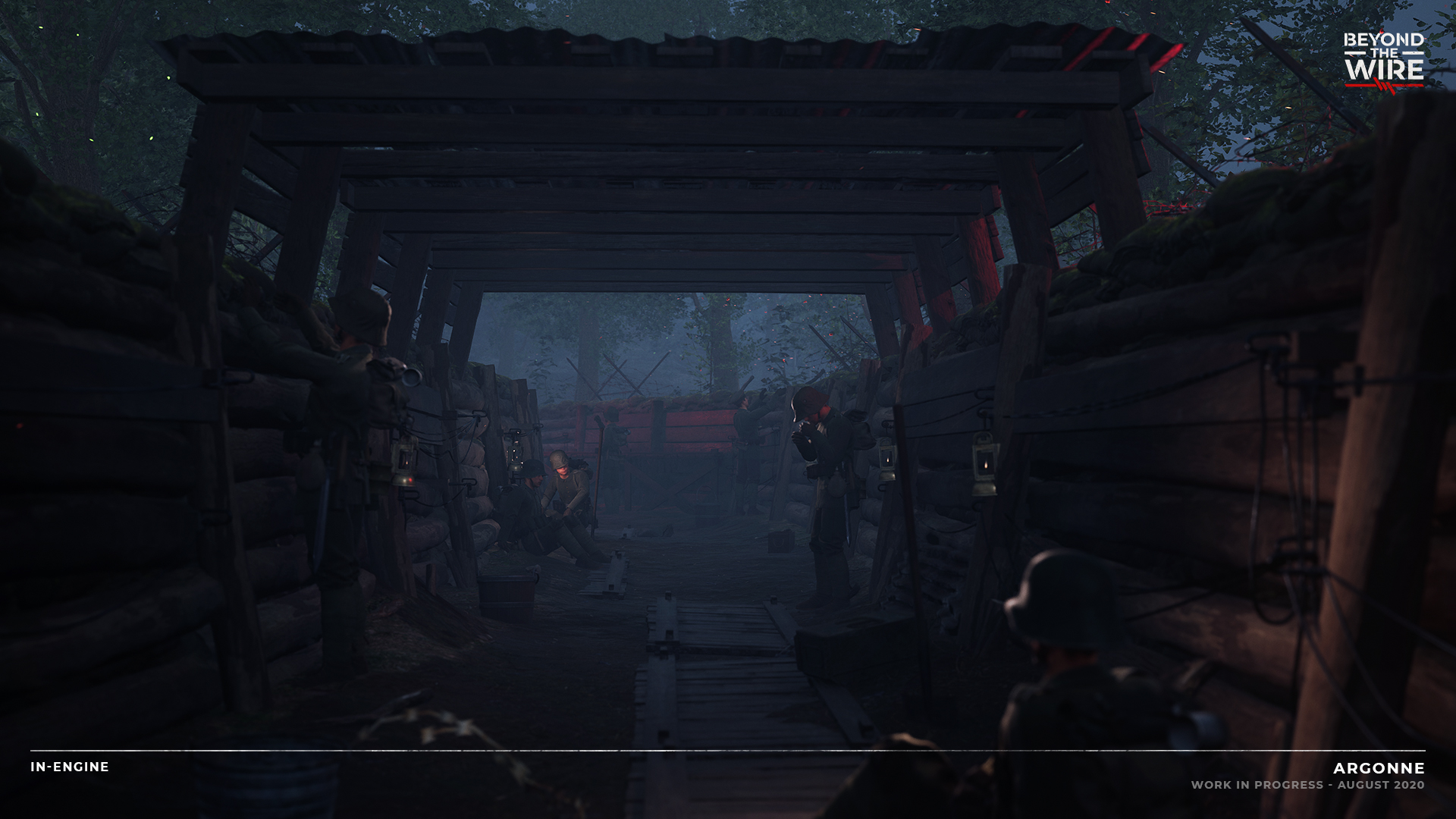 Ranging from the dense woodland of the Argonne Forest, sprawling, extensive trenches and engulfing shell craters, the Argonne will be one of the most diverse environments in Beyond The Wire. Featuring 1km² of playable area, players will need to be alert to the enemies movement to prevent surprise assaults from all sides. 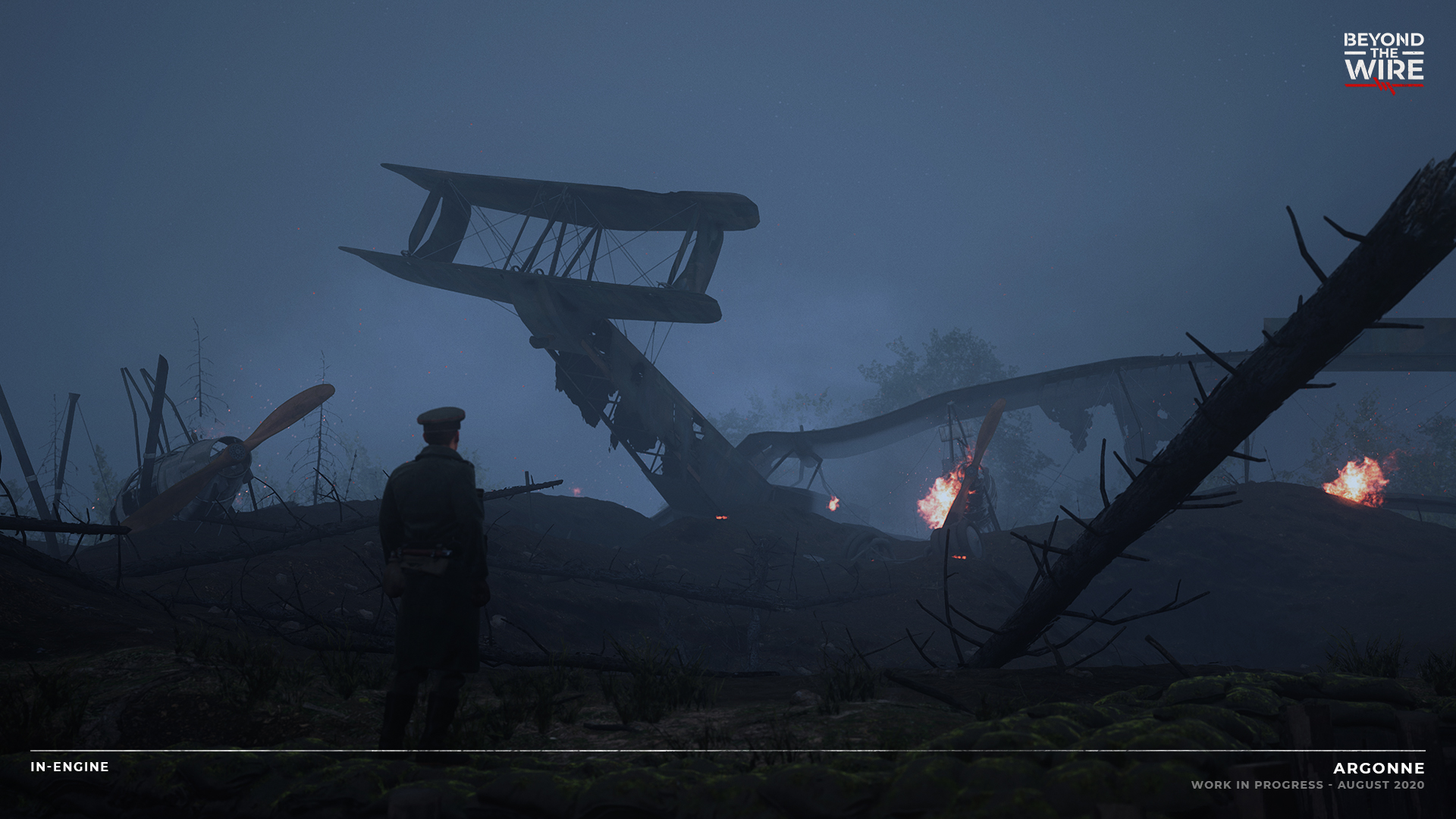 The level is designed for players to traverse a variety of environmental challenges before converging on an opening between the tree lines where a downed aircraft and huge craters make for a tough grind to push back the enemy. The open land is ideal for machine gun cover to assist the friendly charge but this opening will be well contested as teams try to claim a foothold beyond their lines. 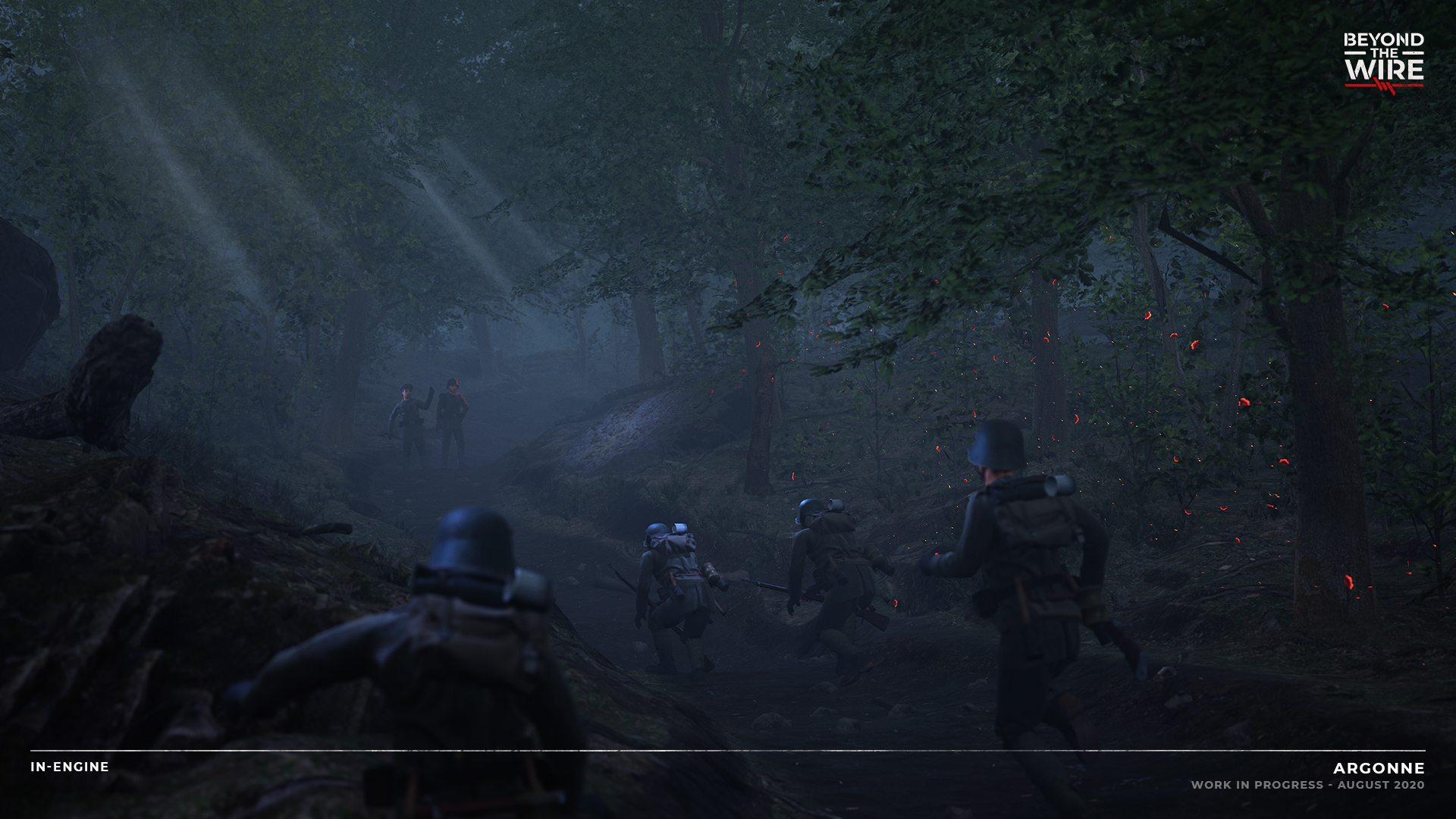 The dense forest gives some opportunity for sections to move outside of the trench networks on their advance, but safety can only be partly guaranteed inside the well-established trenches, which have been largely untouched prior to the offensive. Moving through the trenches carries it’s own risks though, with underground bunkers and high walls hiding threats around each corner. 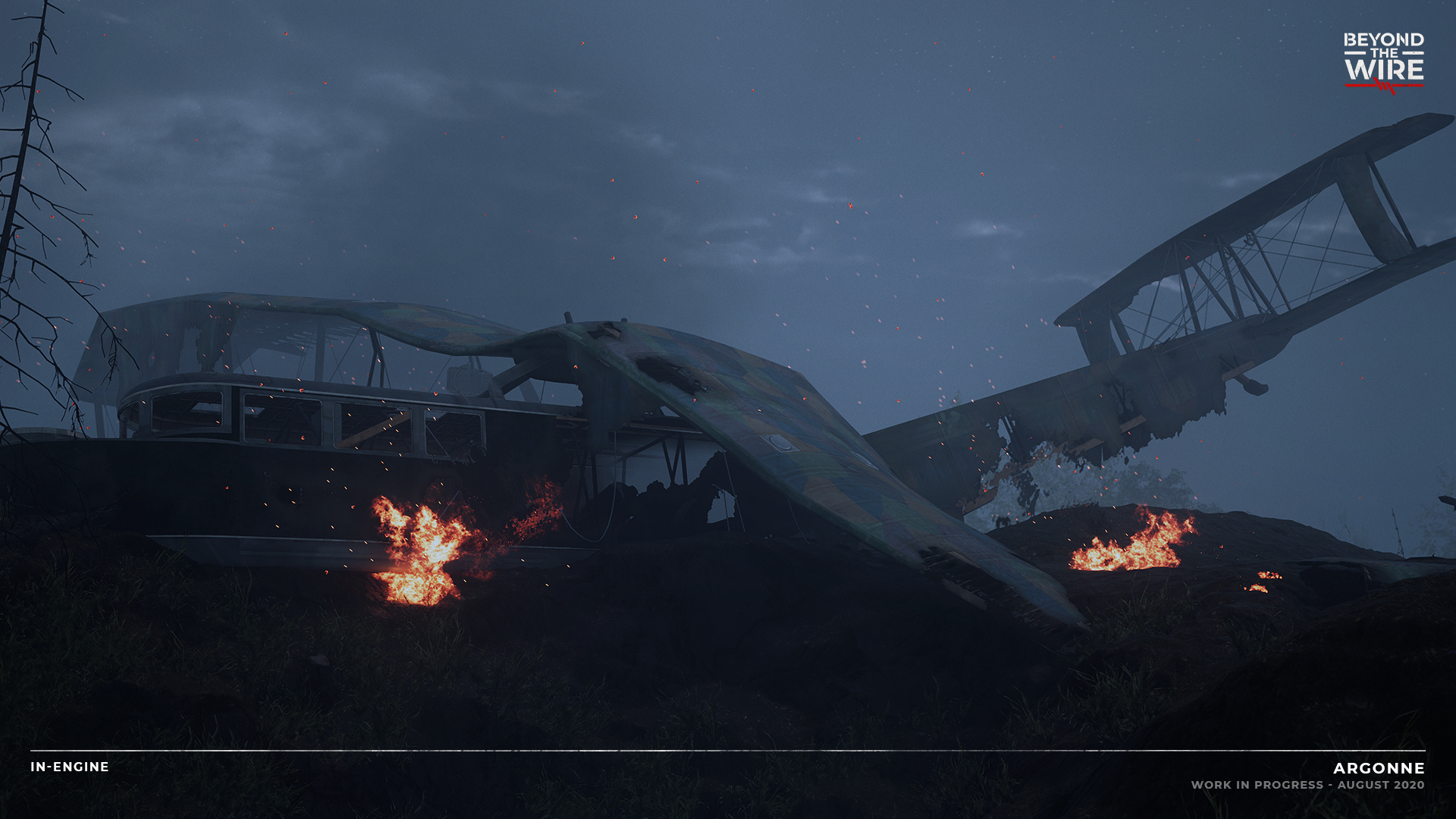 Flanking routes are available to the North and South for any assault squad looking to surprise the enemy. Gully’s and thick tree lines offer some concealment for those manoeuvres, however, teams will need to concentrate their forces at the centre to ensure strategic positions are held in order to support the advance.

We recently hosted a developer livestream where we sat down for an extended look at the Argonne with creative director Bruno and level designer Maurice!