We now shift the focus of the frontline back towards the Somme, and the fight for the Combles valley in 1916. After spending many years as backwater stores, the Combles valley in the north of France was captured by the British Expeditionary Force in late 1916 and helped spring the entente’s advance. This new map arriving in Operation Two will introduce the BEF to Beyond The Wire. 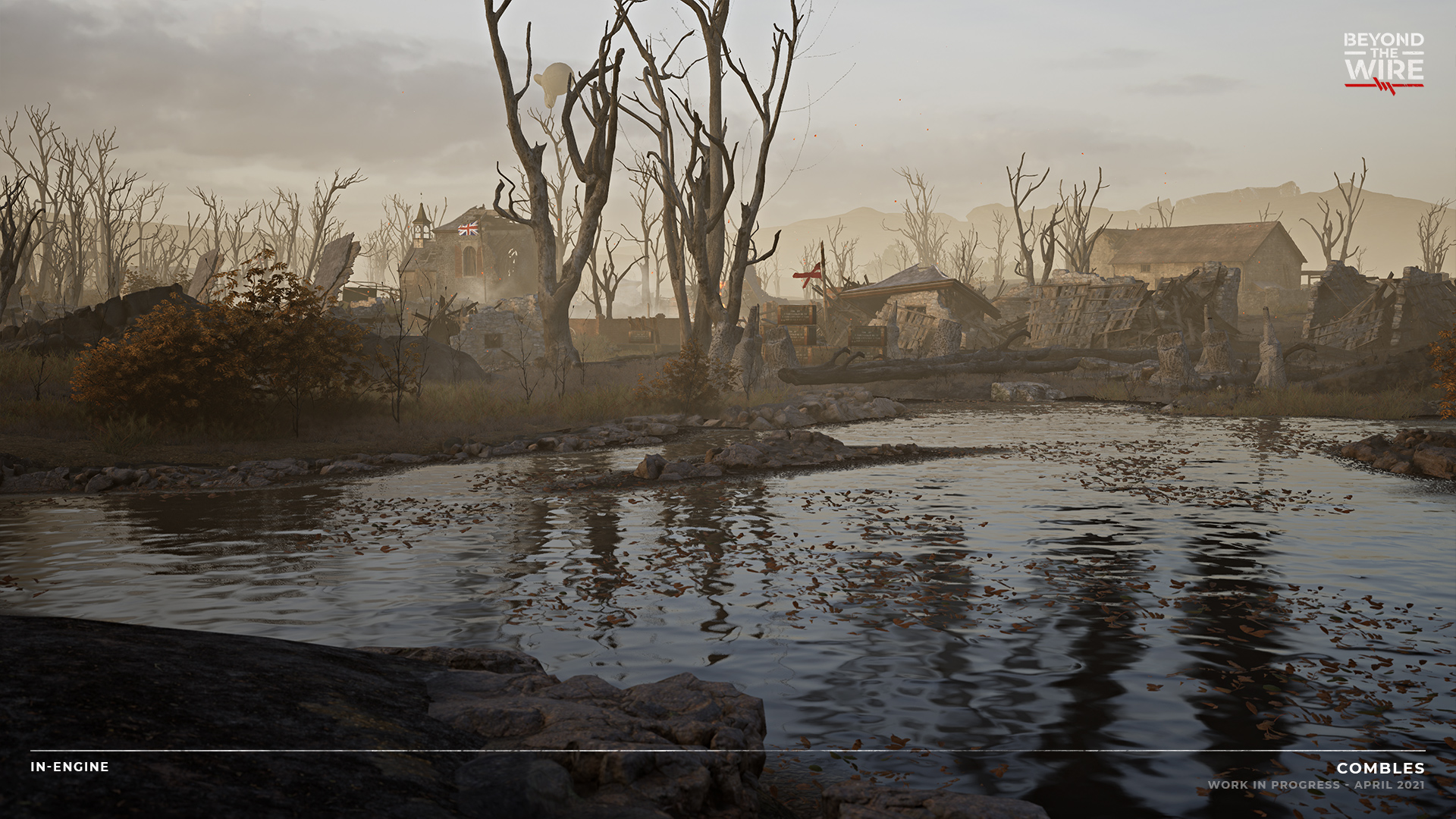 Devastated by the earlier barrages, the Combles valley now sits deformed and littered with destroyed houses, blasted walls and abandoned land ships. Heavy rainfall has left the ground waterlogged and hazardous, leaving pools of standing water across the field. 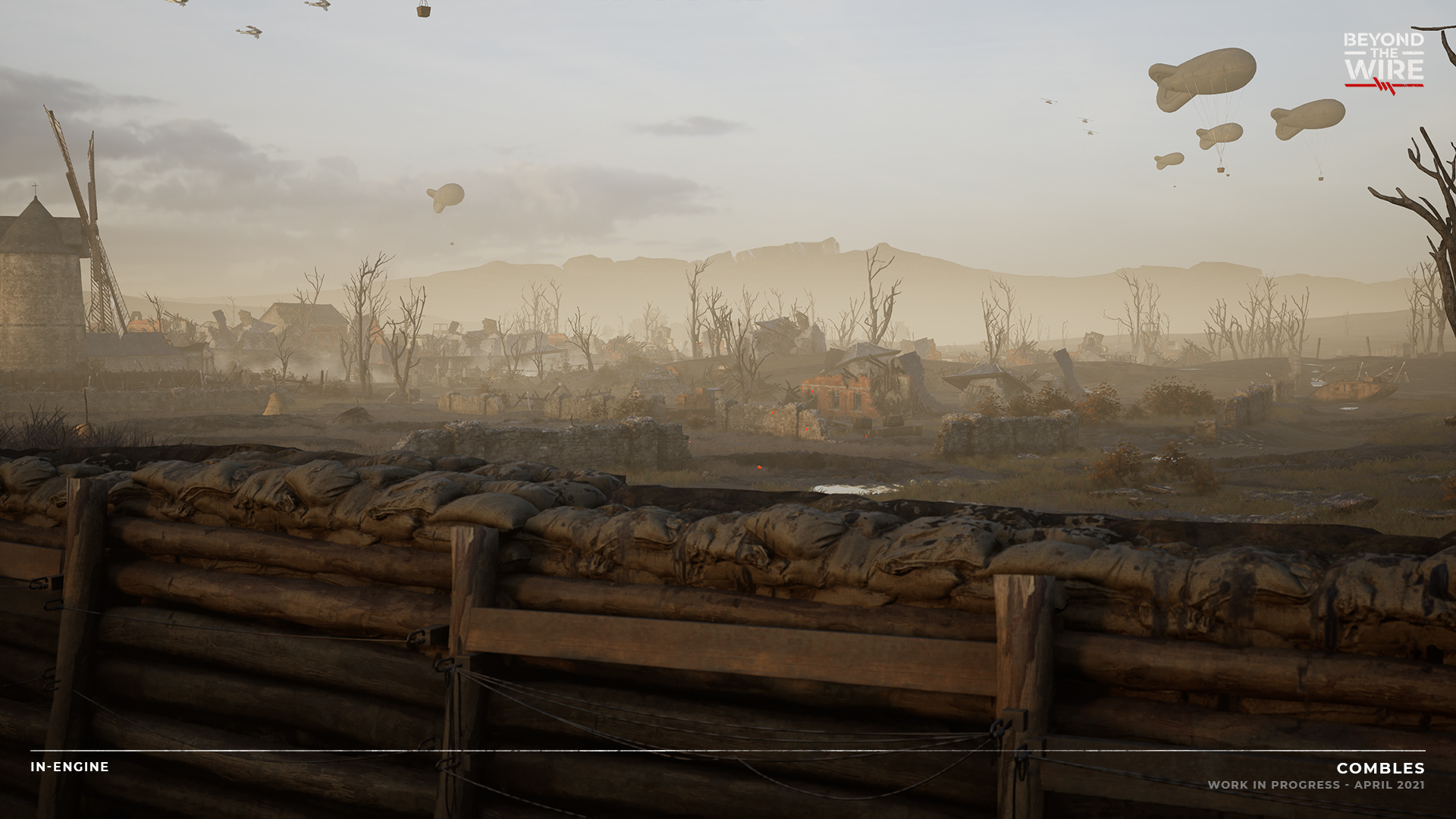 The frontline runs across the floor of the valley, with reinforced German firing positions crowning one side. Soldiers will need to take caution when moving at any point on this level due to the inherent risks of attacking uphill. 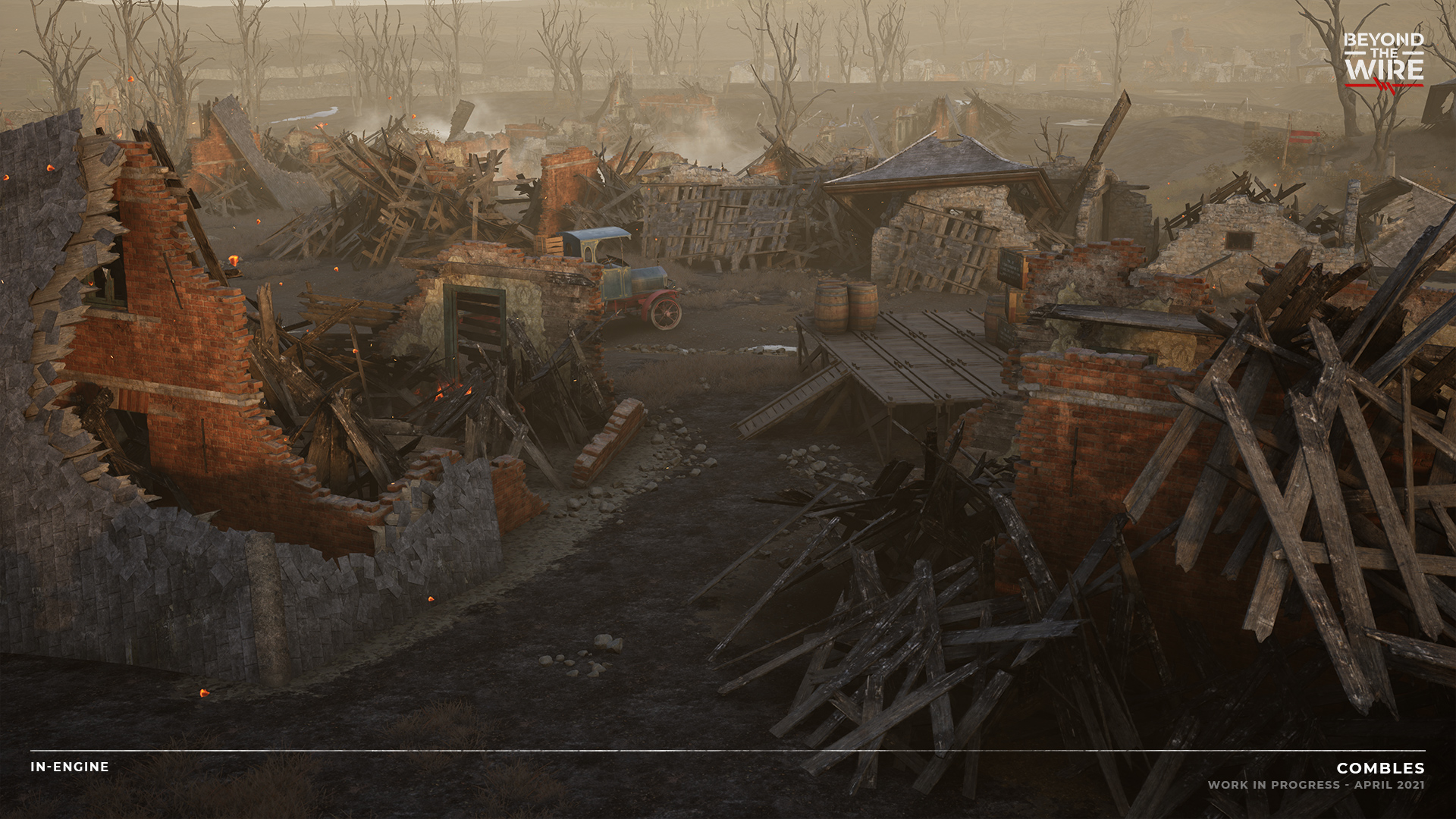 In addition to the difficulties of the environments, the claustrophobic ruins of the village will need careful attention. Fighting in these areas will carry the threat of hand-to-hand combat as the narrow paths and dark corners converge into tight spaces. 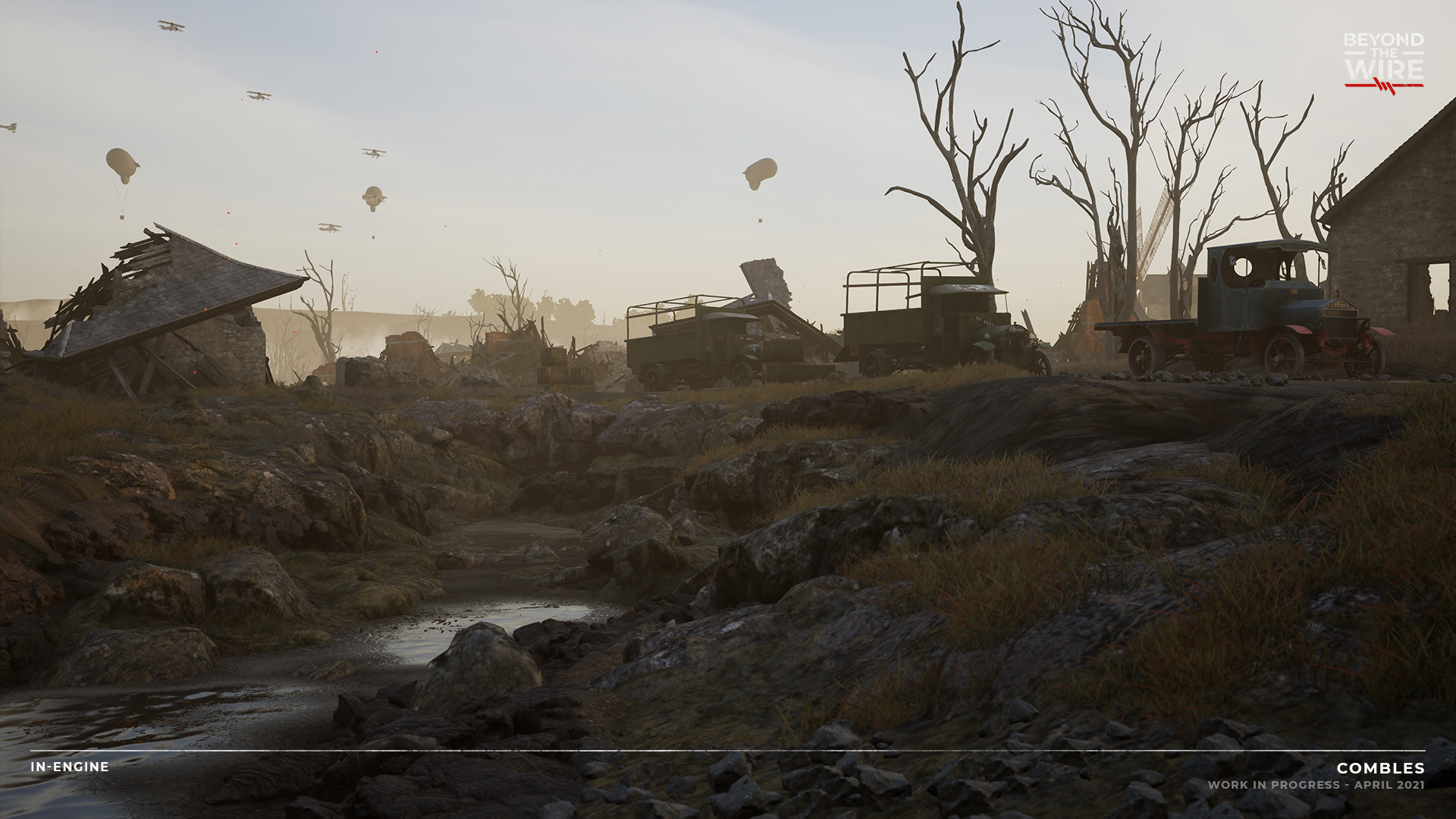 No man’s land holds the remnants of the village that previously stood as a base of operations. The standing debris and abandoned trucks provide safety during assaults but beware of hidden enemies trying to cut off routes and paths. 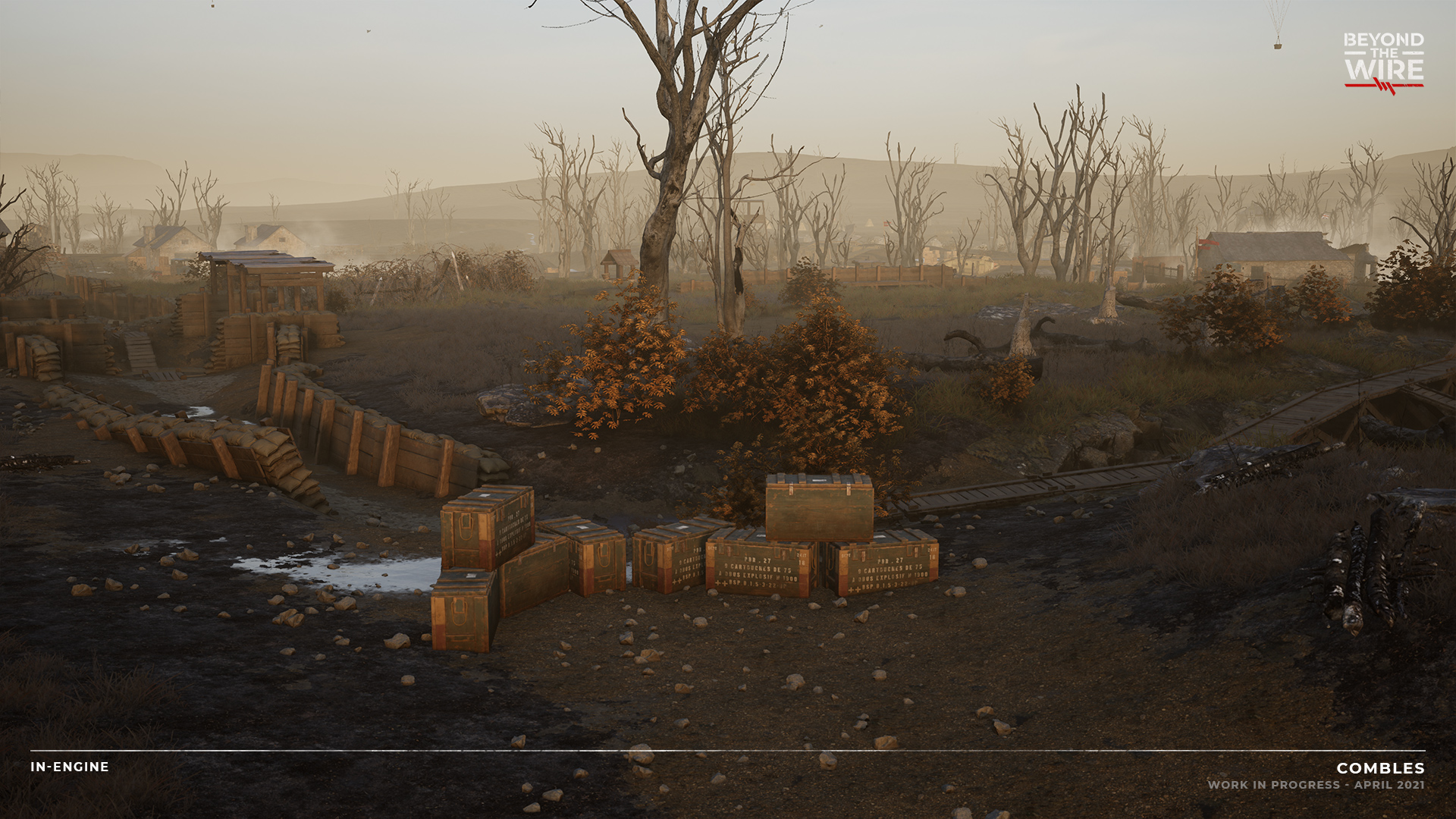 The rear lines of the British show sporadic temporary trenches have been dug out to support the ground gained, with wooden structures and watchtowers quickly erected to support the infantry advance. 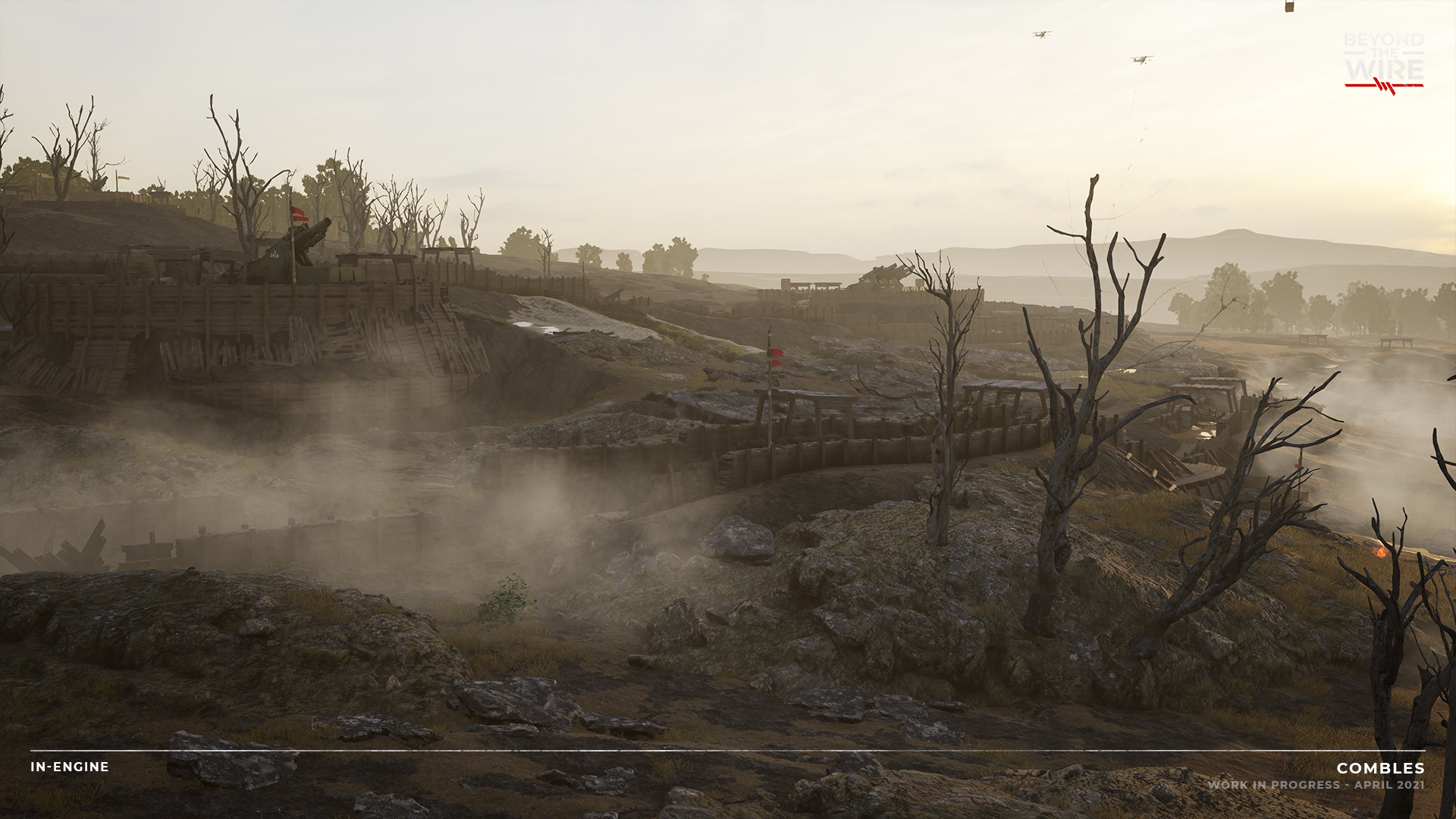 Sitting opposite is the formidable German HQ. Elevation, strong defences and steep access make this position a nightmare for attackers. With bullets and grenades thrown down from above, any army assaulting this final position will need all options available.