Our latest Fields of Battle article presents Frise, a battle from the Somme. With nearly 3 million soldiers fighting on both sides in the battle of The Somme more than 1 million were killed or injured, making it one of the bloodiest battles in human history.

After a week of heavy shelling to disrupt German defences, the British and French armies advanced on the lines to the North and South of the Somme in hopes of pushing back the enemy. However, the German Empire had dug deep and reinforced their position which slowed the British and French forces, inflicting massive casualties with each day of fighting. 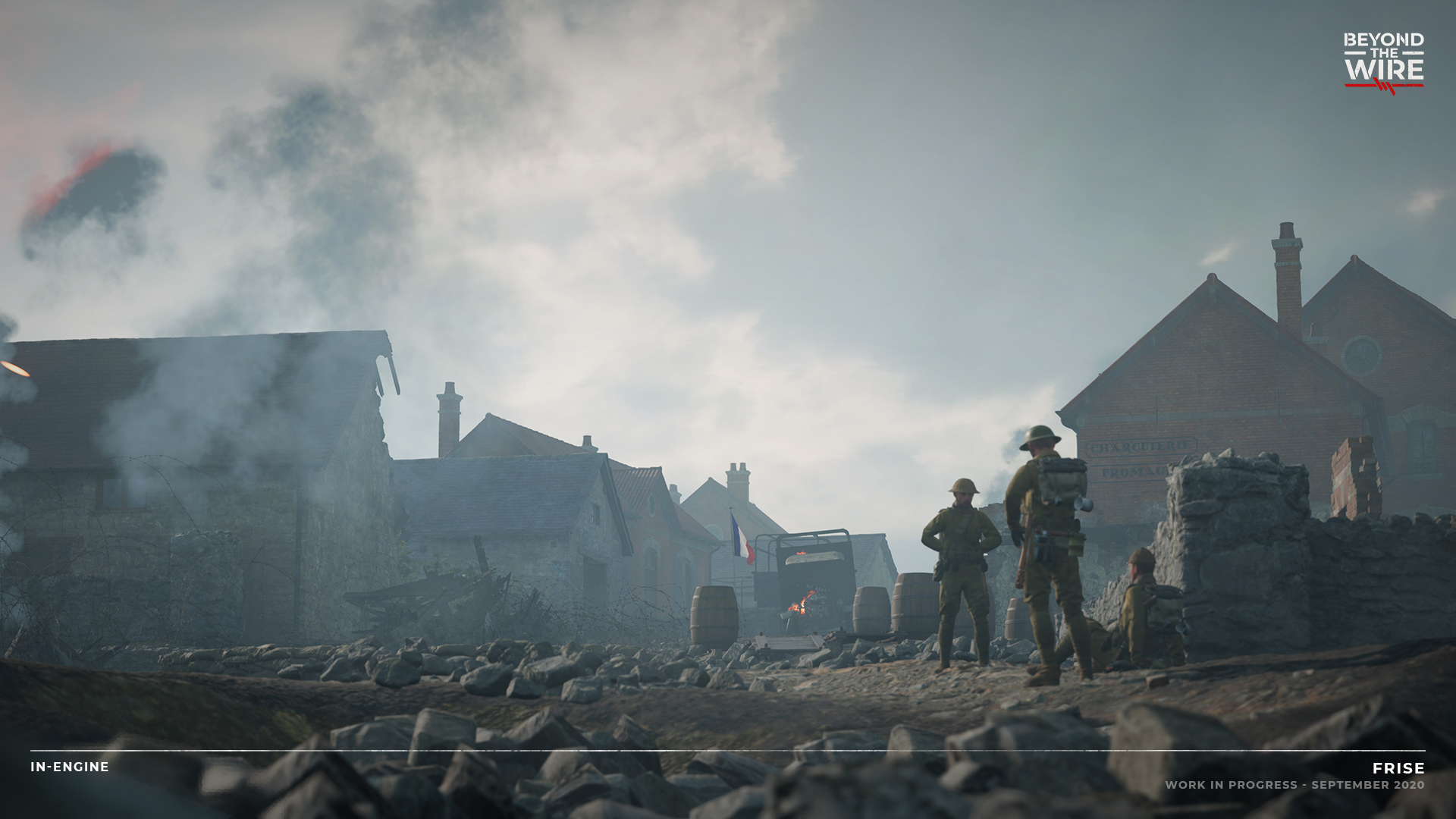 Spanning 1.2km² of playable area, the Frise battlefield features rolling hills, abandoned farm grounds and thick tree coverage that creates diverse biomes to fight over. This wide range of environmental features means Frise will have the most variety of the maps that will be launching at Early Access. 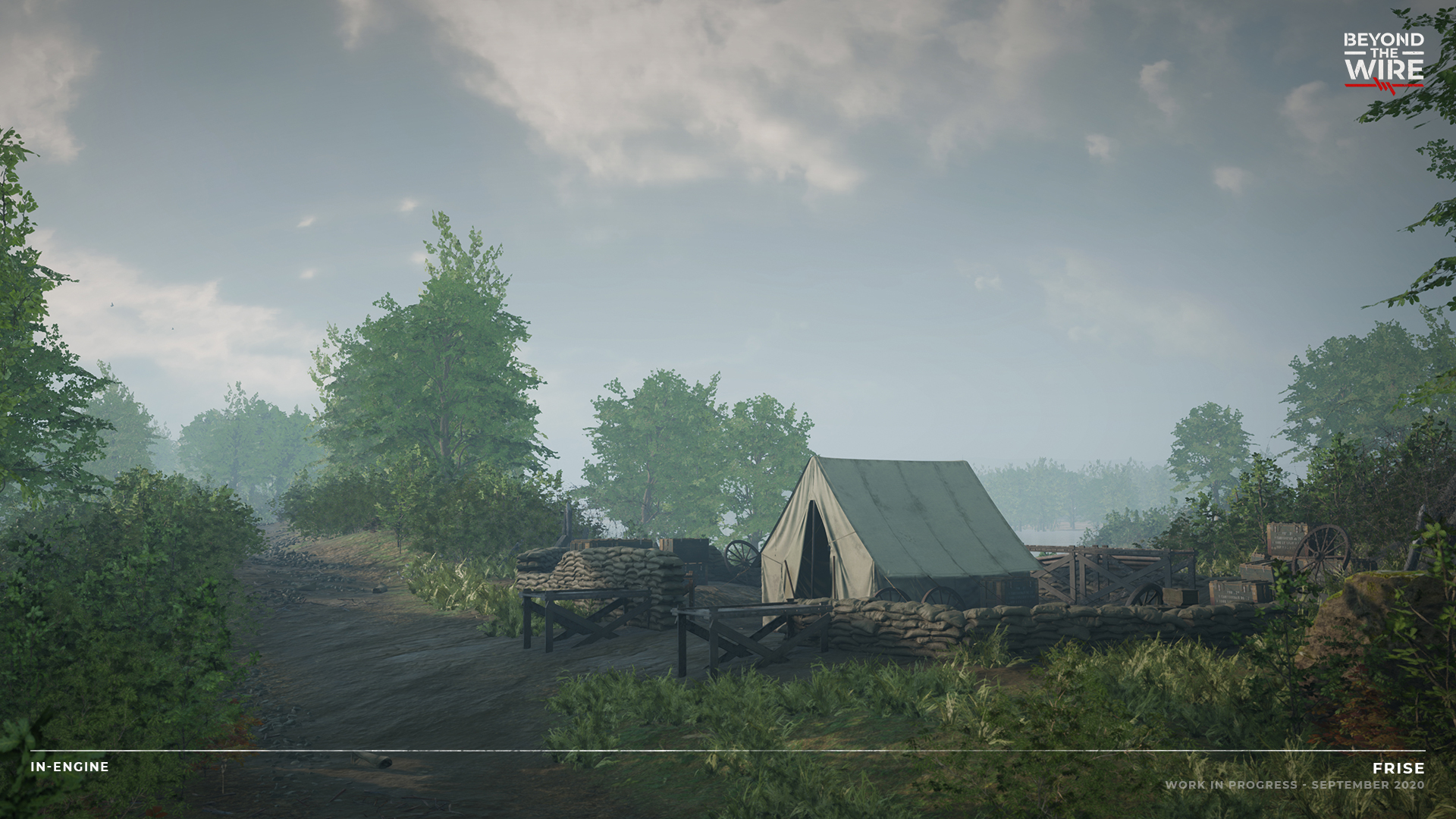 The assault begins with forces having to navigate through marshlands and over shallow rivers before progressing to the open fields of Frise. With many areas being ideal for defensive positions, the German Empire has spent time strengthening during their occupation making the approach from the Entente as difficult as possible. 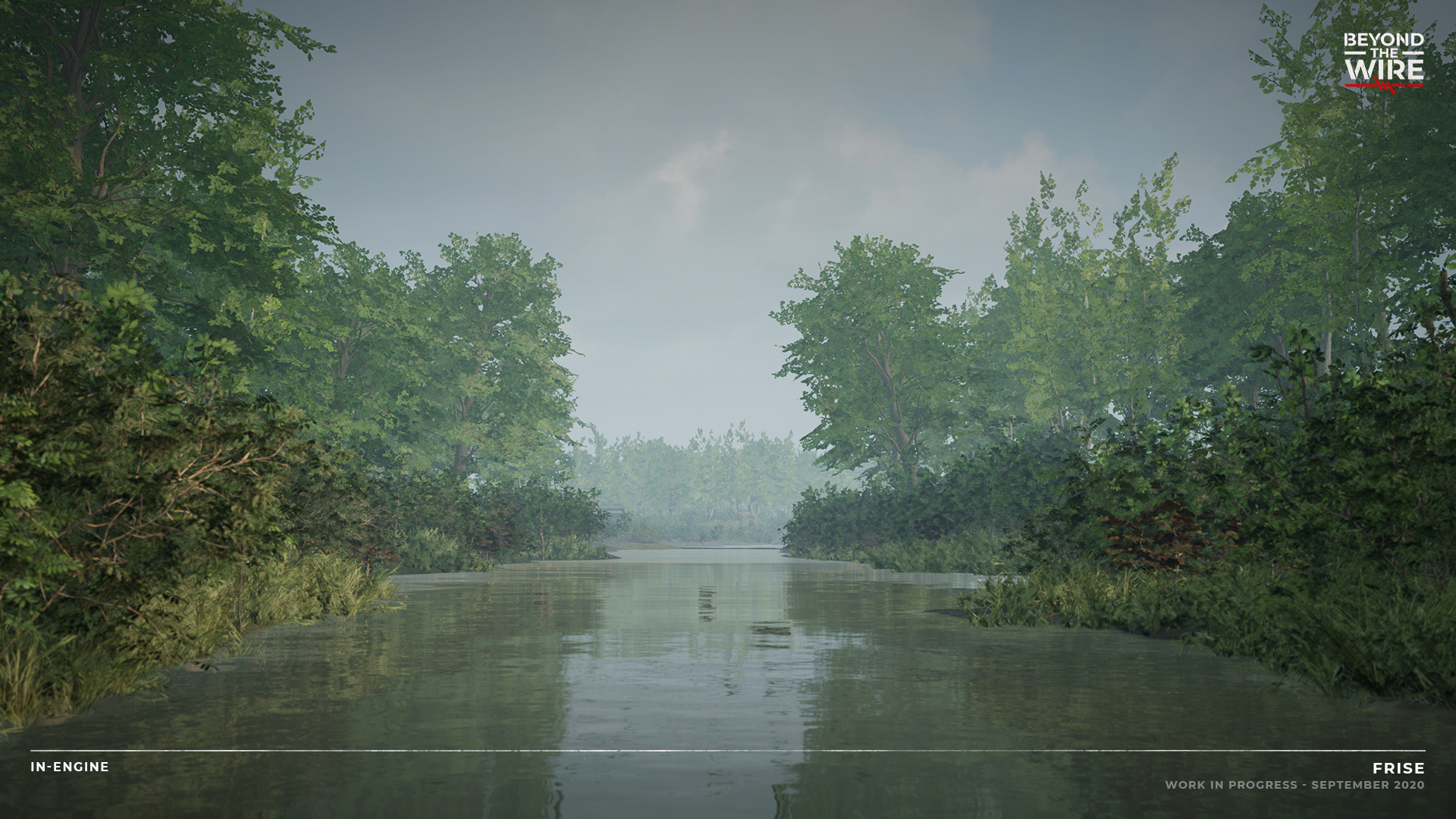 Evidence of the initial skirmishes can be seen around the map, destroyed landships and burning crops reveal the difficulty ahead for both sides. With plenty of open ground to cover, teams must capitalise on any breakthrough before the enemy can regain their footing and establish rigorous defence lines. 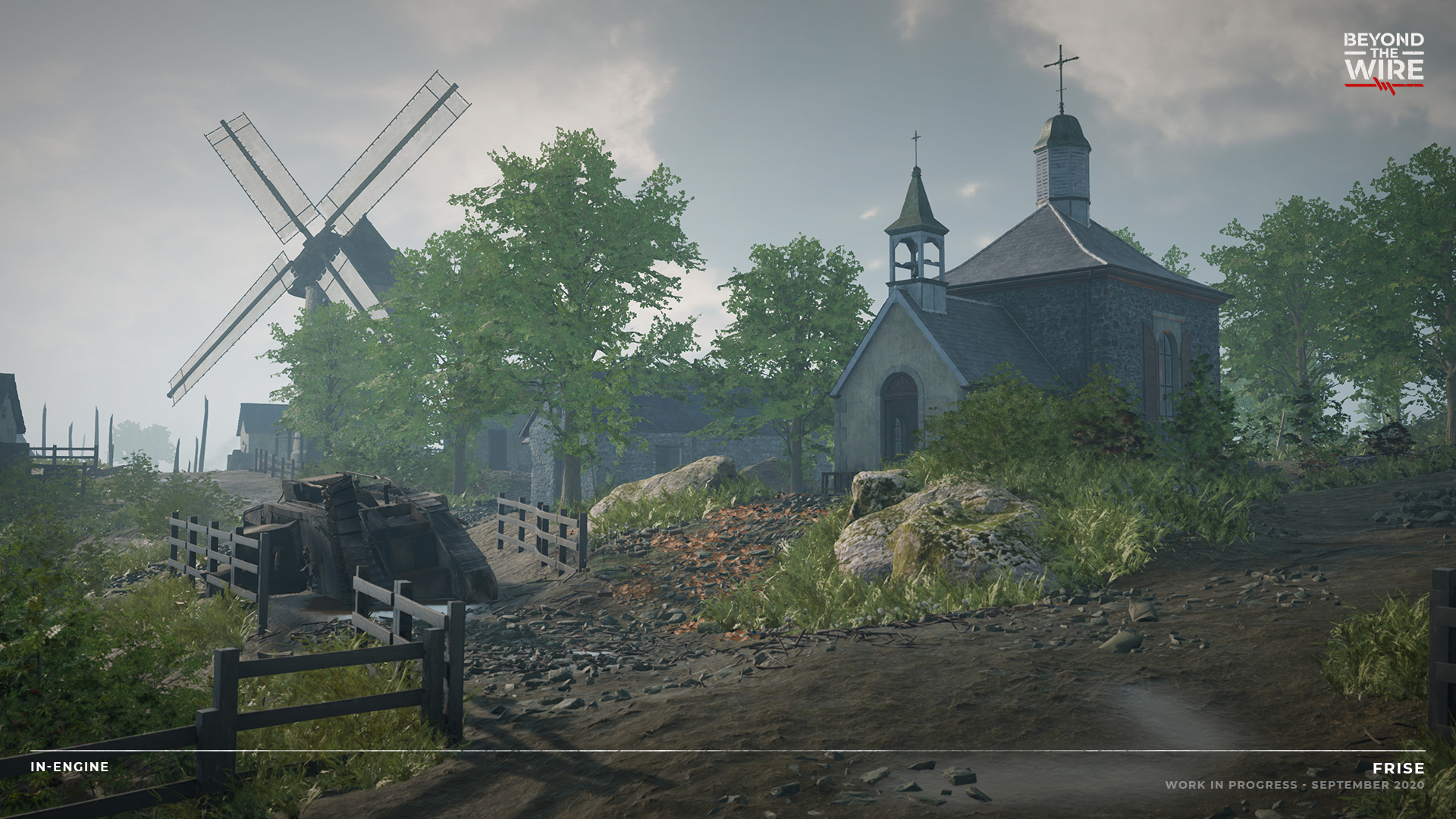 Following the Somme river across the open haybale fields and ruined farm buildings, the map has many obstacles to progress through in order to advance. The remains of the Frise village presents a choke point for the advancing forces as firefights break out over roads and streets. High storey buildings and the surrounding bush must be flushed of any encamped enemies to ensure the position can be reinforced, allowing the village to be utilised as a springboard for the next advance. 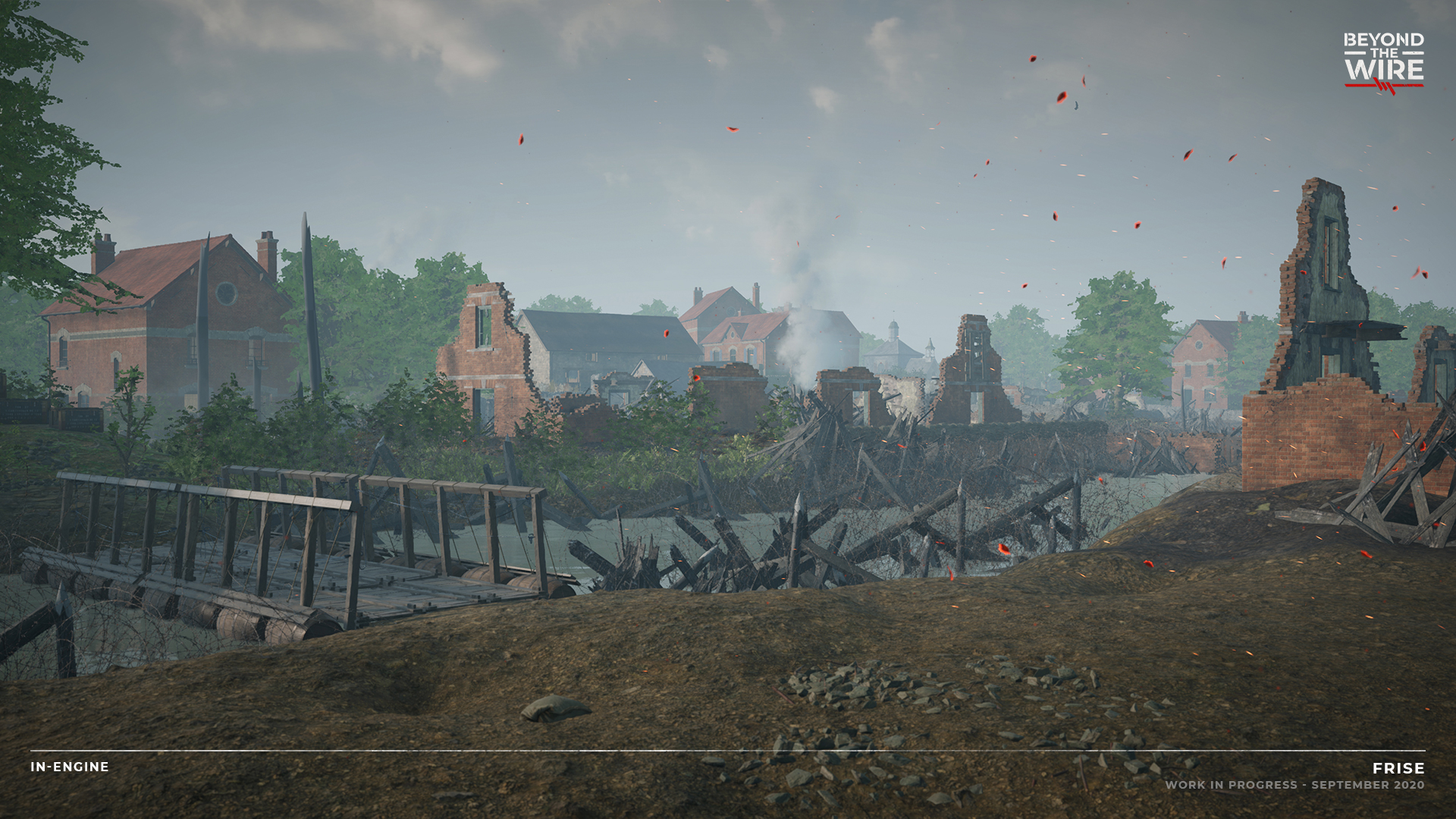 With the French and British applying pressure across the front, the rear line of the Germans has been dug in a hurry and without reinforcement or extensive layouts, meaning the low earthen trenches provide just enough cover up to the middle ground.

We took an in-depth look at Frise during a recent developer livestream. Catch up below!