Our final field of battle to present for Operation Two is Poelcappelle, a battlefield from Flanders where the French and British contended with the German Empire throughout the war. Sitting northeast of Ypres, Poelcappelle was a strongly fortified position for the German Empire that withheld against many attempts before finally being captured by the British in late 1917. 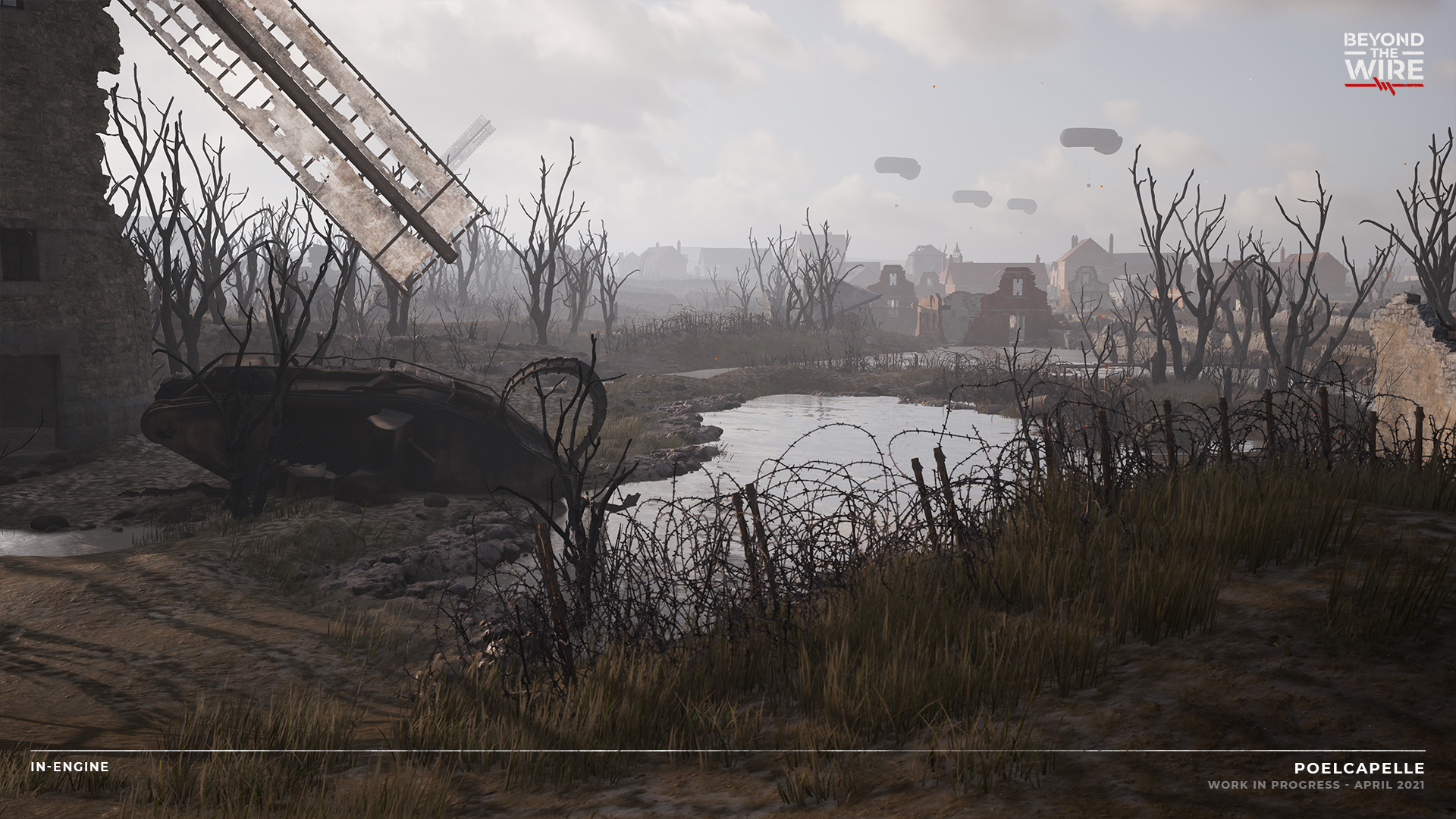 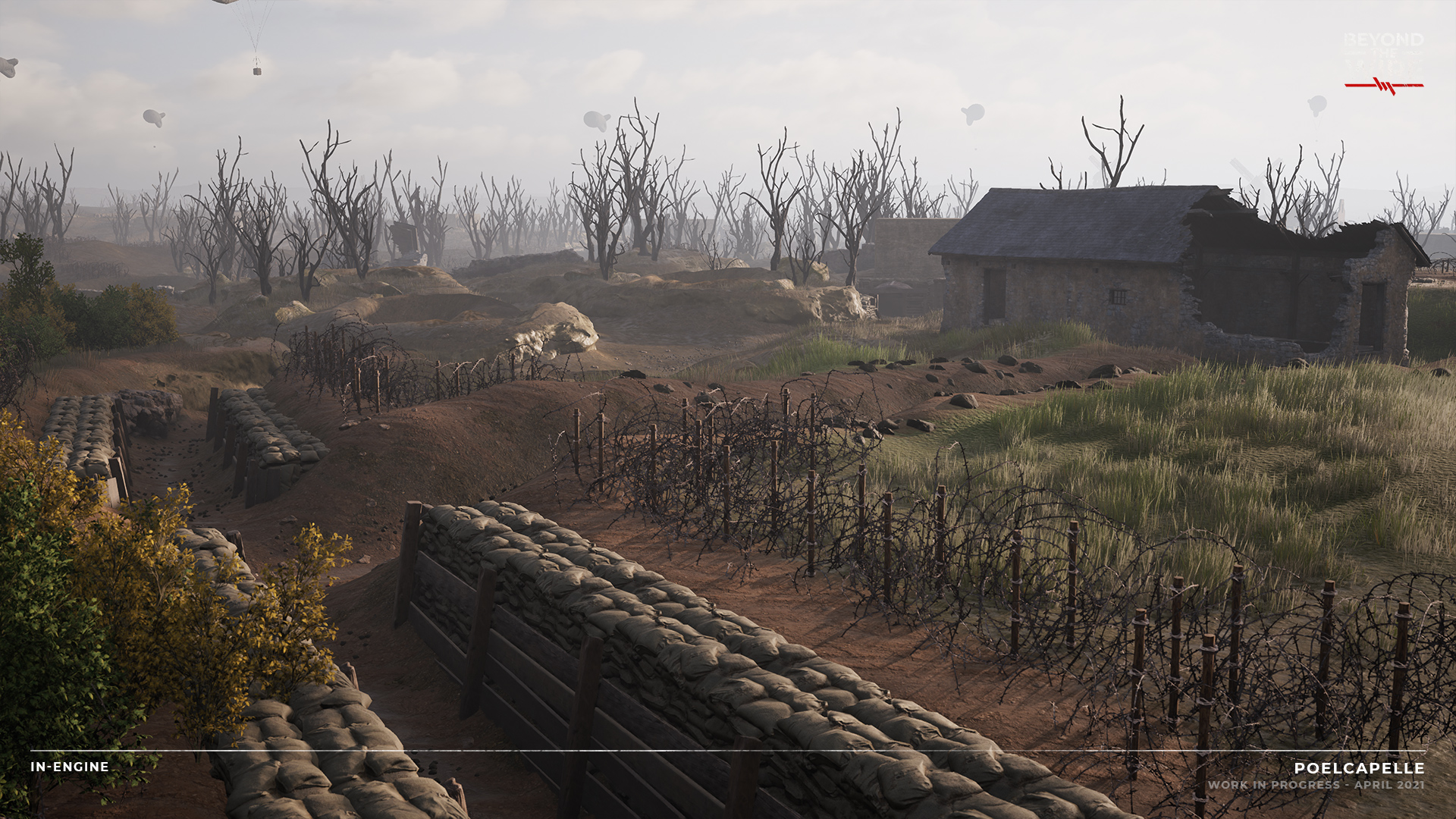 The rear lines of the German Empire have been established to take advantage of the natural environment. Short routes of trench networks lead to the more established front line, while grassy knolls and rock formations create natural shelters from enemy fire. 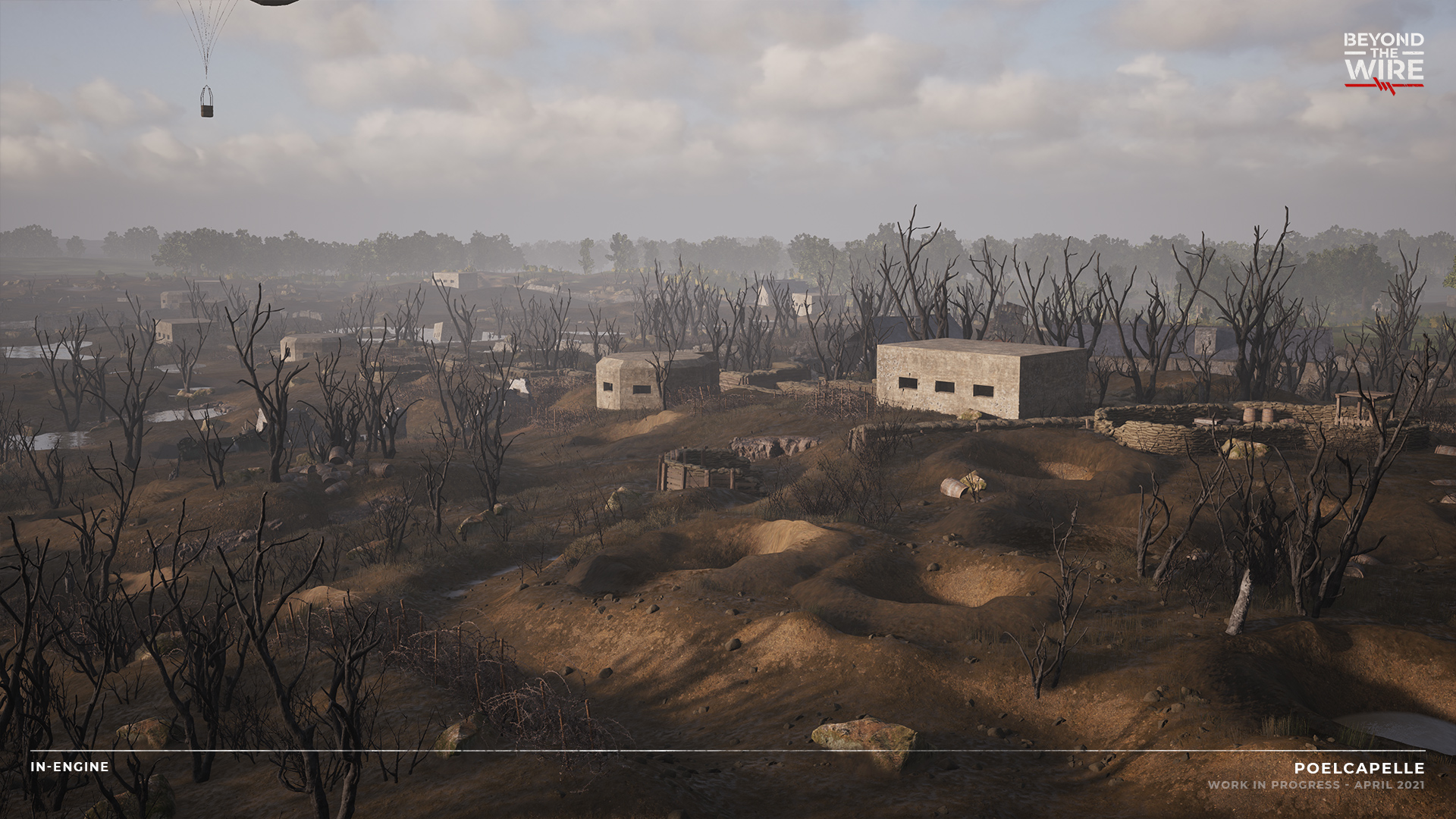 A final bastion of bunkers, barbed wire and deep trenches completes the German line. Many years of entrenchment has created an extensive network of dangerous defences that need to be tackled in order to break the line. 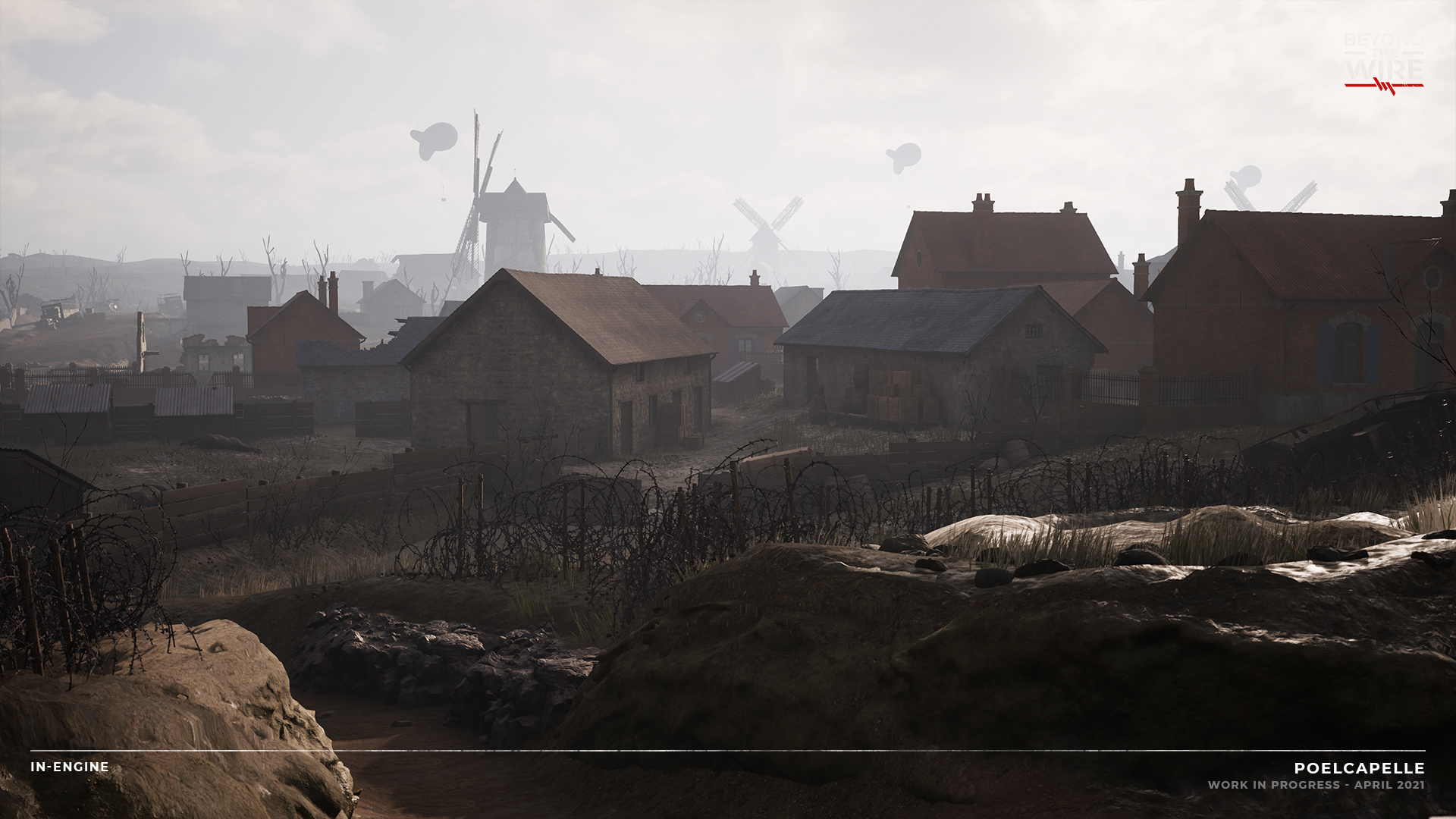 The main fields run through Poelcappelle, with many houses and buildings surviving the concentrated barrages. Armies will need to prioritise the standing windmills and main roads if they want to dominate these sectors. With close-knit buildings still standing, infantry sections must flush all corners and pockets where enemies may lie in wait. 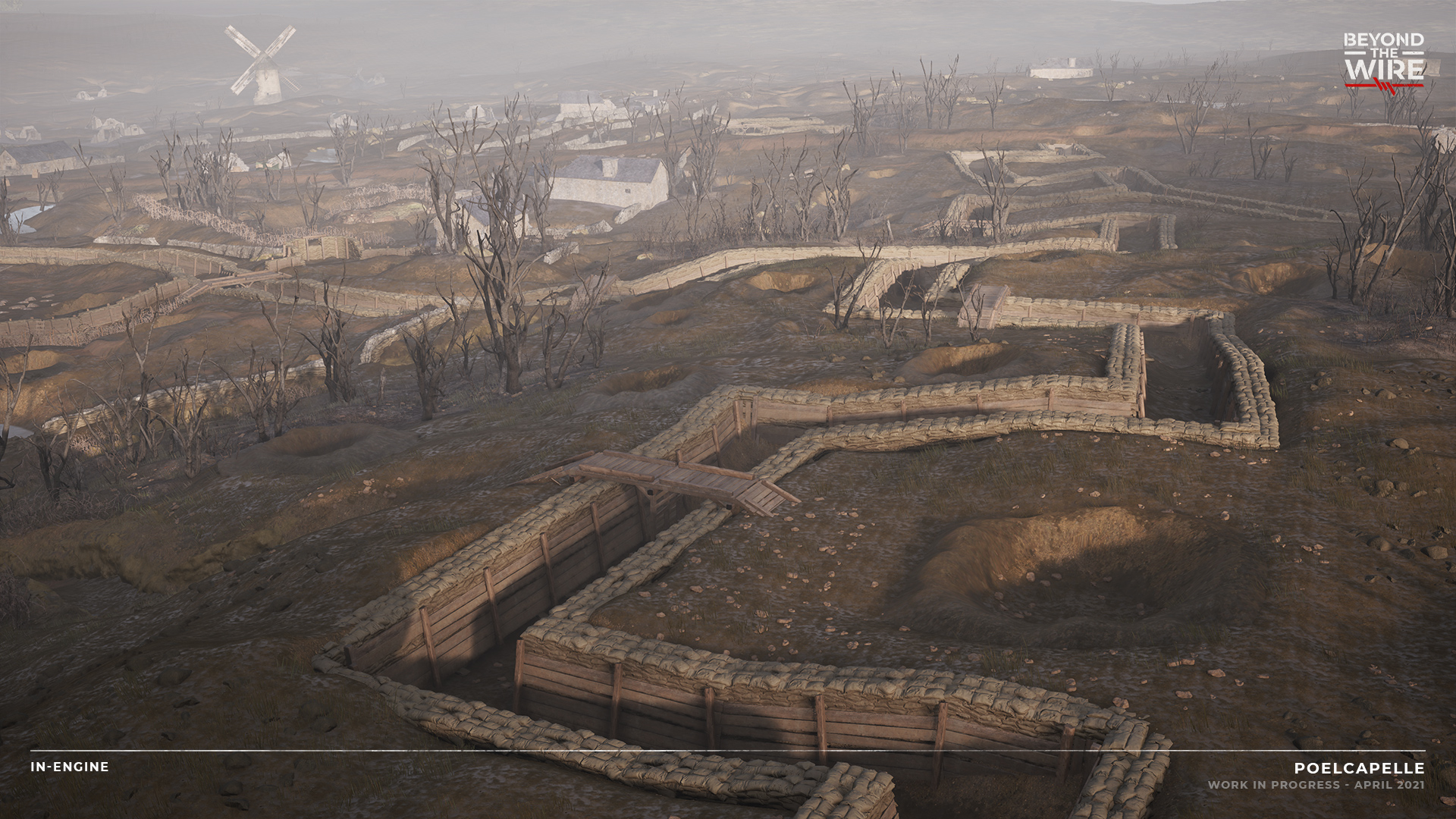 Having to descend down into the village, the Entente have dug trench systems that feed down to the front line. Hardcover above ground is sparse, and any soldiers milling outside of the trenches make easy targets. The trench routes provide the only real safe route onto the field.

This third map coming with Operation Two will arrive with gameplay layers for both the British Expeditionary Force and French Republic to try and take on The German Empire. Stay posted for more information next week, Soldiers!