The next few instalments of our Fields of Battle series will be showcasing the latest maps that will be arriving with Operation Two: For King and Country. The first map we’re attending to is Séchault, an infamous battle from the Meuse-Argonne offensive where the Harlem Hellfighters gained renown. 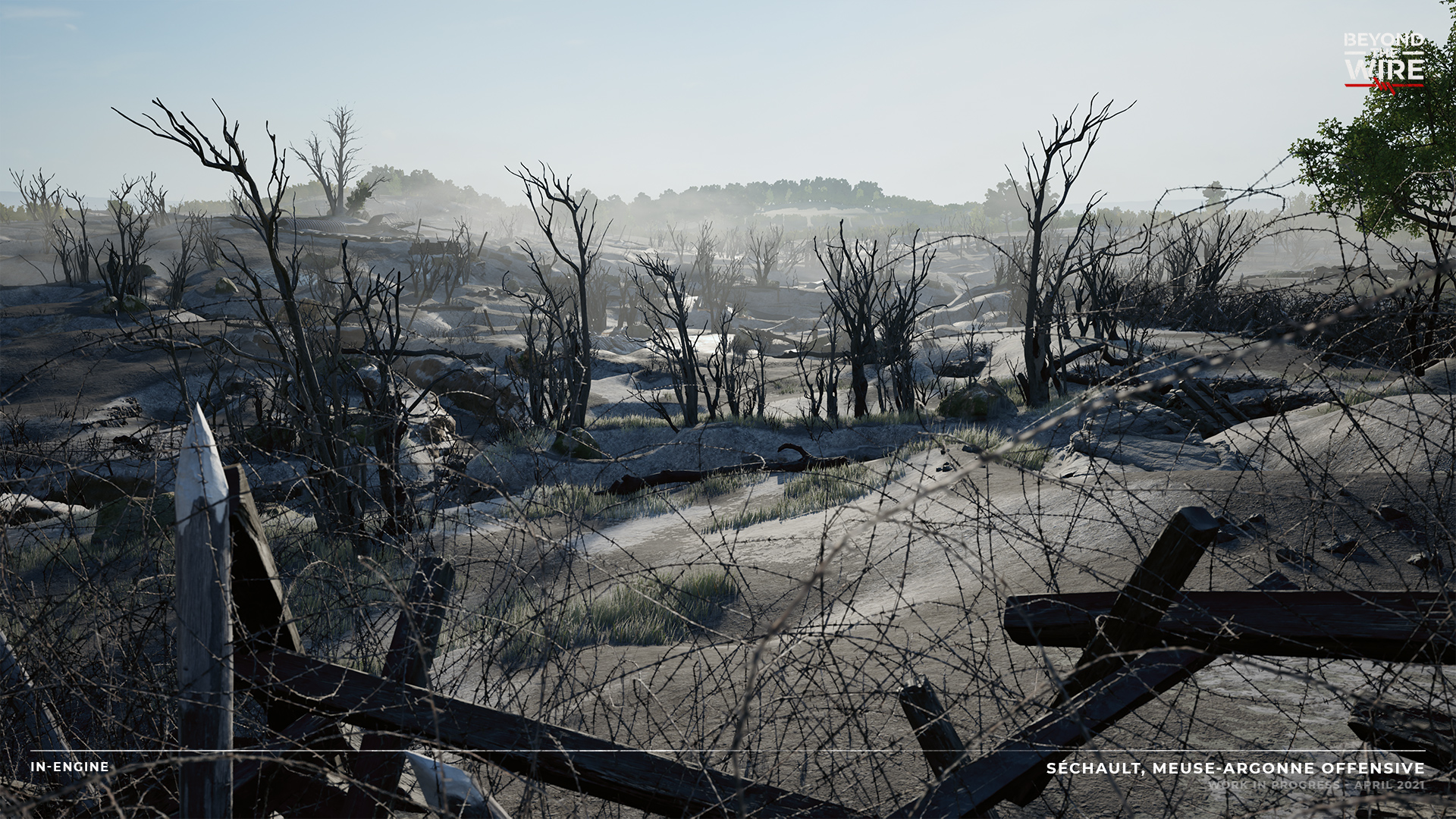 Premiering the brand new sub-faction sitting under French command, Sechault will introduce the 369th regiment to Beyond The Wire. 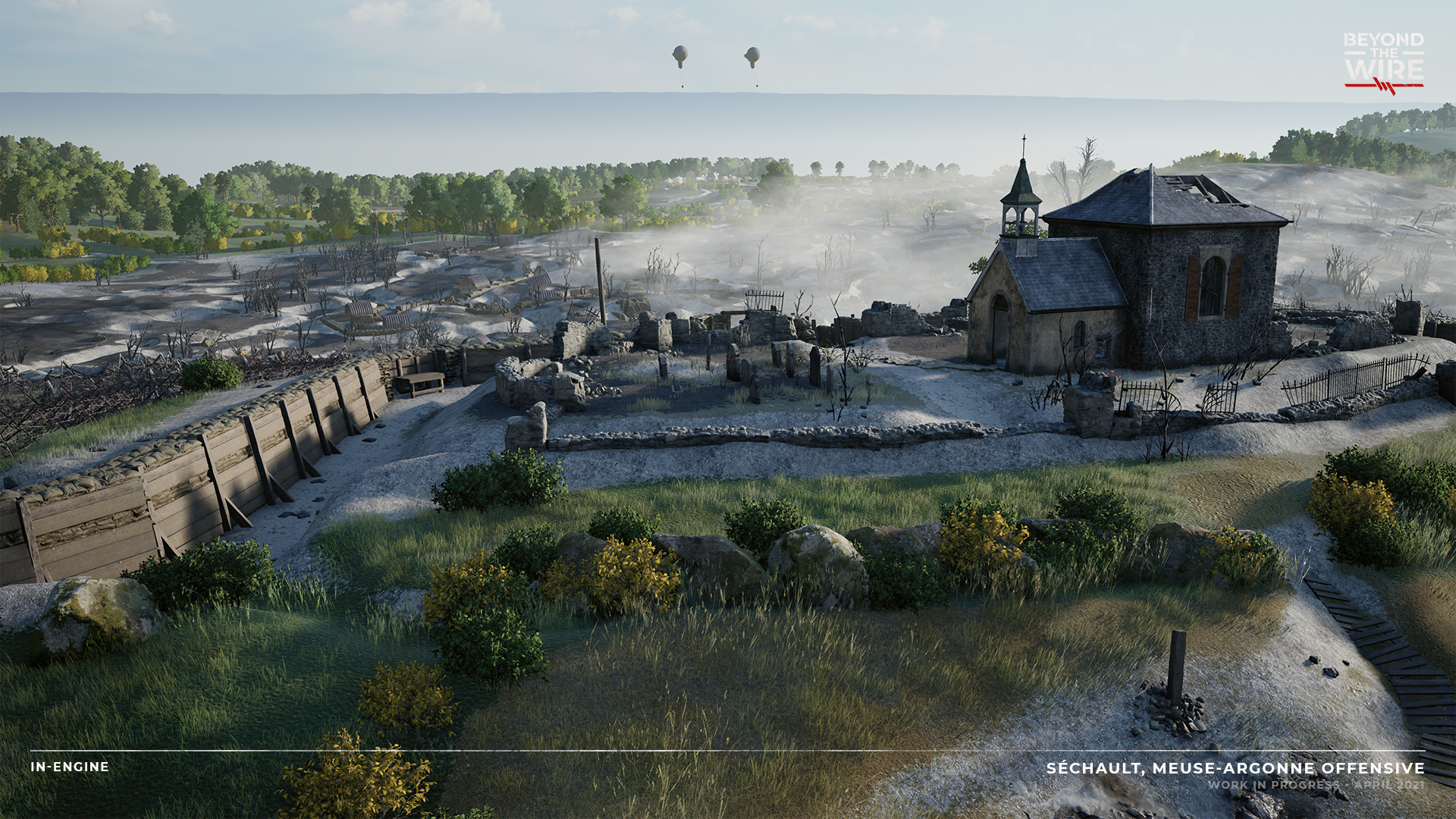 Charging through the hills of Séchault shows the difficulties of assaulting such a position. Any advance must be well planned, with elevated firings positions abound, the chalk-lined trenches will have to be utilised during the approach to ensure some level of safety before starting the attack. 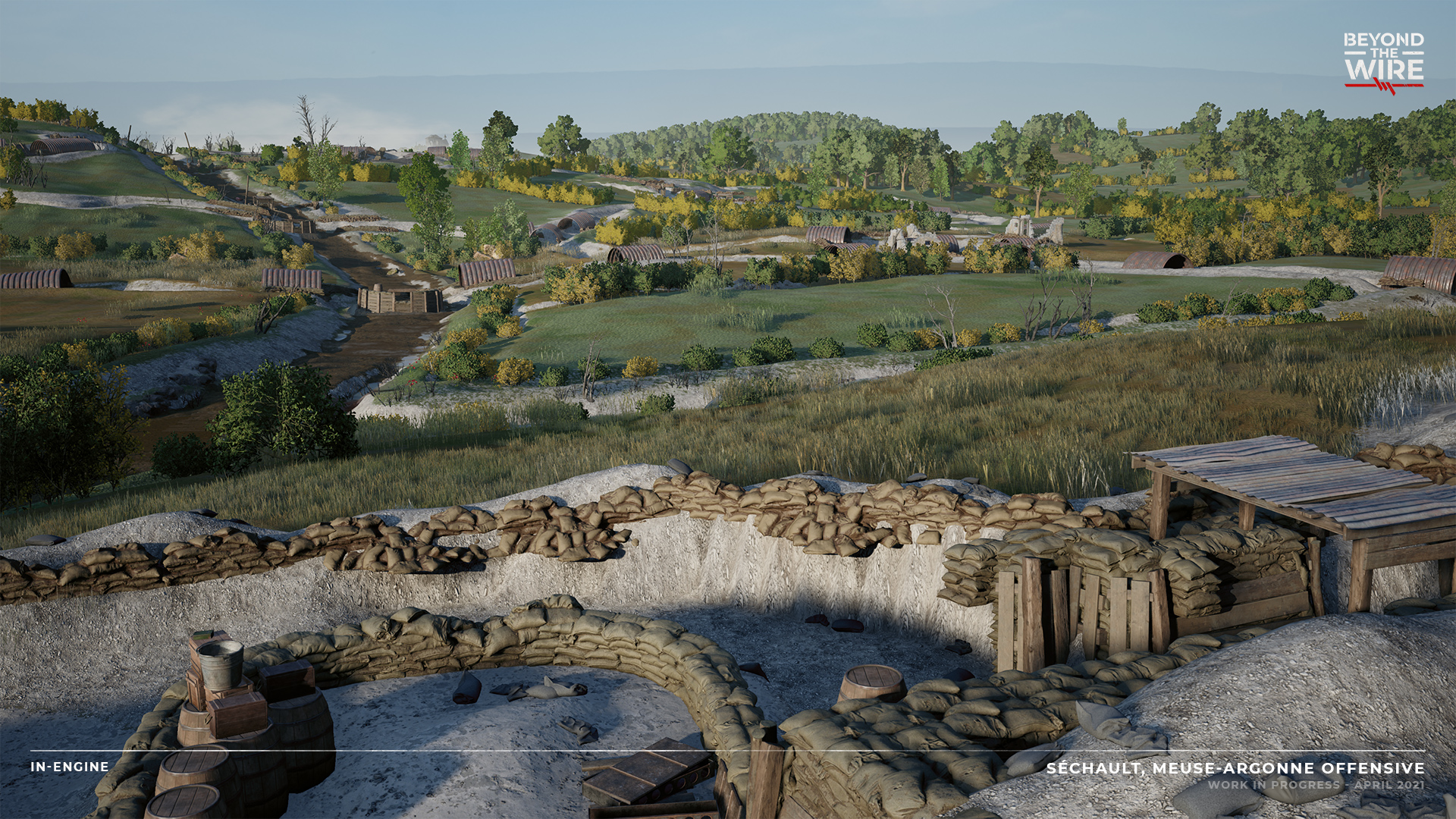 The rear lines of the entente show tents with a field kitchen, as well as some benches and a piano, brought in on the nearby railway. Shallow trench lines lead over the hill and down to the frontline, providing safer routes of travel as well as secure positions for artillery and HMG crews to operate. 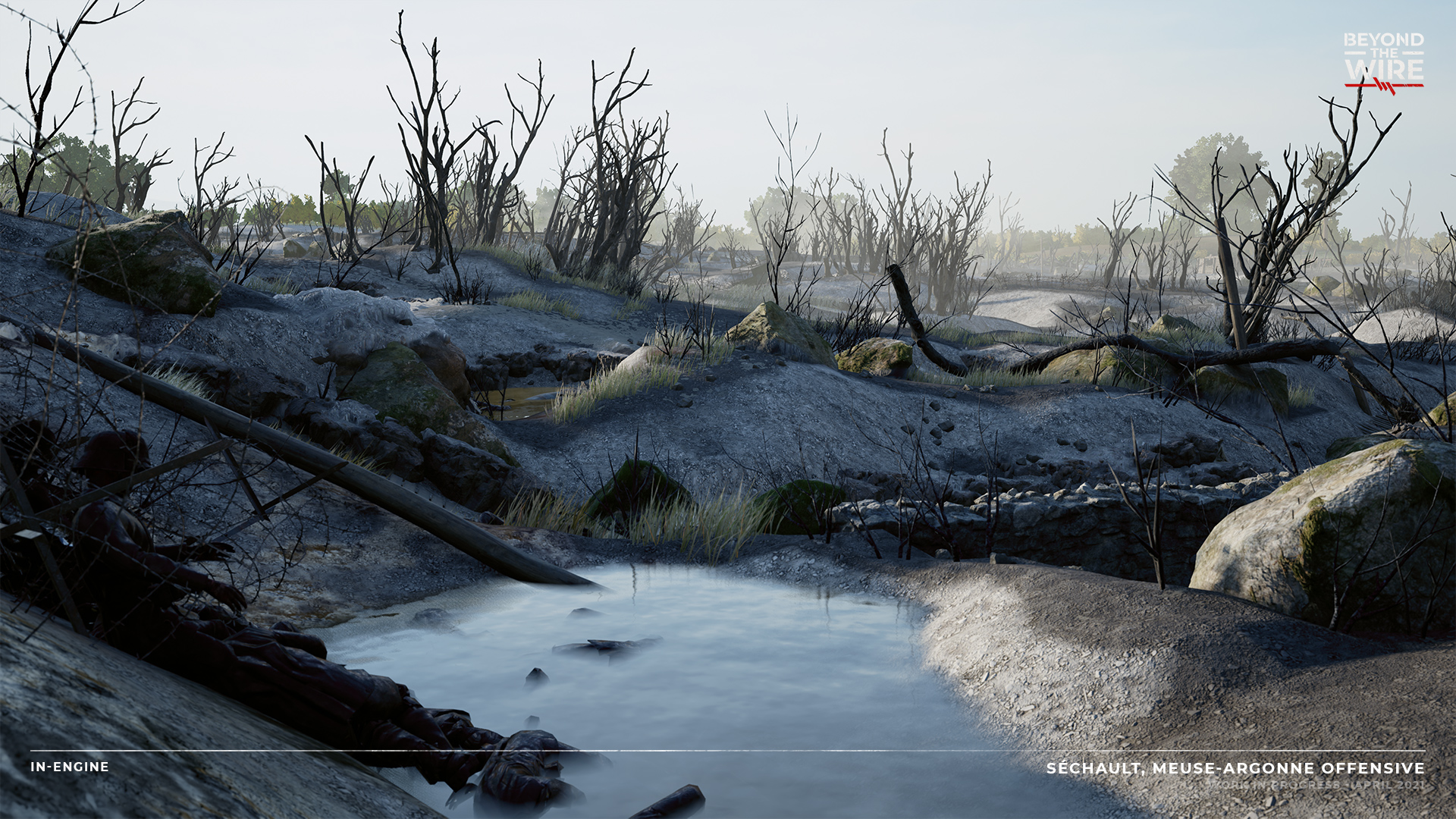 No man’s land is a crater-riddled field, filled with water and fallen comrades. There are various strong points connecting makeshift trenches which can be used as a springboard to extend your footing in the area. Any remaining trees that stand have been scarred and angled askew from the blasts of artillery shells. 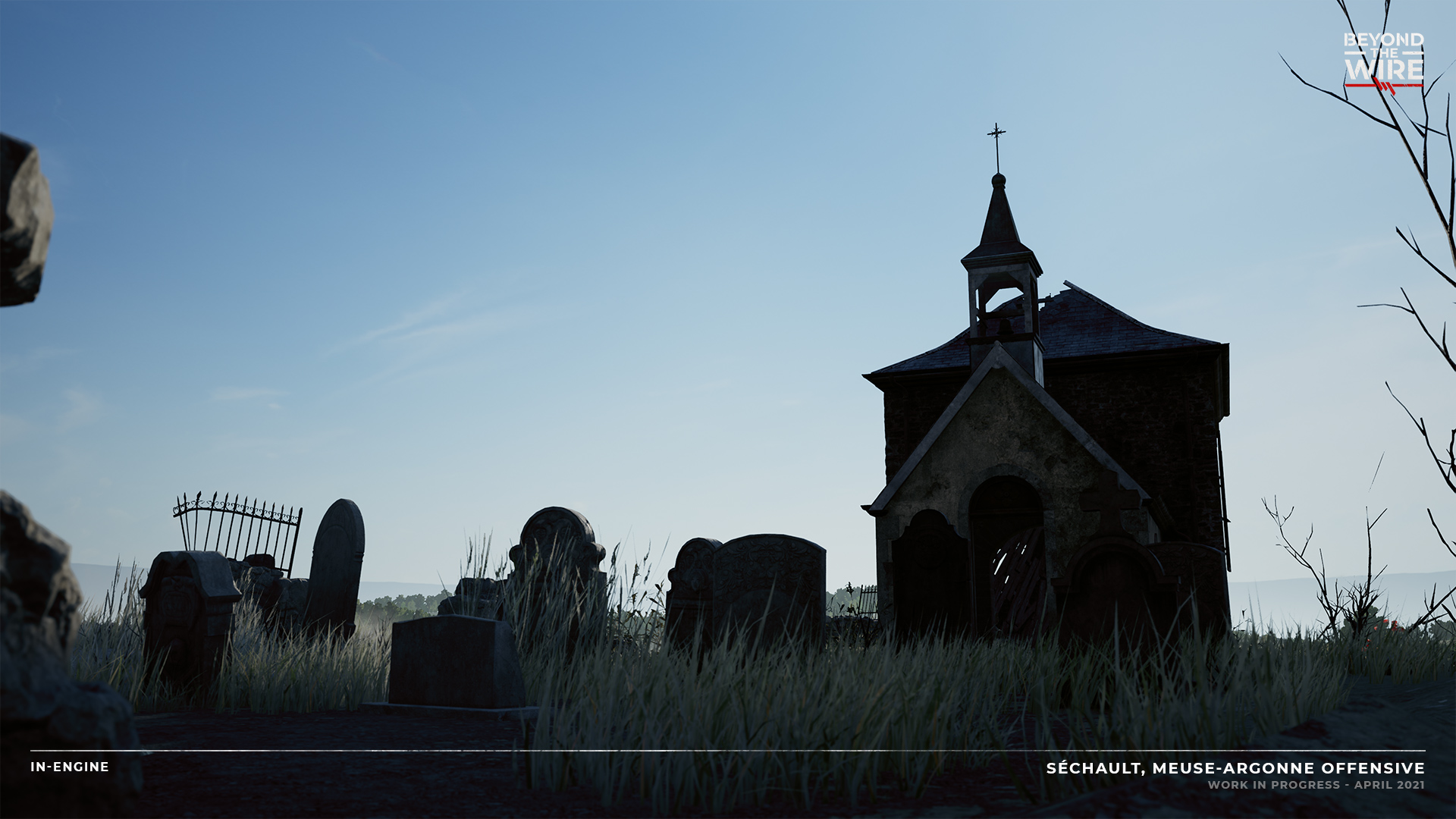 Overlooking the map is the ruined chapel which provides the greatest elevation and vantage point, located at the very centre of the level. This position will be regularly contested as armies battle for the hilltop and chapel remains. 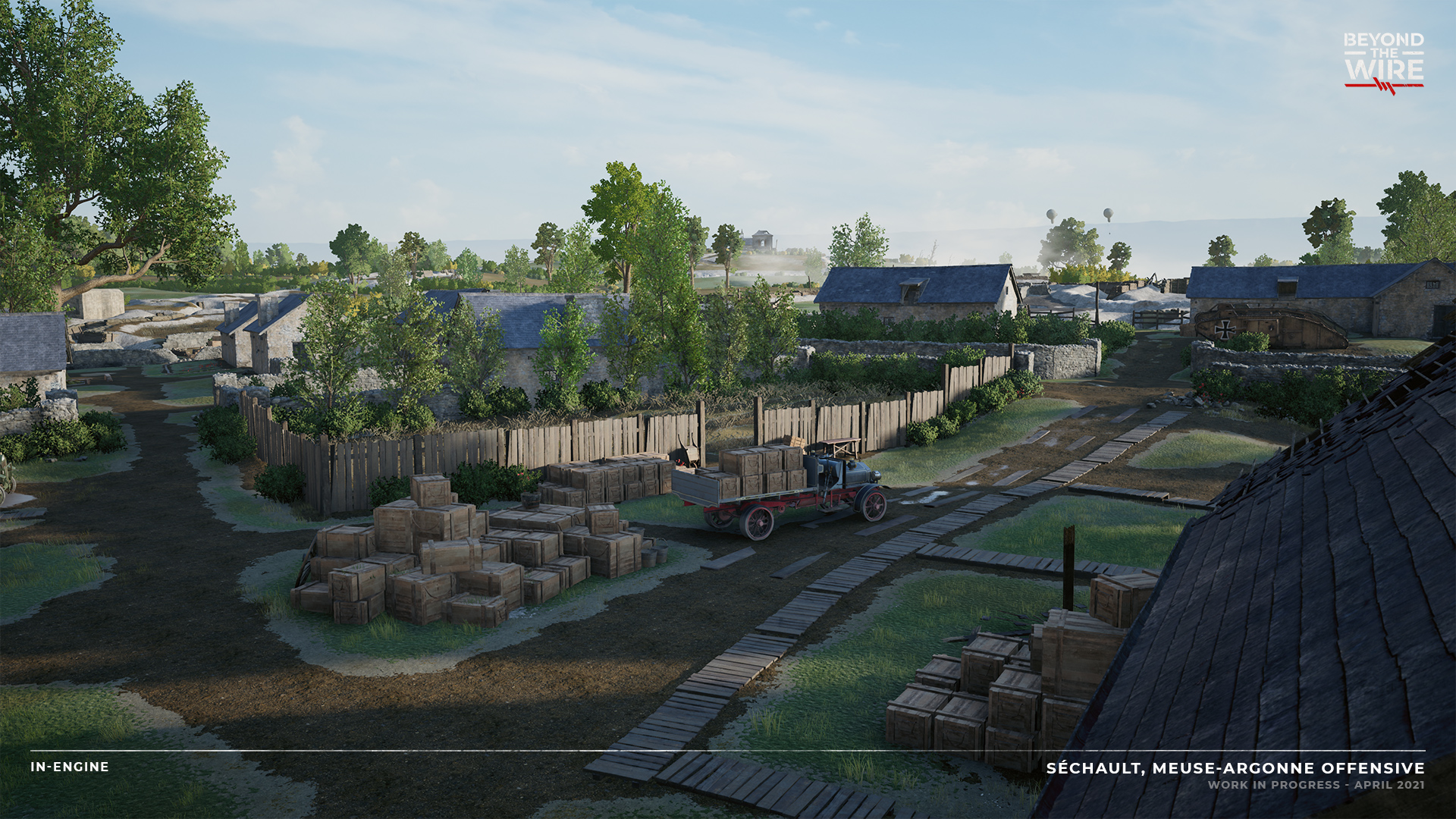 Pushing on through no-mans-land reveals the more established lines of the German Army. Defensive trenches and bunkers converge on the few remaining buildings that have been established as storage areas for ammunition and general equipment.

Stay alert Soldiers, we have more brief’s on the way before heading out for Operation Two!