Our second preview for Operation III is here and we are excited to showcase Vieil Armand. Inspired by the conflict for Hartmannswillerkopf peak this map will introduce a brand new biome filled with snowy hills, rocky outcrops and stone structures. Throughout World War 1 the French and German armies clashed on the mountain attempting to gain control of the vantage point, with both sides winning battles and taking control for a time. 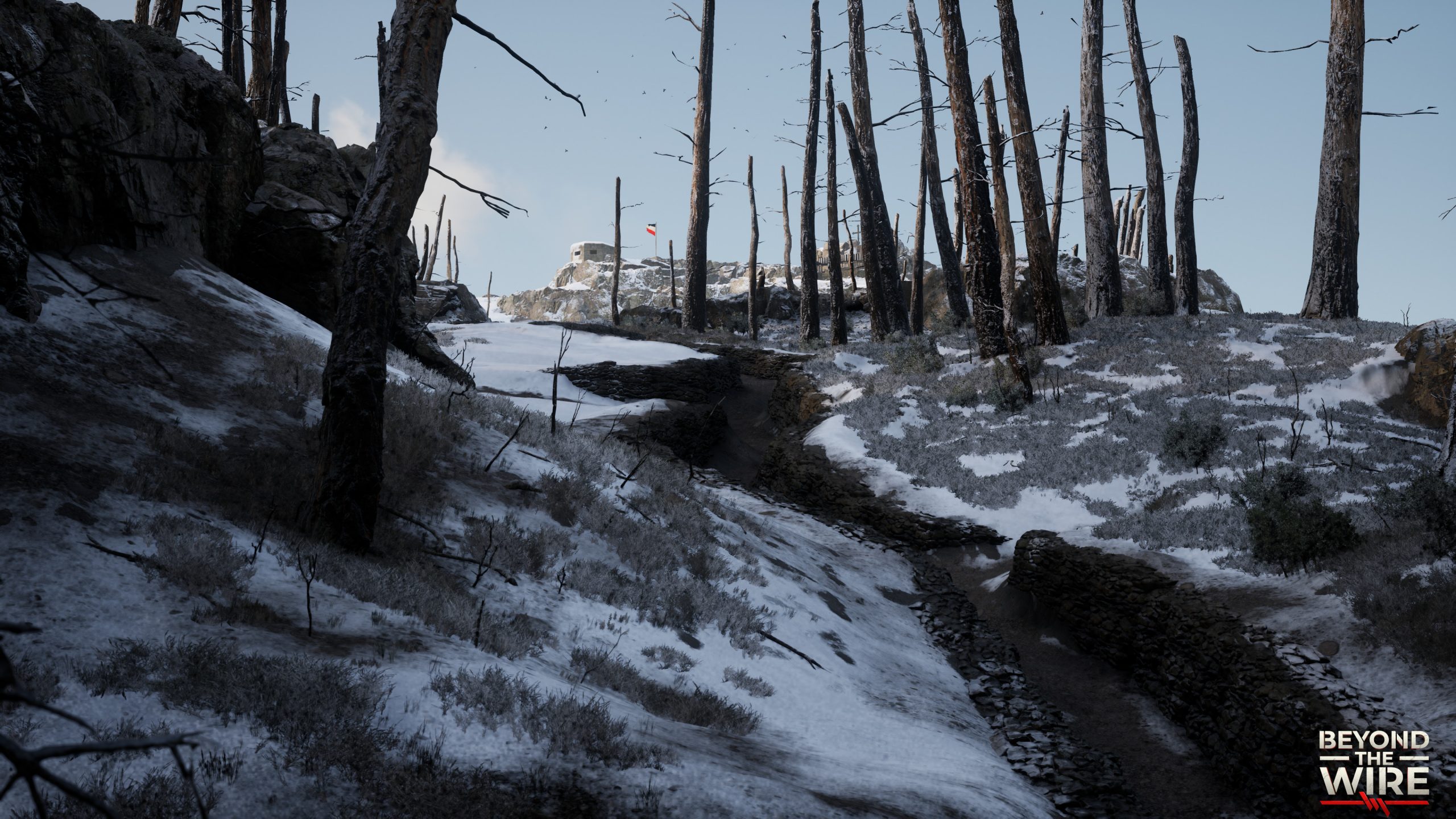 Deploying into a new field of battle unlike anything seen yet, Vieil Armand delivers new terrain with an emphasis on verticality, with varying elevations and engagement distances adding a fresh experience to Beyond The Wire. 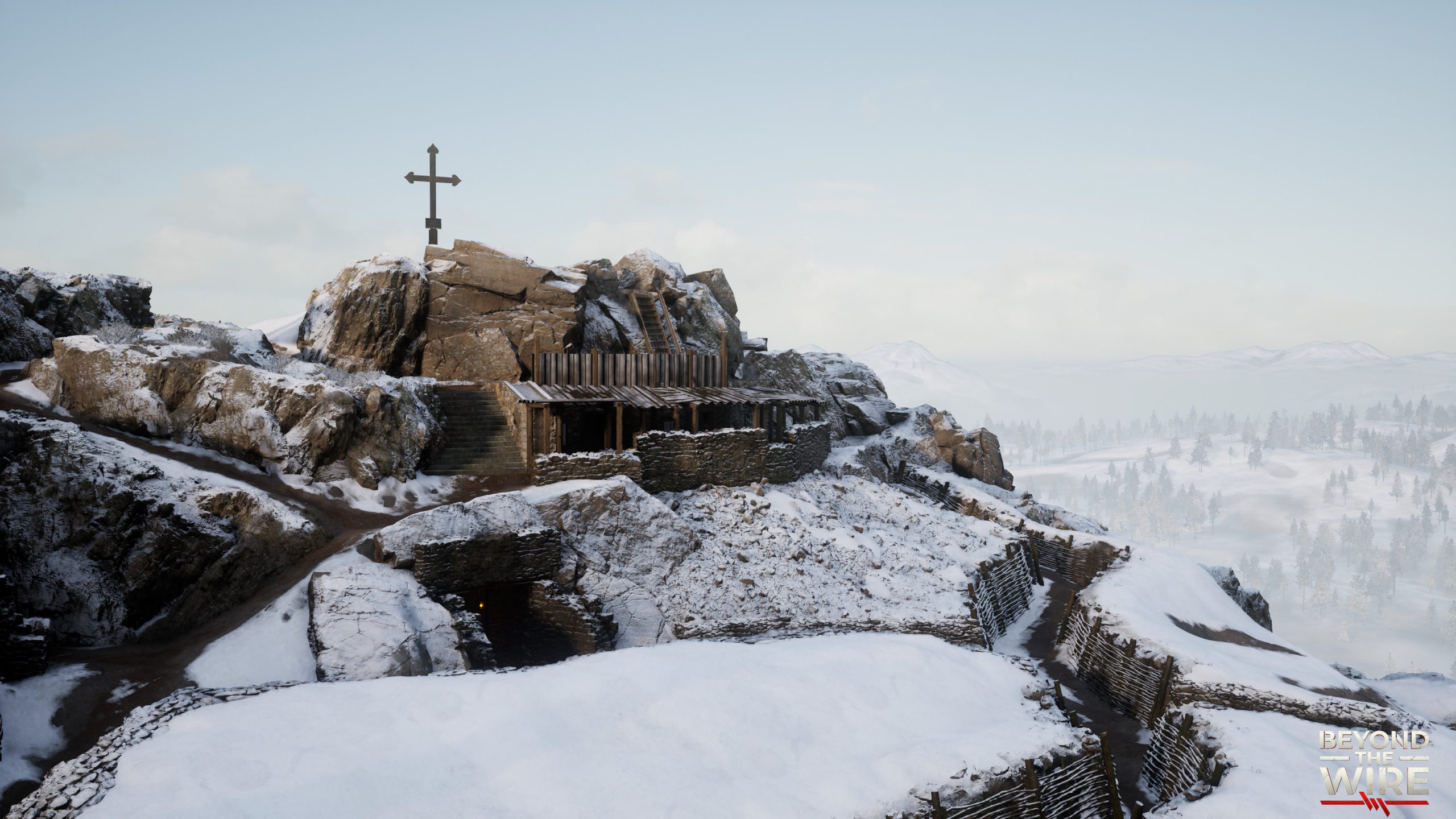 As Vieil Armand had been contested frequently during the conflict a large effort has been made to secure the mountain peak. A fort-like establishment has been built, with tough defences and ideal firing positions. 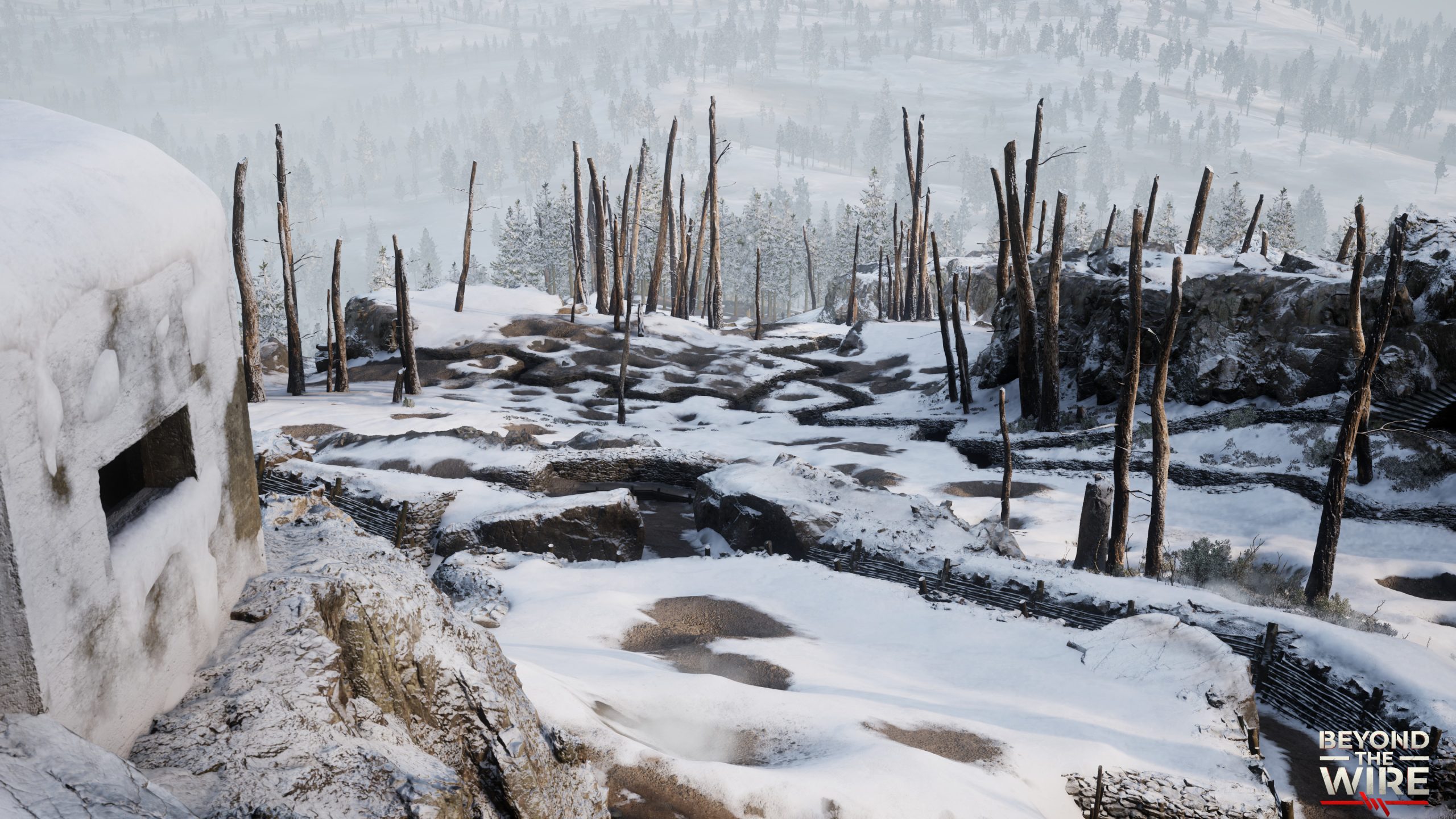 Taking advantage of the natural environment the German forces have built bunkers in the rock, covering approaches to the top. Shell holes litter the ground around this position, forcing attackers to overcome the undulating terrain and the shallow trenches to advance. 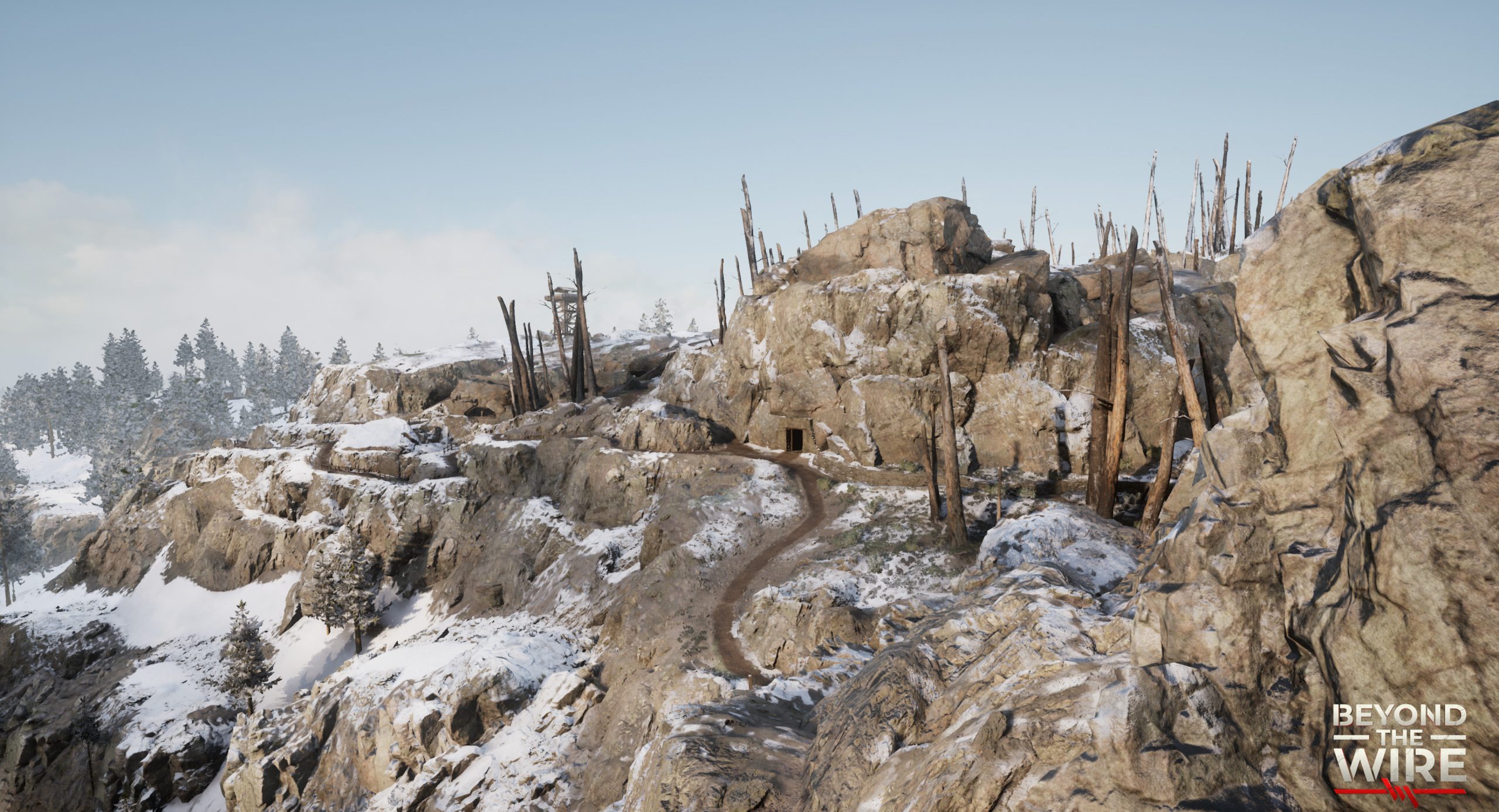 Infantry units looking to reposition can follow old mountain paths that provide some safety when seeking to surprise the enemy. Defending teams will want to lockdown avenues of approach with help from fire support sections to block vulnerable flanks. 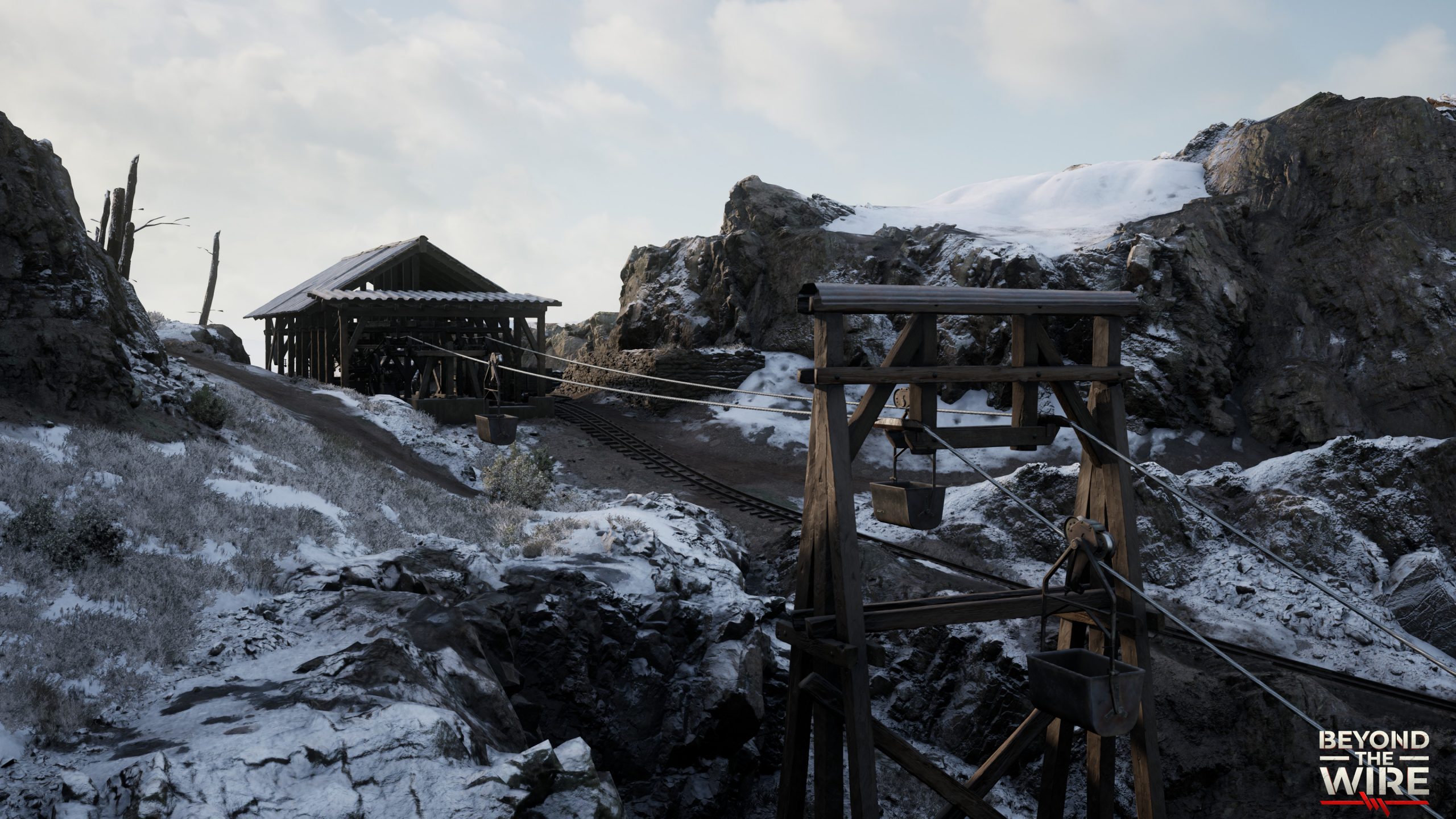 Supplies are ferried to the base through a cart-and-pulley system and single railway line, which both arrive on the North side of the ridge. Giving quick access both up and down the mountain, teams that control this point will have success in progressing through the field. 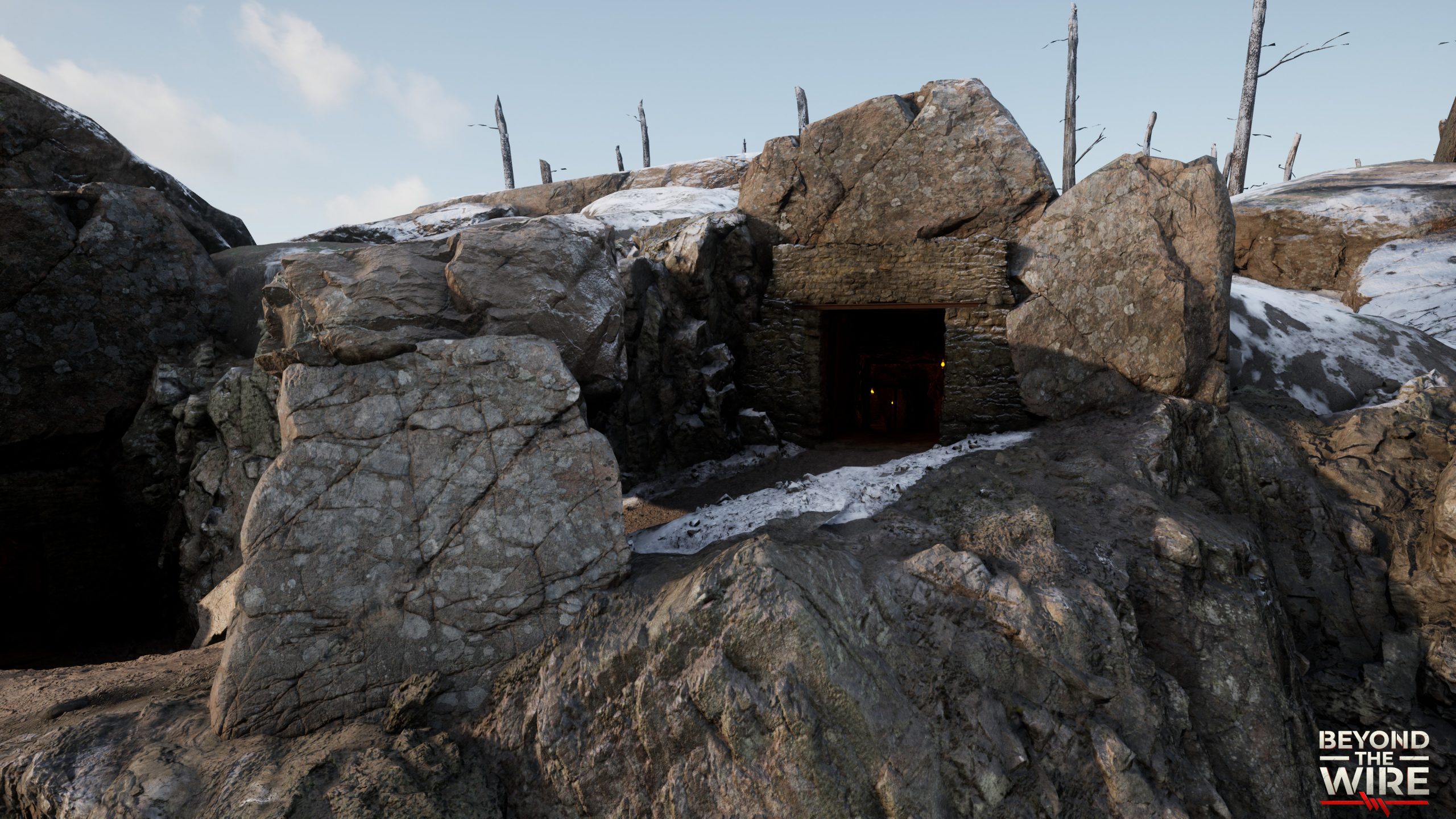 Short stretches have been bored out of the rock, opening up quicker ways across the peak. Soldiers will find many entrances in the area leading into the mountain, with one revealing an elevator shaft complete with loading platform, used to lift men, equipment and supplies. 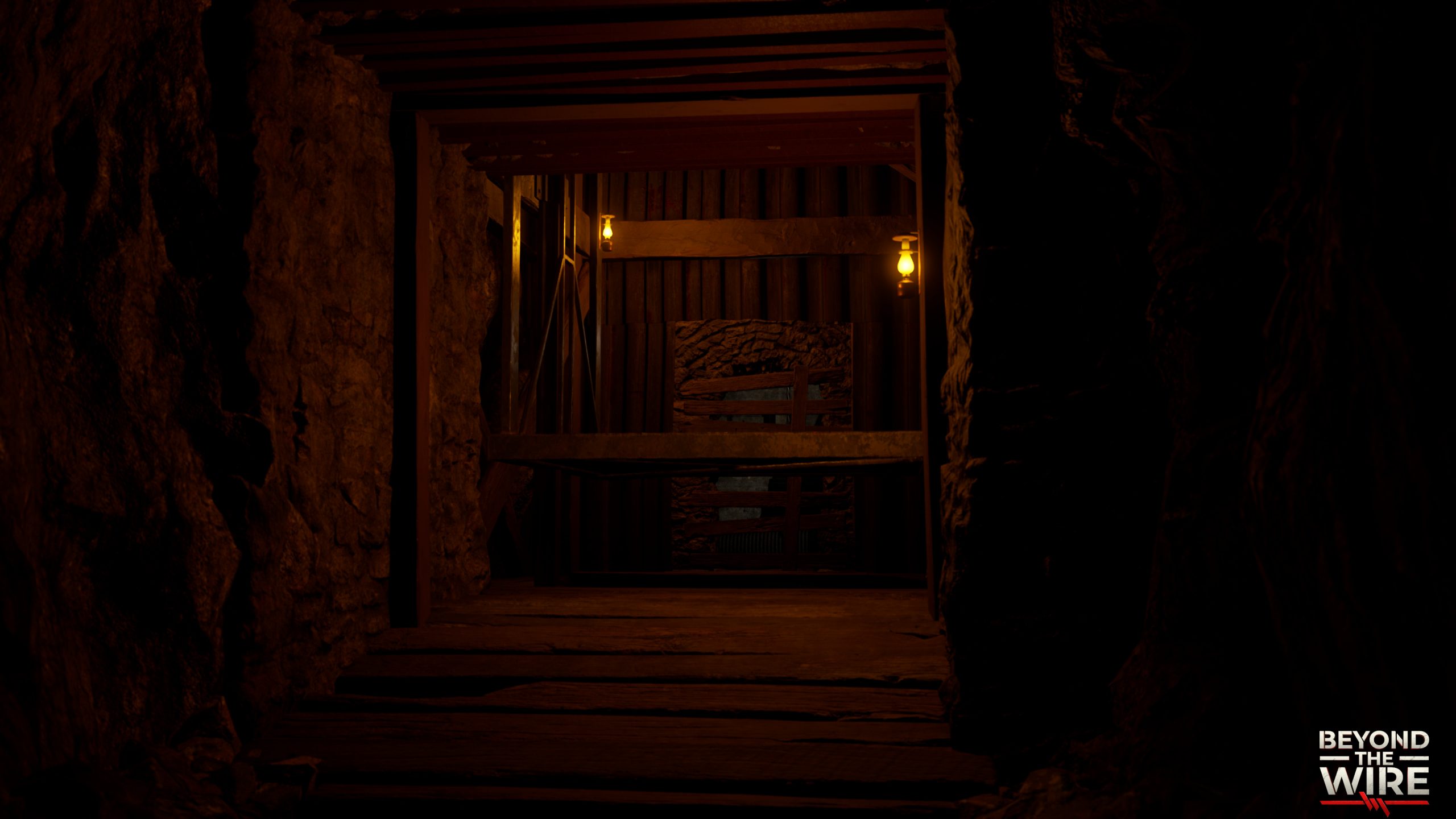 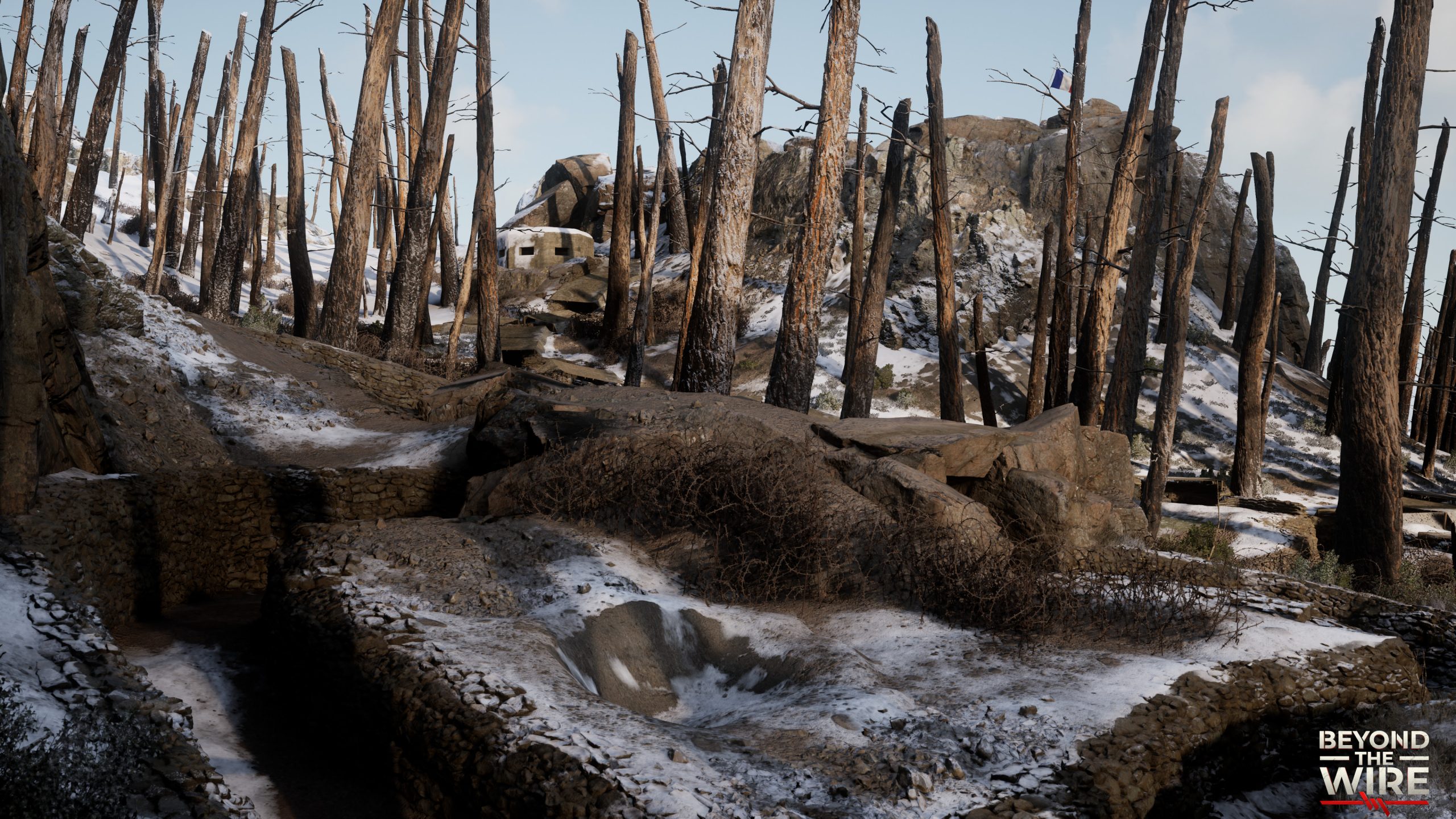 Such an environment makes entrenchment difficult. Where possible, short, shallow trench routes lead up and down the hillside with stone-reinforced walls. Parts of the network have metal and netting covers in an attempt to obscure soldiers movements. 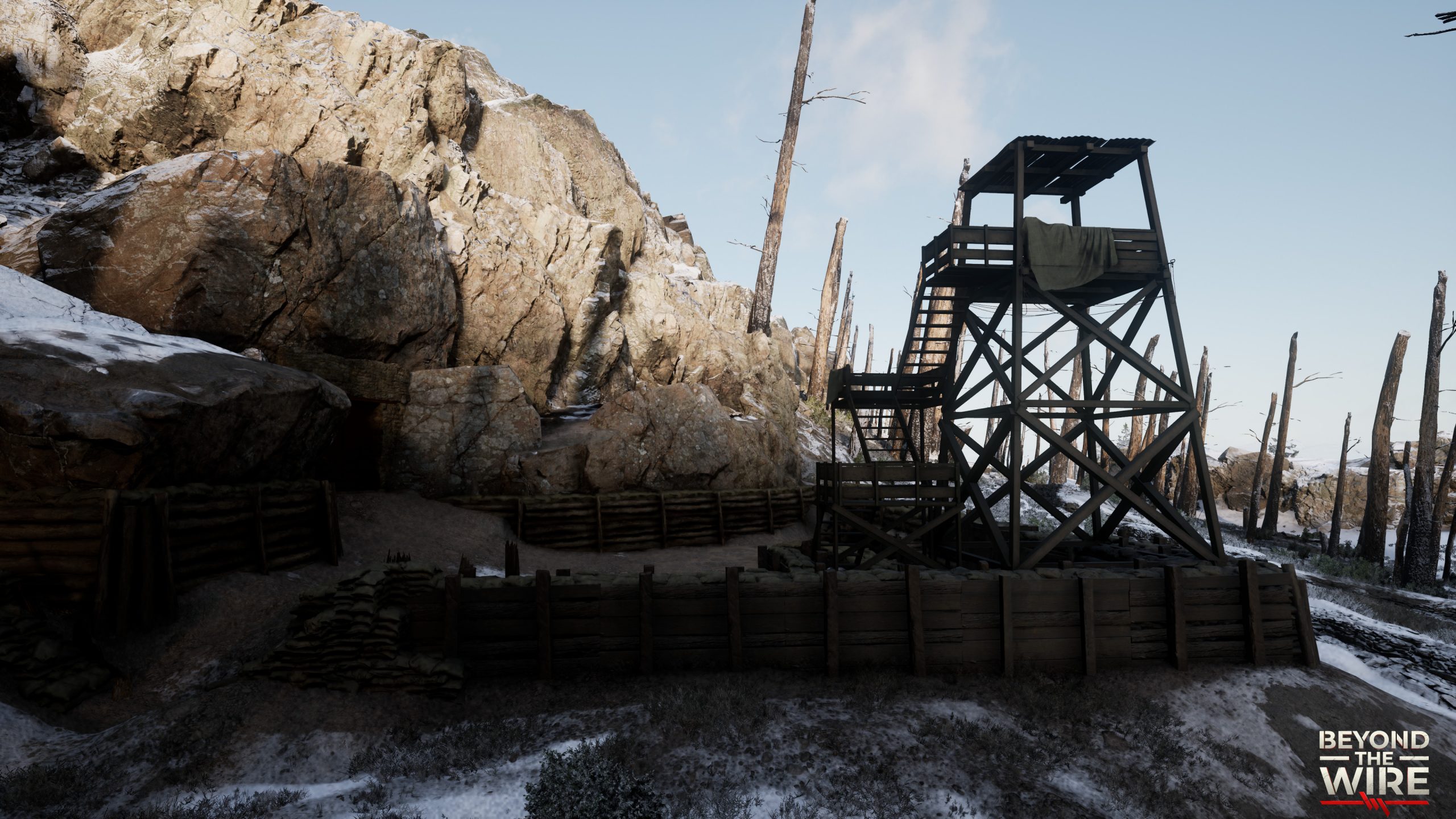 Ensuring use of the position is maximised, engineers have erected strong watchtowers which have allowed better sight lines down to the lands below. Further defences encircle the tower allowing defenders to repel infantry attacks. 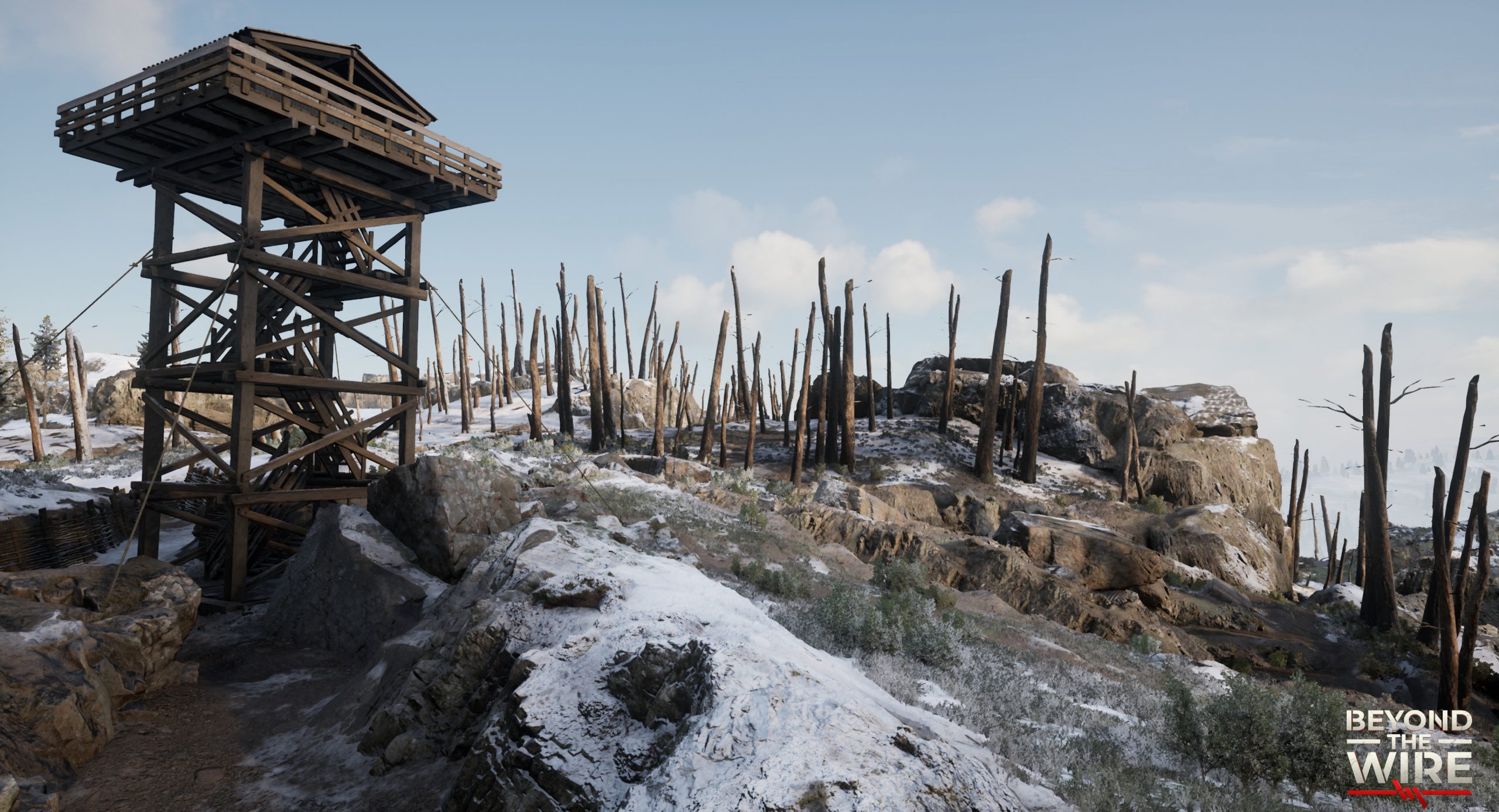 Operation III: Canada’s 100 days is on the horizon so stay posted for more previews of the new content and features coming with the update. See you in the trenches Soldier!