February has come to an end and the development team continues to storm through the priorities for the upcoming updates for Beyond The Wire. With tanks and the progression system still taking up a large portion of development time we can reveal some of the works being done by the other departments. Take a peek behind the scenes at some of the highlights completed through February!

The character models for the new factions are underway with the uniforms and equipment being modeled this month. Making slight changes to the uniform supplied for the British Empire, the Australian Imperial Force will be arriving with distinguishing features to their uniform to help separate them visually from the other Empire forces. Seen here are variations on the coat collar, trench coat and puttees that we’ve seen from various resources which gives the faction a unique look. 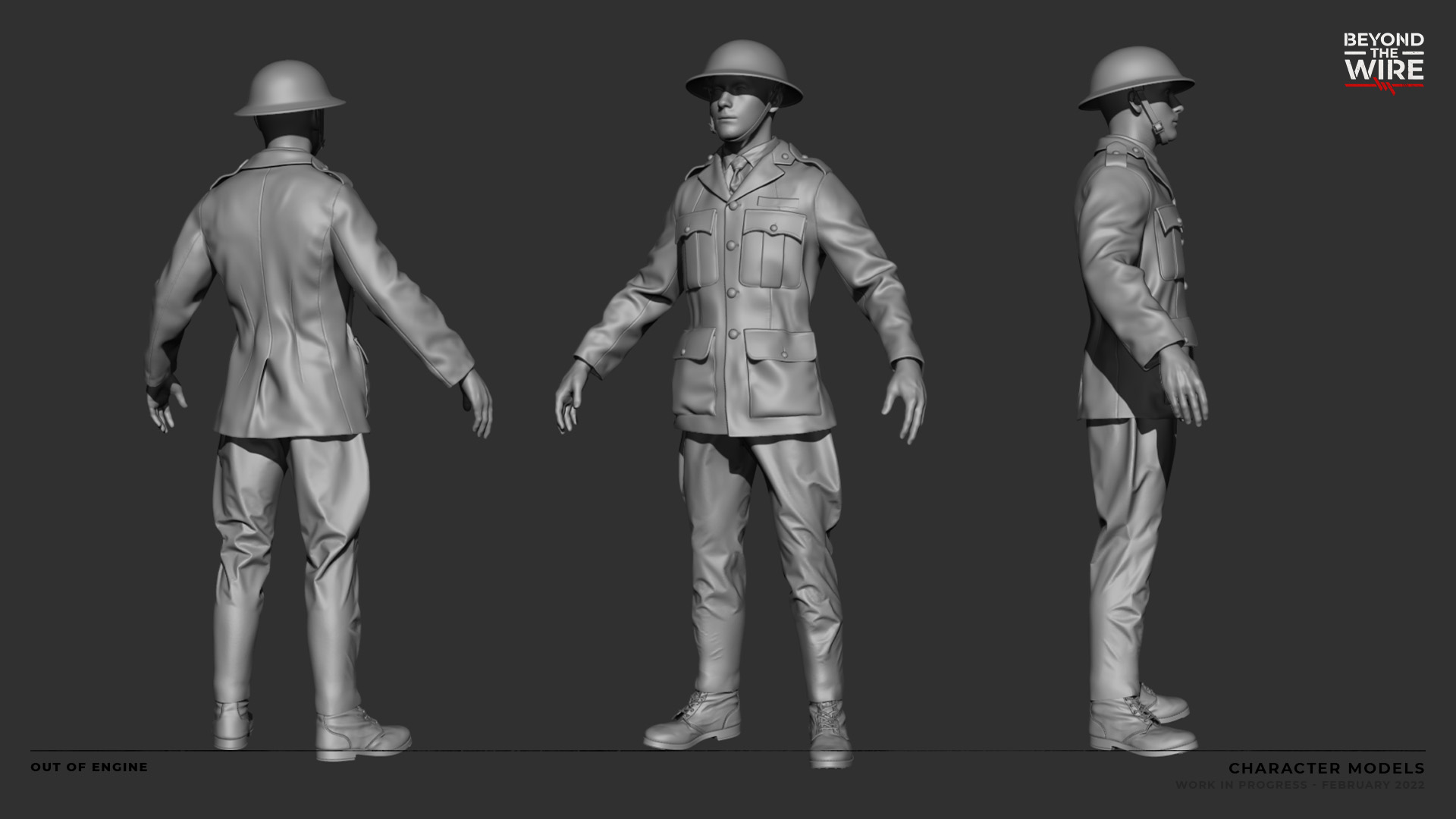 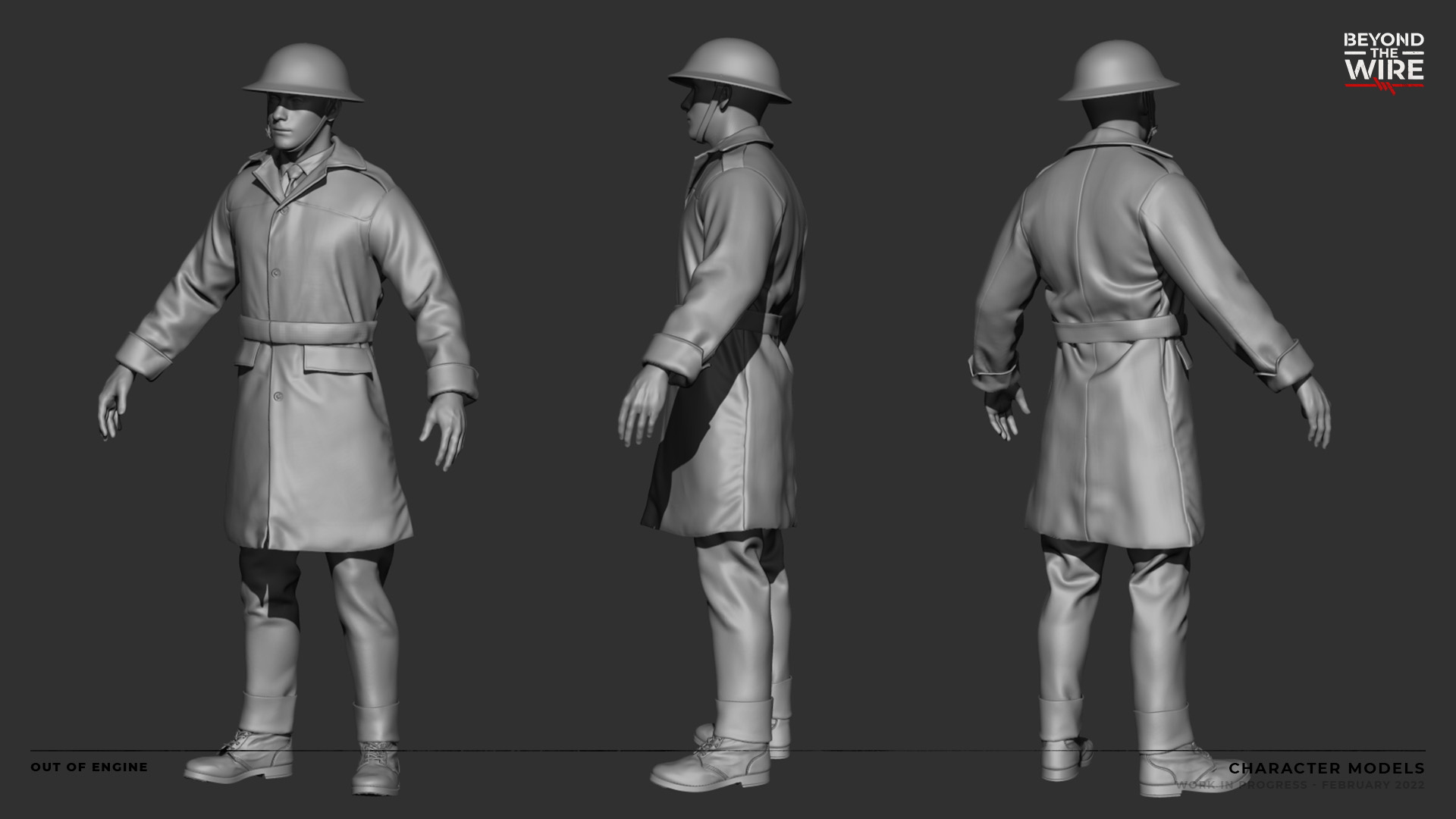 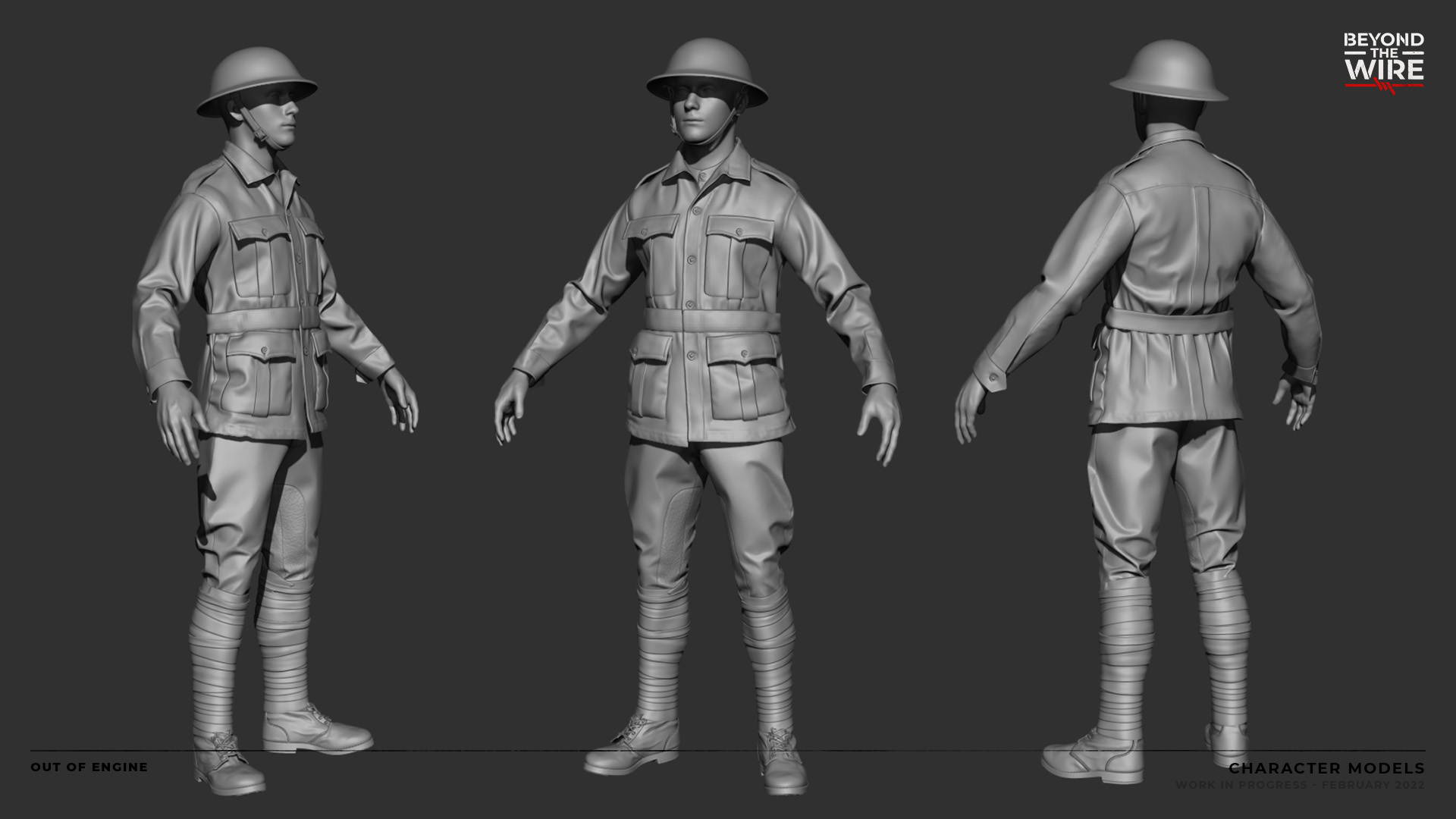 Another development on character models this month had been a much requested addition from the community for soldiers to show the accumulation of mud and blood from the conflict. Working on an update to texture progression players will have the option to choose how much wear is shown on the uniform when customizing their soldiers. Adding increasing levels of dirt and blood to character models will show how your soldier has been deployed throughout the war and the hardships they’ve overcome. Minor details like this will further the authenticity of our customization system and add background for your soldiers story. 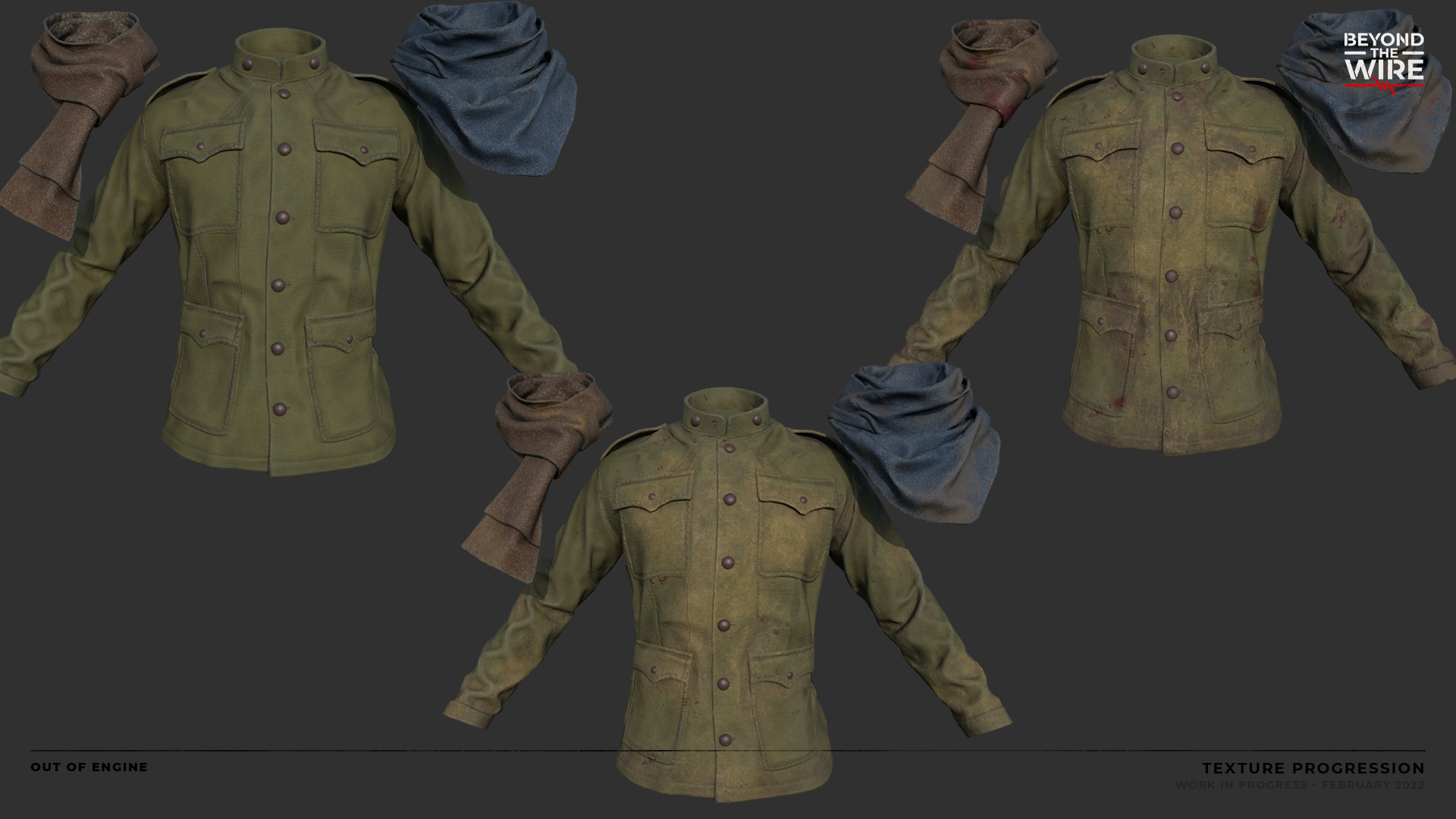 Animations have been completed for the next version of the hotchkiss that will be arriving in-game. Building upon the arsenal for the entente the Franco-American Hotchkiss Portative will be seen in the hands of the entente in pre-1916 maps, with some exceptions. While it was eventually replaced by superior weapons the M1909 Portative will be arriving to reinforce the French and British armies in our next update.

Another sidearm option is also on the way for the British Empire. Looking almost identical to earlier iterations the Mk IV was revised and scaled down to use smaller ammunition with most of it’s internal mechanisms being taken from the Mk III. Keep an eye on the horizon for when this new sidearm will be entering the fray. 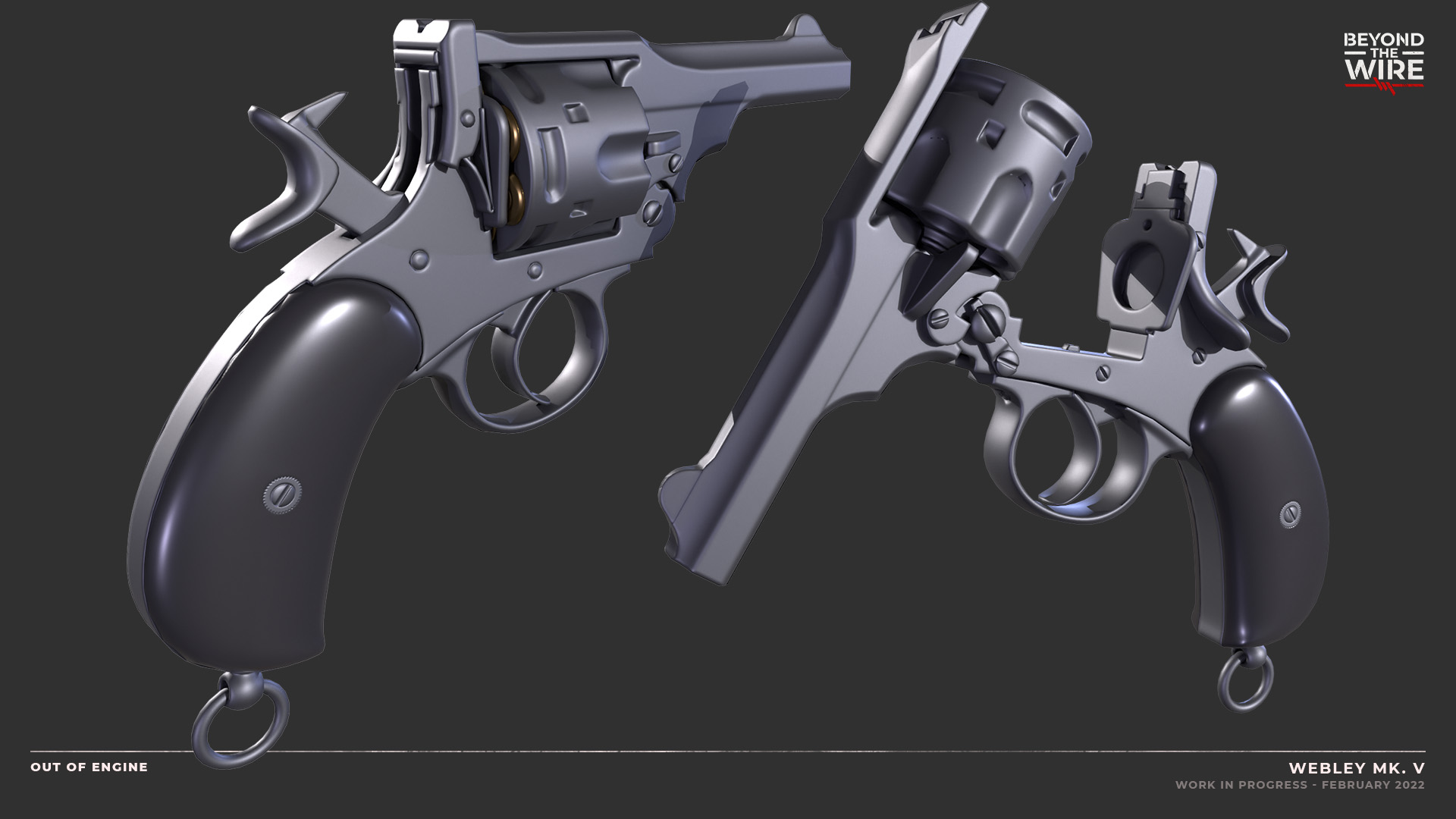 As mentioned in our latest spotlight article many of our released levels have been receiving some attention in preparation for Operation IV. Cantigny has recently been updated with changes to foliage and landscape shaders as well as repainting some of the areas that haven’t been touched since it’s release. One of the goals for this work was to give players a better sense of direction when moving towards the center of the map. With new trench lines, less dense foliage and clearer pathing players will have an easier time navigating this map 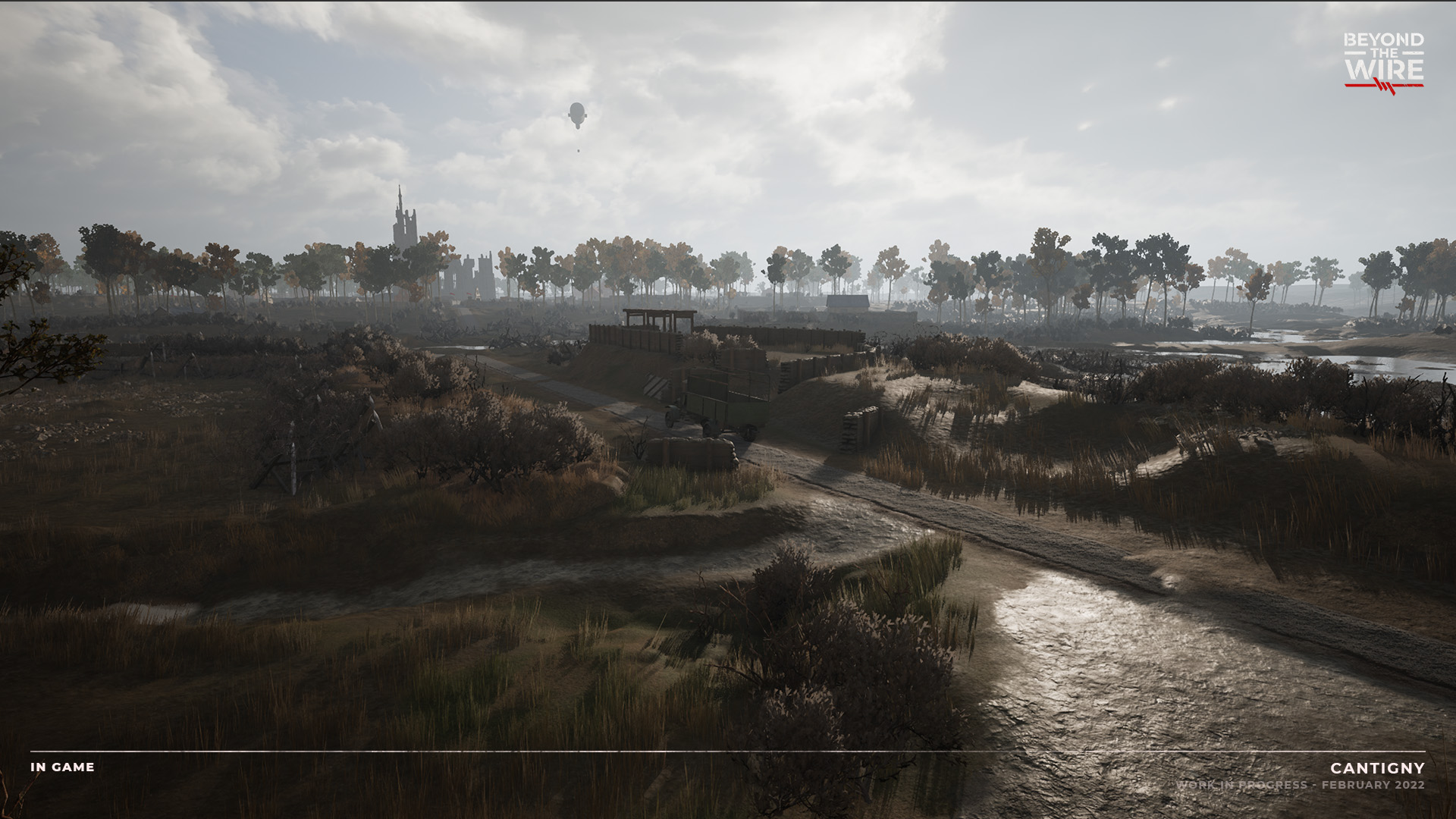 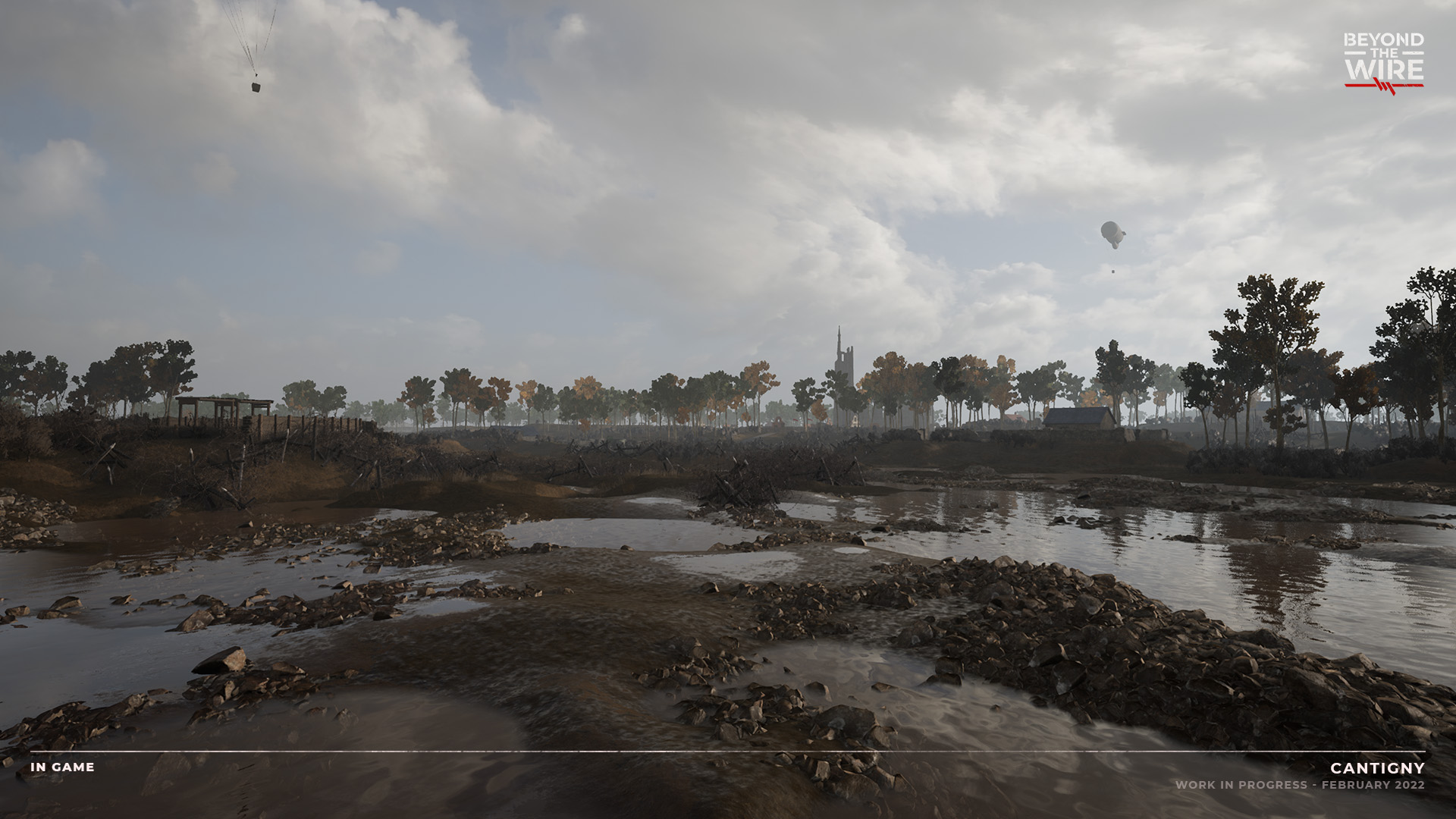 Further focus has been given to updating Combles with more areas receiving a new lease of life. With infantry-heavy areas getting some attention, trench systems have been expanded and various points of interest have received additional detail to help bring the map up to standard for Operation IV. We’re sure this new version of the Somme battlefield will be a big hit with the community. 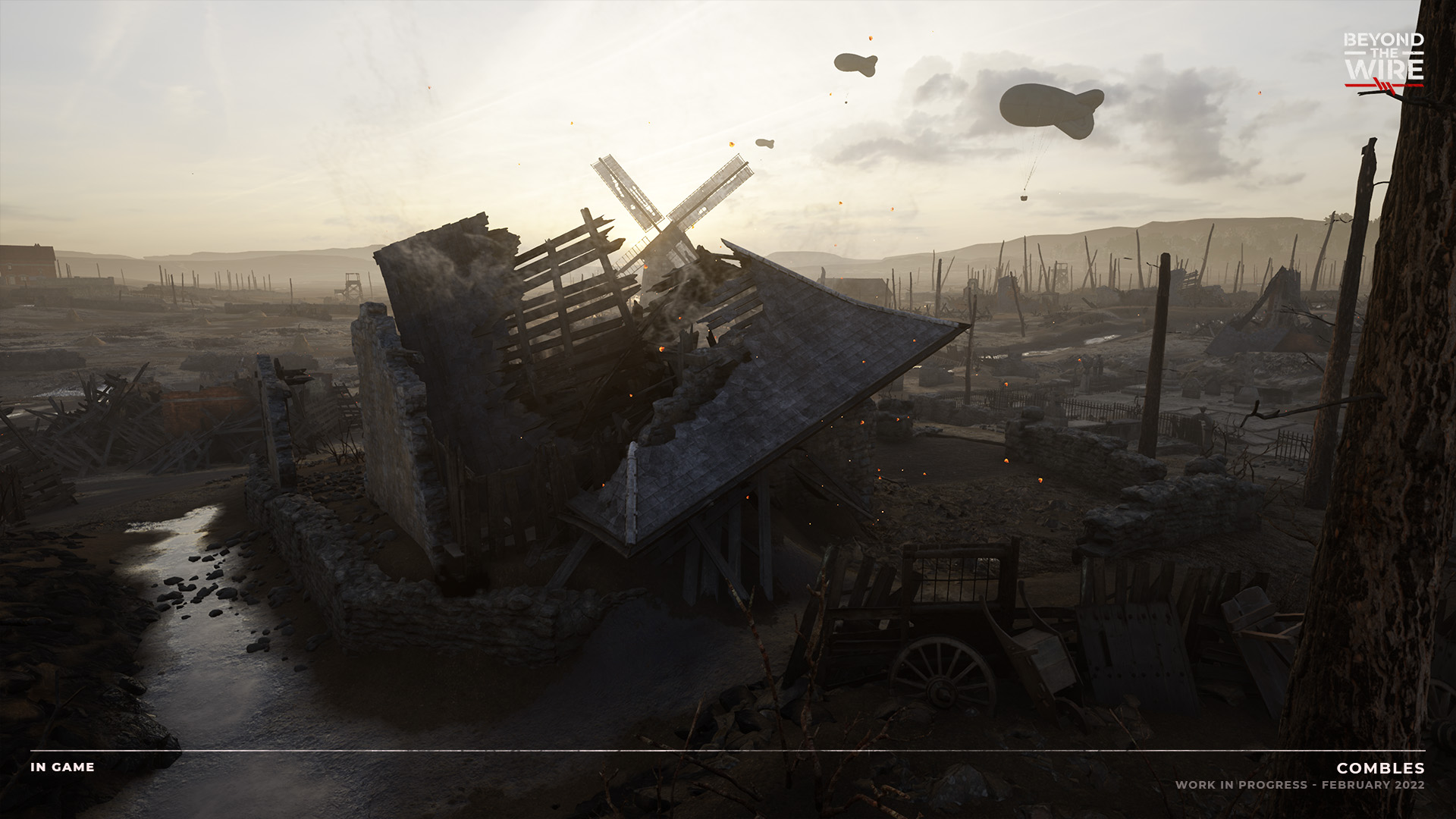 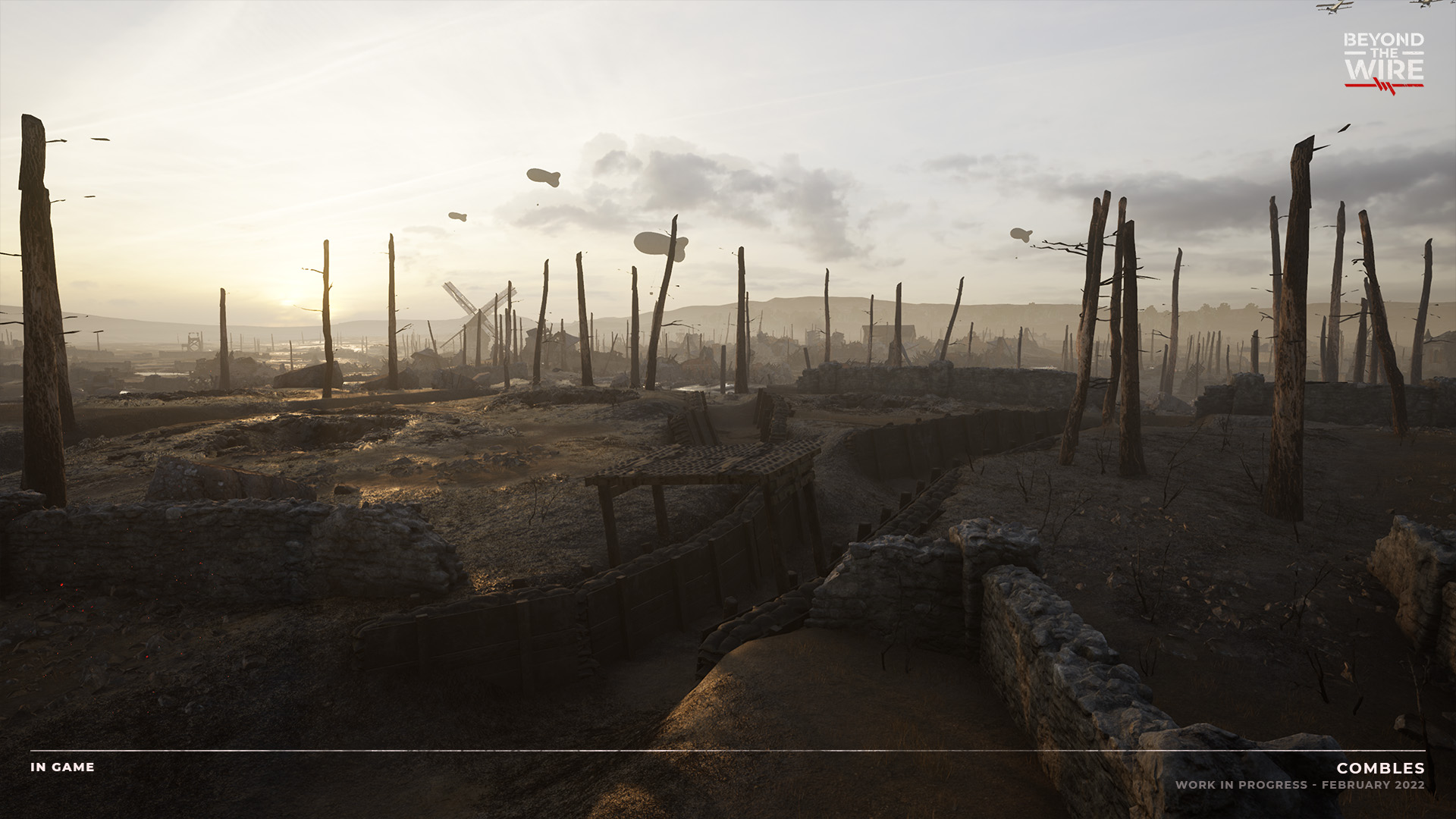 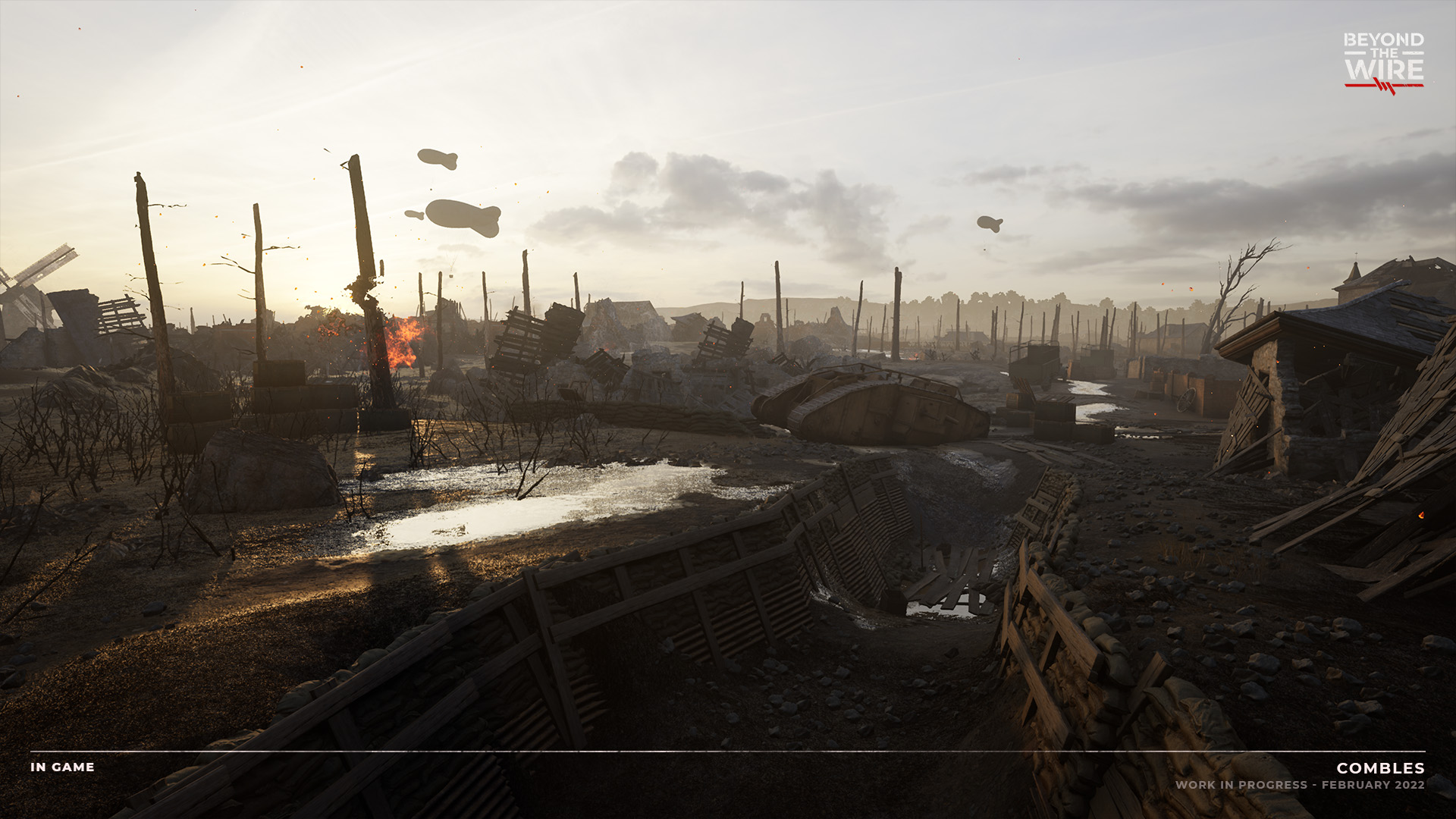 As always we’ll be sharing more updates from the team they work through all the new content and features arriving with Operation IV this spring. Keep the eyes on the horizon Soldier, we’ll see you in the trenches!