Our brand new customization and progression system will be arriving this summer with Operation III so we thought it was time to preview this new feature! The development team have reworked player stats and how your contribution to a round is scored, building a brand new framework to introduce new actions and statistics that will be tracked and saved across sessions, feeding directly into your progression.

The first items to address are the new scoring system. Players will now gather points across three categories that are broken out further into specific actions. Scoring points for a variety of actions will contribute to the three tallied scores of Objective, Team and Combat. 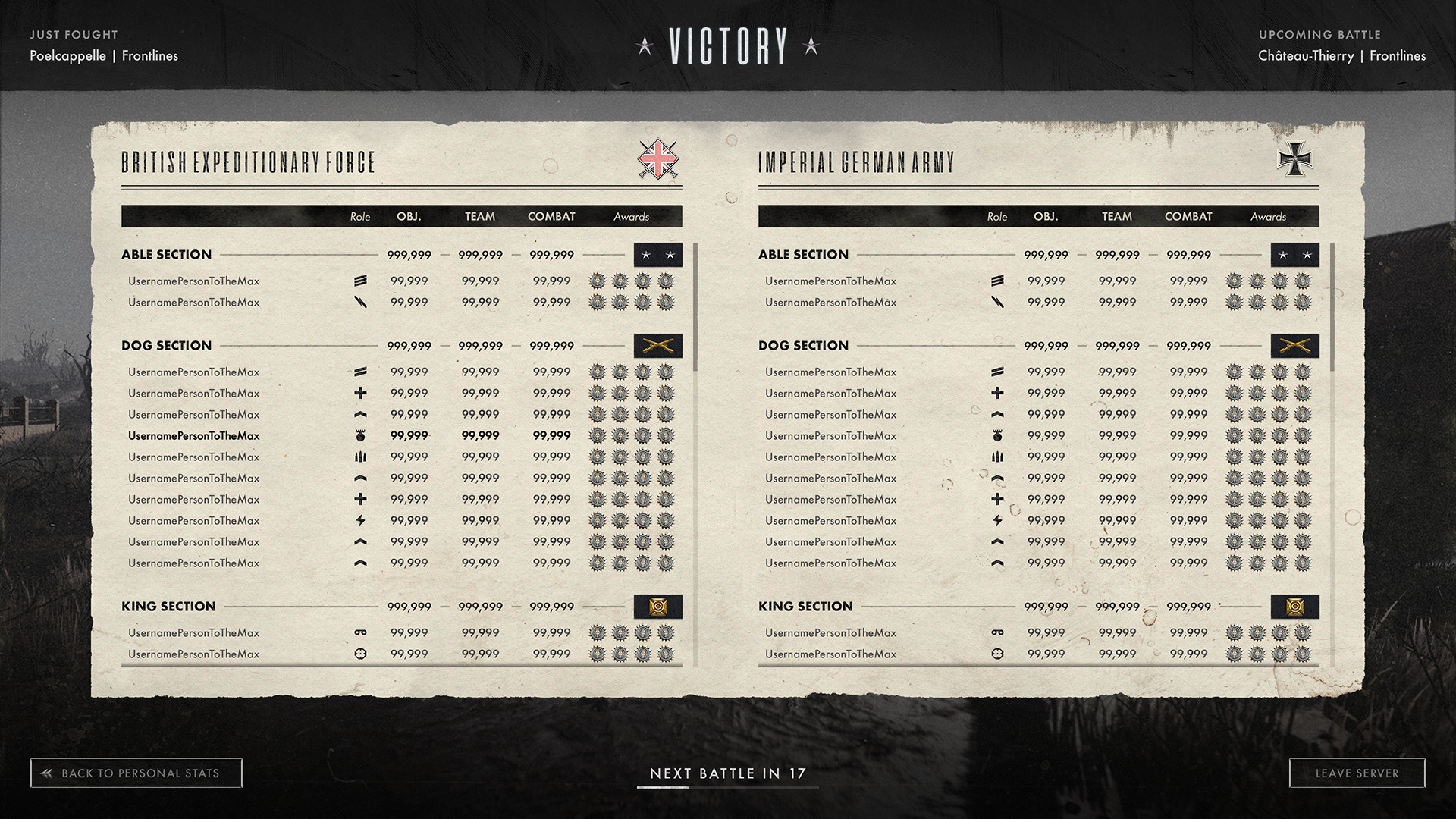 A second addition to the scoreboard are the Awards given to the top players of the round. Medals are awarded for achieving “Best in Class” for various actions. From Most Melee Kills to Most Revives, our awards system will cover the main aspects of combat.

Once the round has ended you will see a new End of Round screen which breaks down the three categories of score. With our new system introduced players will be able to see new stats such as KDR, Grenade Kills, Construction Score and more! This expanded scoring system means different section types and roles get the recognition on the scoreboard they deserve, as well as opening up the varied routes of progression and unlock trees.

While this is the first introduction of our new system you can expect tweaks and additions as development progresses. 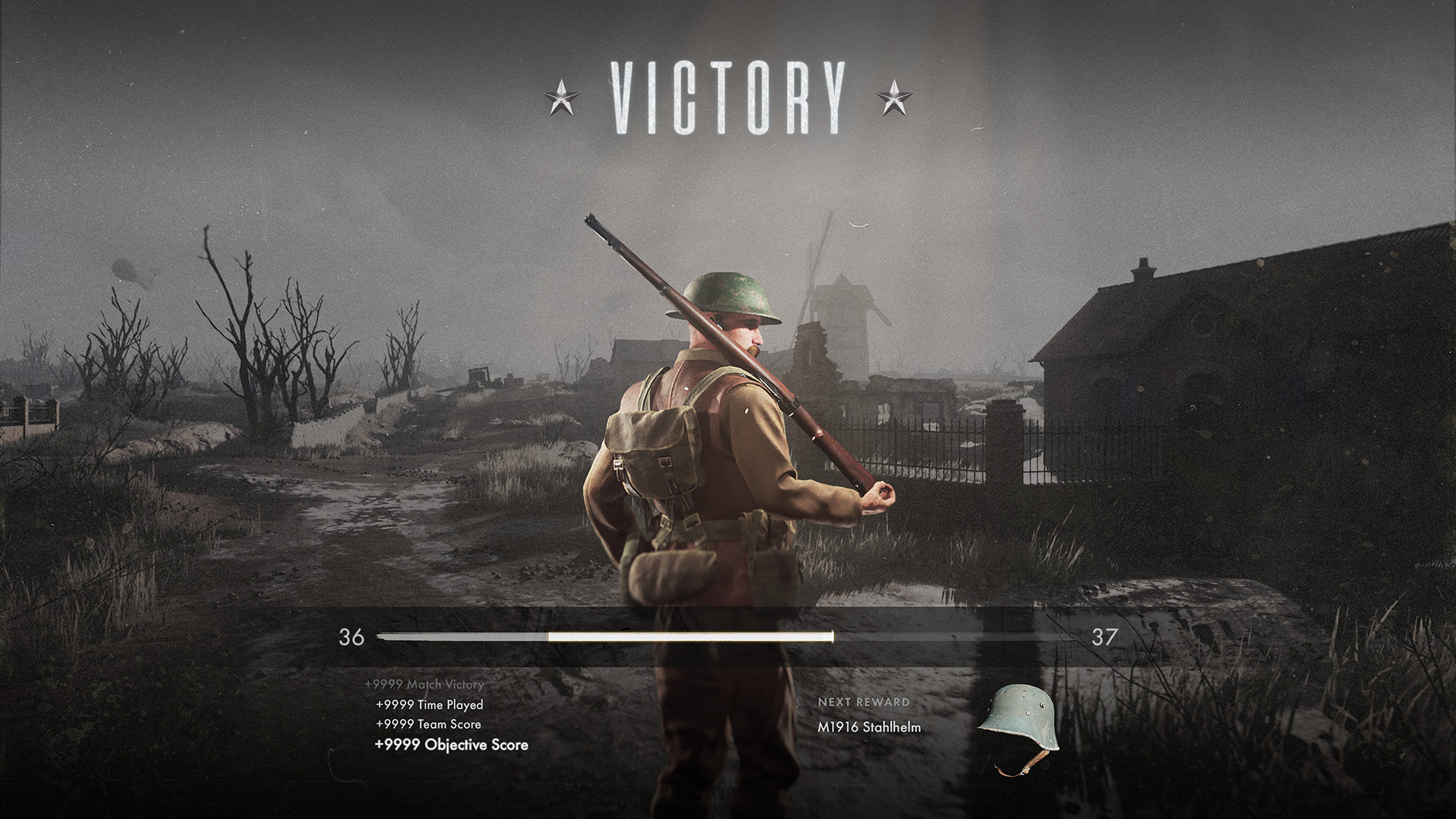 Leveling works by gaining experience at the end of a round, with rewards given for ranking up. The experience that contributes towards your leveling is weighted towards your teamwork-oriented actions, not your kills or your ‘Combat’ actions. Note that players leaving a round before it ends won’t receive rewards.
The top players of the round will also be displayed so if your efforts were vital to winning the round – you’ll be able to boast about it! 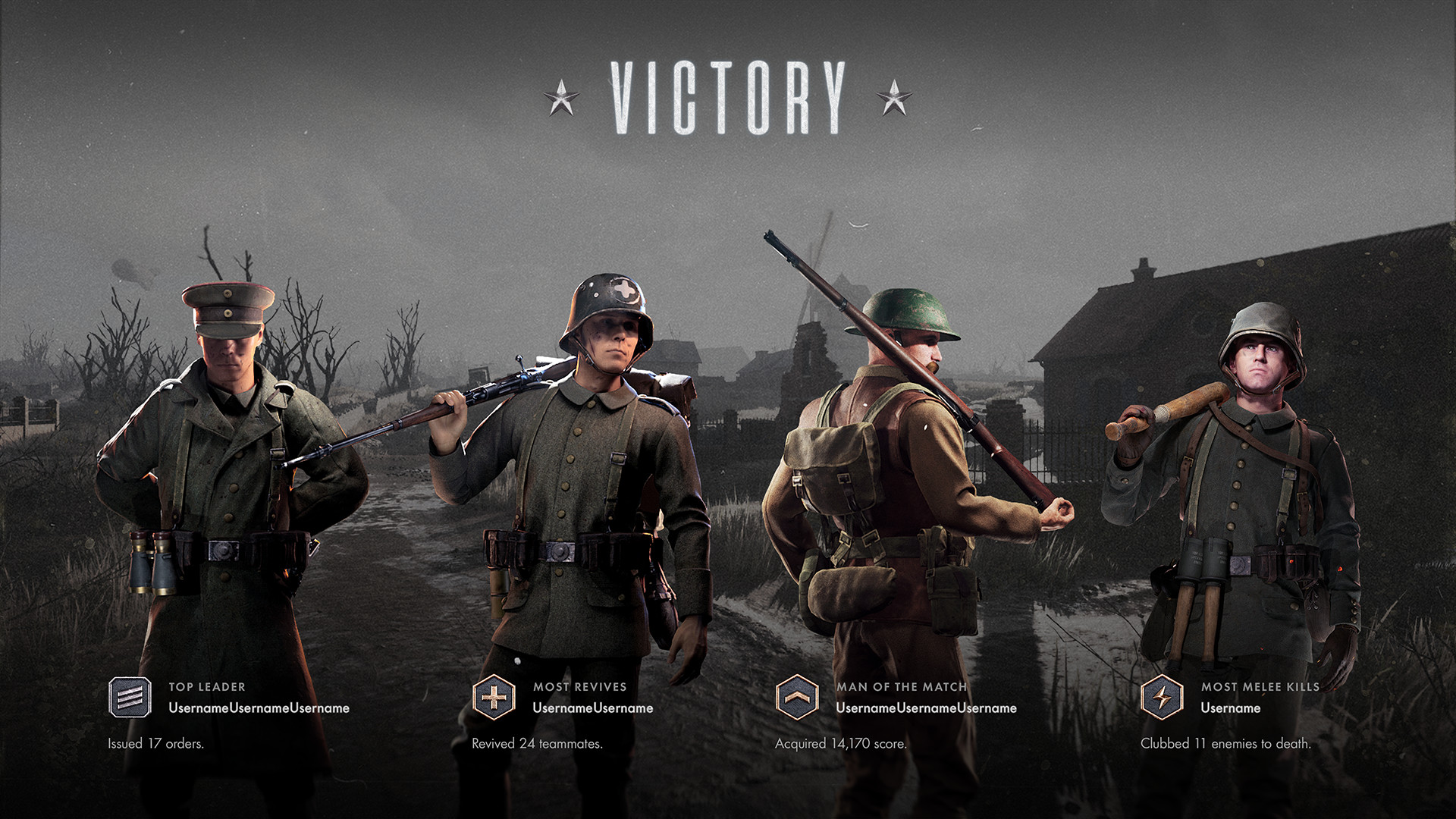 Player customization will come in the form of cosmetics which will be historically authentic items. These items will be categorized by Faction, years of use, and the role it can be equipped on. This means when you load into a level the faction and year associated with the map will determine the uniform you will deploy with! (pickelhaube confirmed?!)

The unique cosmetics will be unlocked by completing progression tree tasks for particular roles, such as completing certain tasks as Assault or NCO. Others items will also be unlocked from ranking up. 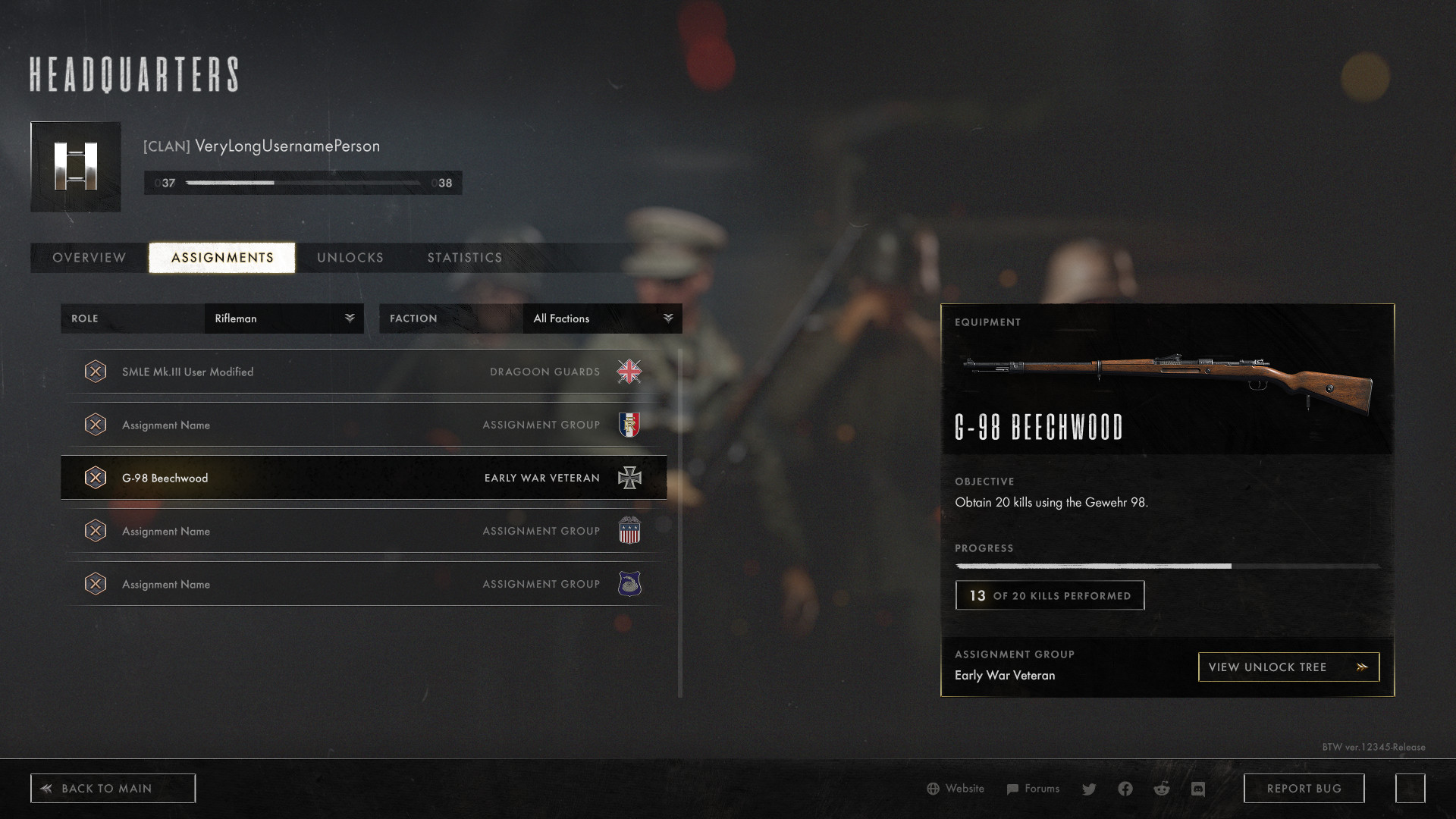 With this system being built from scratch the initial release will be the first prototype that we will continue to improve and expand on the throughout development. We have plans to include rewards for events and specific incentives when the system is in, so expect some timed exclusives in the future!

Keep your eyes up Soldier, we have even more previews for Operation III on the way!