It is with great excitement that we reveal our latest road map, and for the first time give a broader view of how Beyond The Wire will look in the future. While we have discussed plans sporadically during streams and discussions with the community we decided it was time to lay the future down so our players can see all the interesting features being planned and where Beyond The Wire is headed. With Operation Two closing out the first 6 months of Early Access, we are ready to present the journey ahead for Beyond The Wire. Throughout Early Access we will continue to release Operations to deliver relevant and fascinating content that delivers a new experience on the Western Front, with new diverse battlefields, iconic weapons and important factions all changing the battlefield around them. Supplementing these larger releases will be smaller updates to fix bugs, make UI improvements, introduce new weaponry for existing factions and make general quality of life and optimization improvements.

Note: This roadmap is subject to change dependant on community feedback and development requirements. 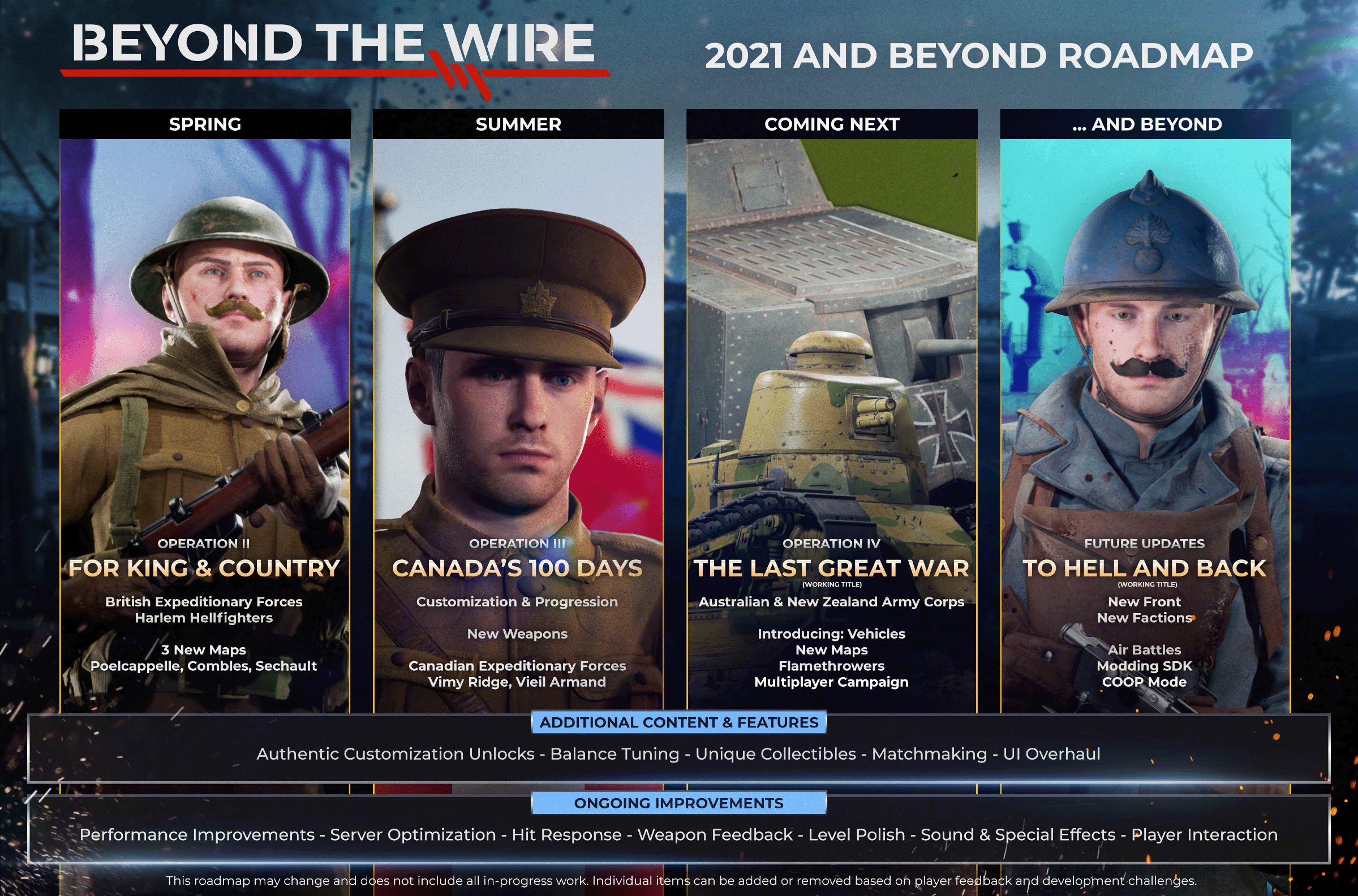 The major pieces to identify in our new roadmap are the two Operations that follow For King and Country. This summer brings Canada’s 100 days, releasing the Canadian Expeditionary Force along with our initial customization and progression system and new weapons for existing factions. Following this operation players will see the Australian and New Zealand Army Corps joining the fray along with a first iteration of vehicles, flamethrowers and a multiplayer campaign. Throughout Early Access, there will be ongoing improvements to client and server optimization, sounds & special effects and continued level polish as we improve the game in all areas.

Our long term development plans which go beyond the 1.0 launch will see us aim for air battles, a COOP mode against AI and a brand new theatre, opening a new front of World War I. We will reveal details on all these new features and operations in due time, so remember to stay up to date on our development recaps and future updates on the game. See you in the trenches, Soldier!