Our Development Spotlight series returns to take a look at the on-going work being done in preparation for the introduction of tanks in our next expansion. Since the decision to include tanks before 1.0 release came recently there has been a number of requirements to update various aspects of gameplay systems, maps, and vehicle physics.

The level design team has been busy identifying the work needed to prepare certain fields of battles to be ready for tanks. With work going into existing maps to open up routes of travel for the land ships the team has also been addressing combat spaces for infantry which will be heavily impacted by the arrival of tanks. Seeking to add new areas to find safety in cover as well as routes onto objectives, players will notice the new and improved maps coming in Operation IV. Expanded trench lines, new tunnel systems and areas of hard cover have all been addressed across several maps giving infantry the safety they need to defend the incoming machines of war. 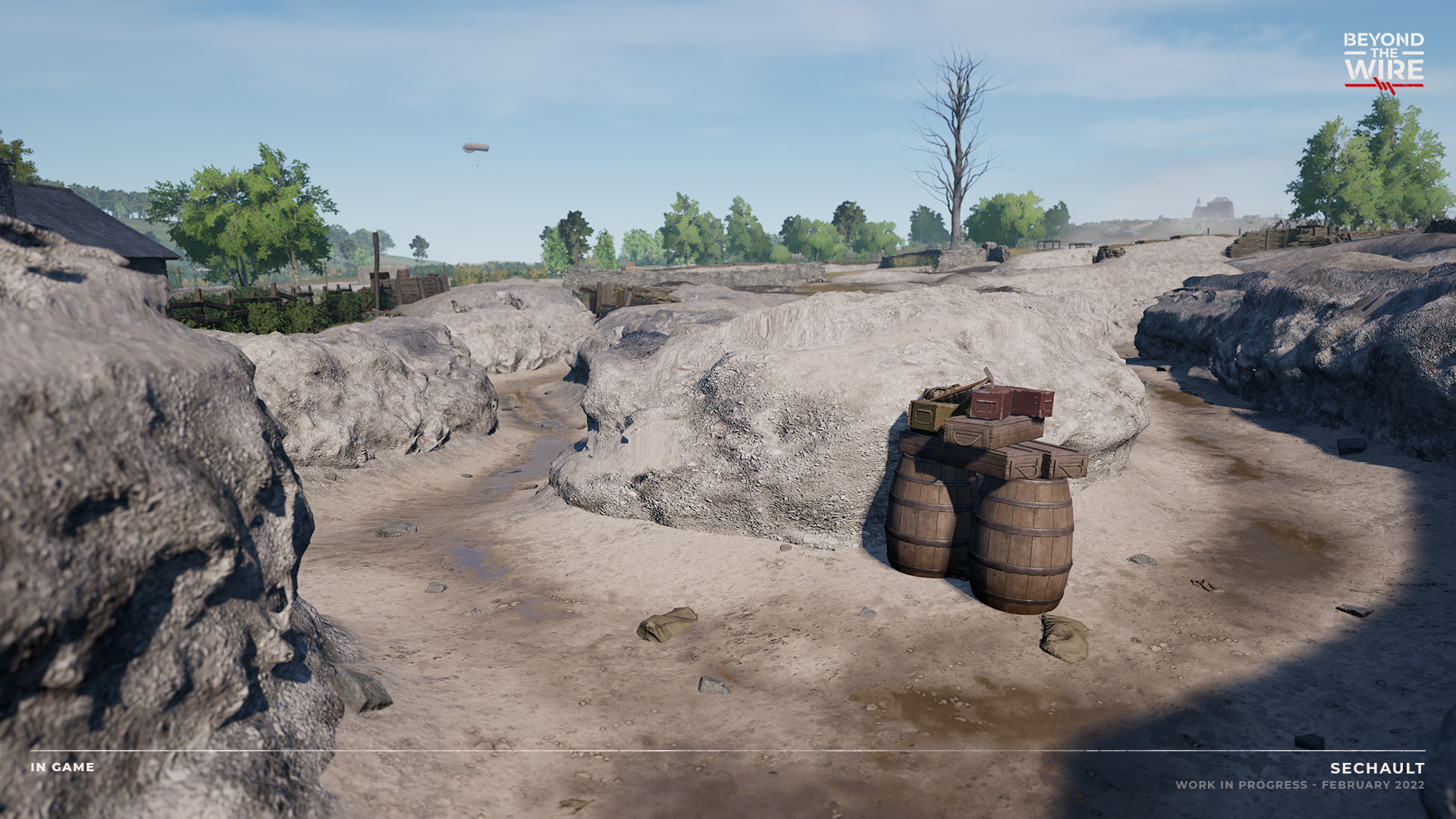 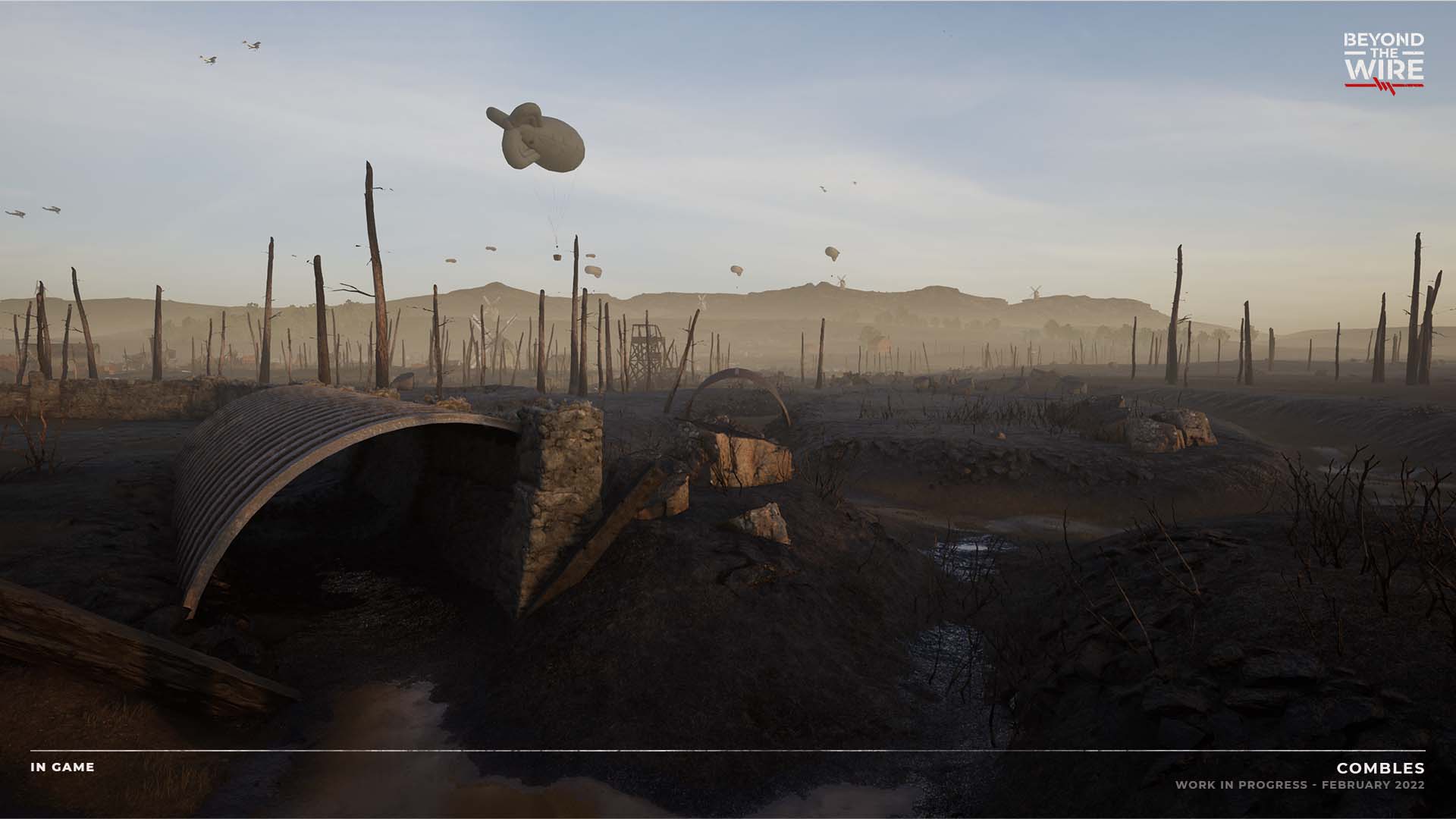 A new implementation for tank maps is the new tank trap systems that the environment art team have been working on. These new assets are being placed in certain areas of the maps where the design teams want to prevent tanks from accessing for gameplay reasons. Research has been done to see how armies engineered ways to defend against landships and these metal contraptions were seen across many frontlines. Here you can see the first version that the team have produced, large metal beams placed on Vimy Ridge to force tanks to find alternative routes. We’ll share further updates on these as they come closer to completion! 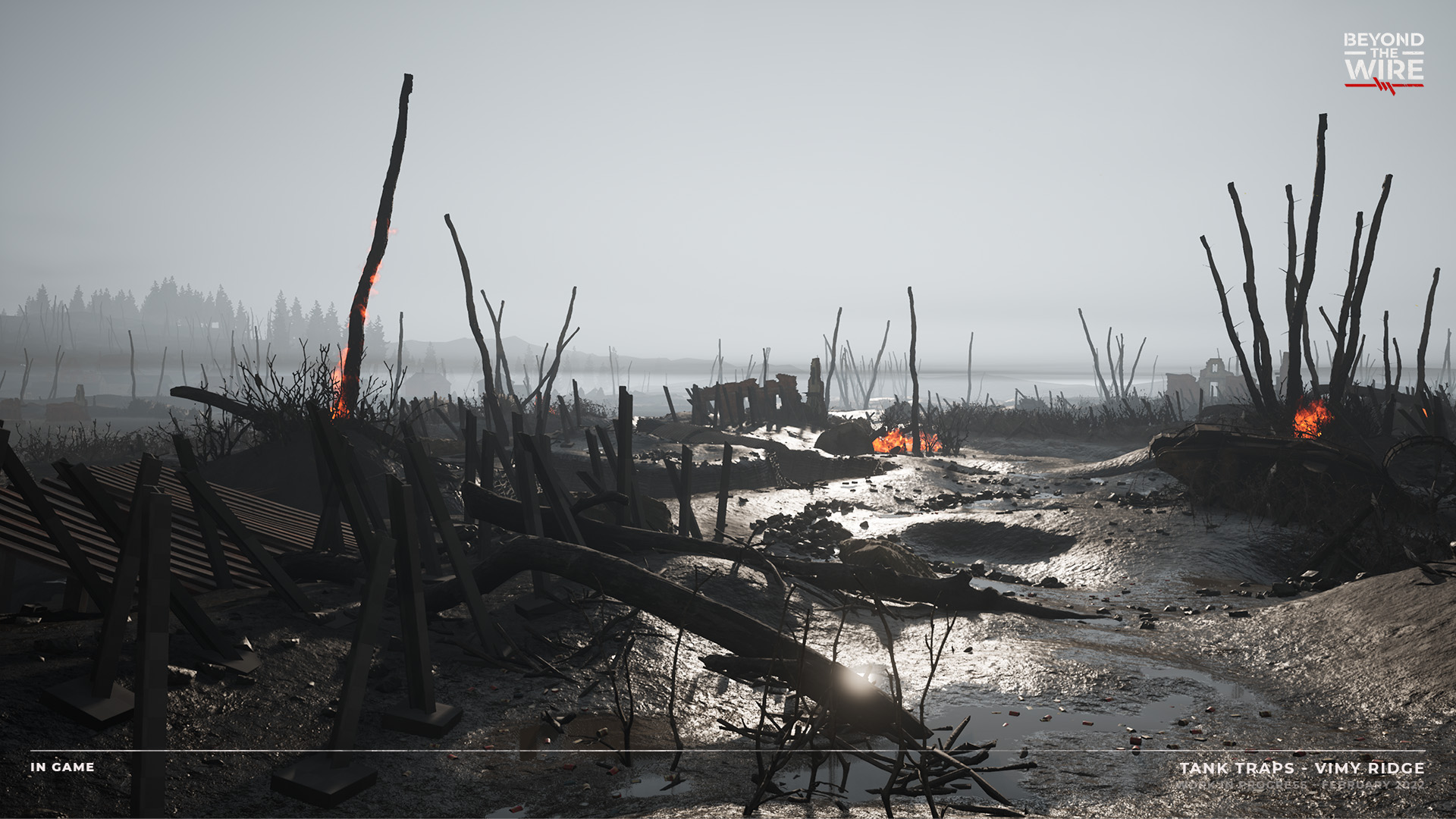 Another aspect that has been refined are the vehicle physics that arrived with the code base we’re using. Given the difficult terrain of WW1 battlefields, the behaviour of vehicles has had to be modified in order to develop tanks that operate properly and give them the advantages that these machines need for traversing across the field. From navigating across the shell holes of no-mans-land to the wide trench networks that sprawl across the field, the rework of these physics has been done to achieve realistic movement. 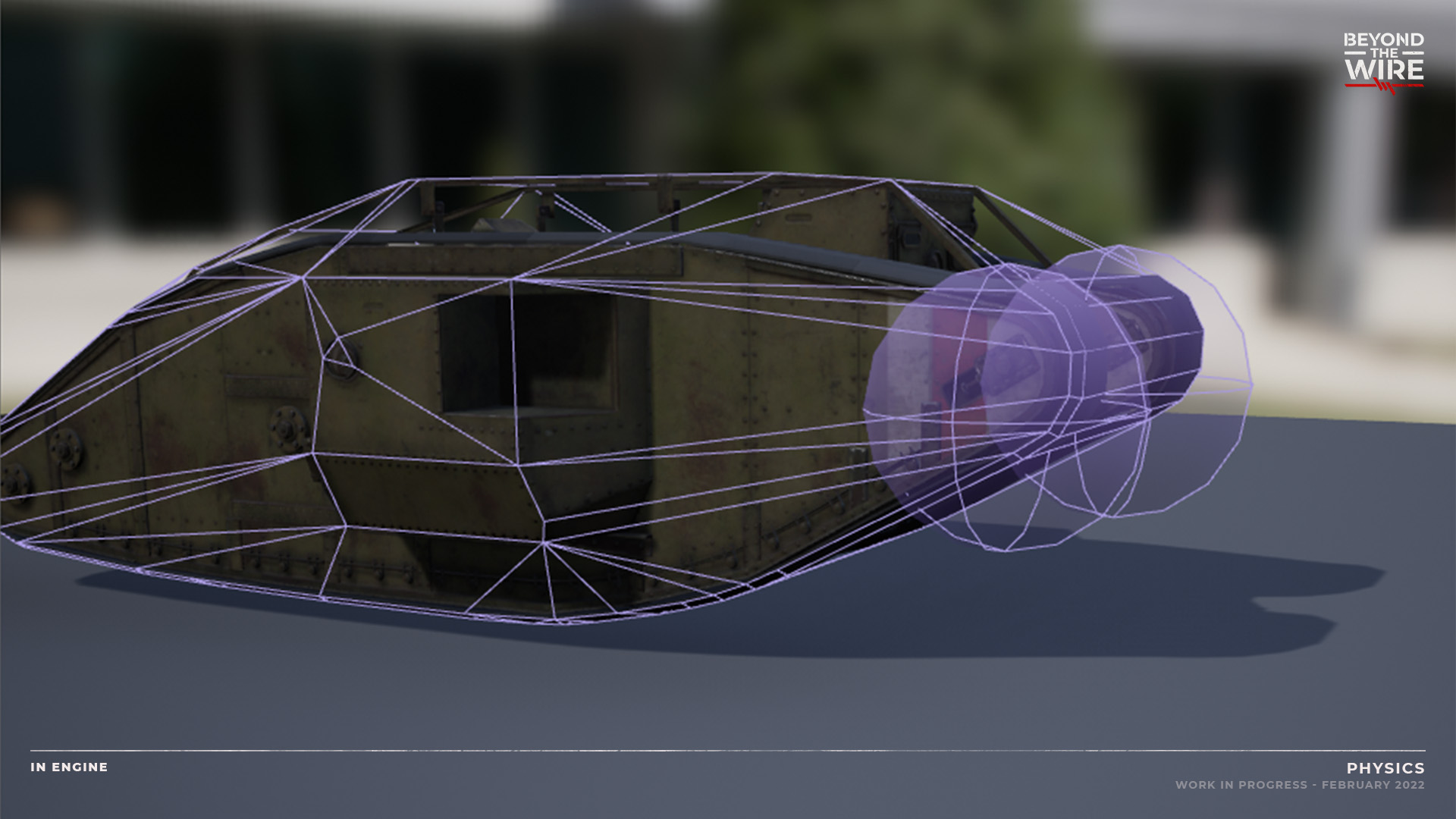 One aspect of movement that has been completed is independent track movement. Aiming to have tanks move and turn in a realistic fashion we developed the independent track movement early on and can be seen in the video below. The second aspect of movement that has been developed is the switchable gearing that drivers will be able to engage, allowing them to set a constant speed while moving, or to enable a parked mode when stationary. This addition will allow players to move consistently when advancing, giving better control over the vehicle and more opportunity for gunners to acquire and engage targets on the move.

Finally the A7V has entered the last stages of development.While we have yet to show it in action, this will be third tank arriving with Op IV and will be main tank for the German Empire, offering some unique options for crew sizes to pair with it’s formidable looks. A true land ship looking to dominate the field, this tank will be getting more attention in the coming weeks as progress continues so keep your eyes on the horizon for further developments! 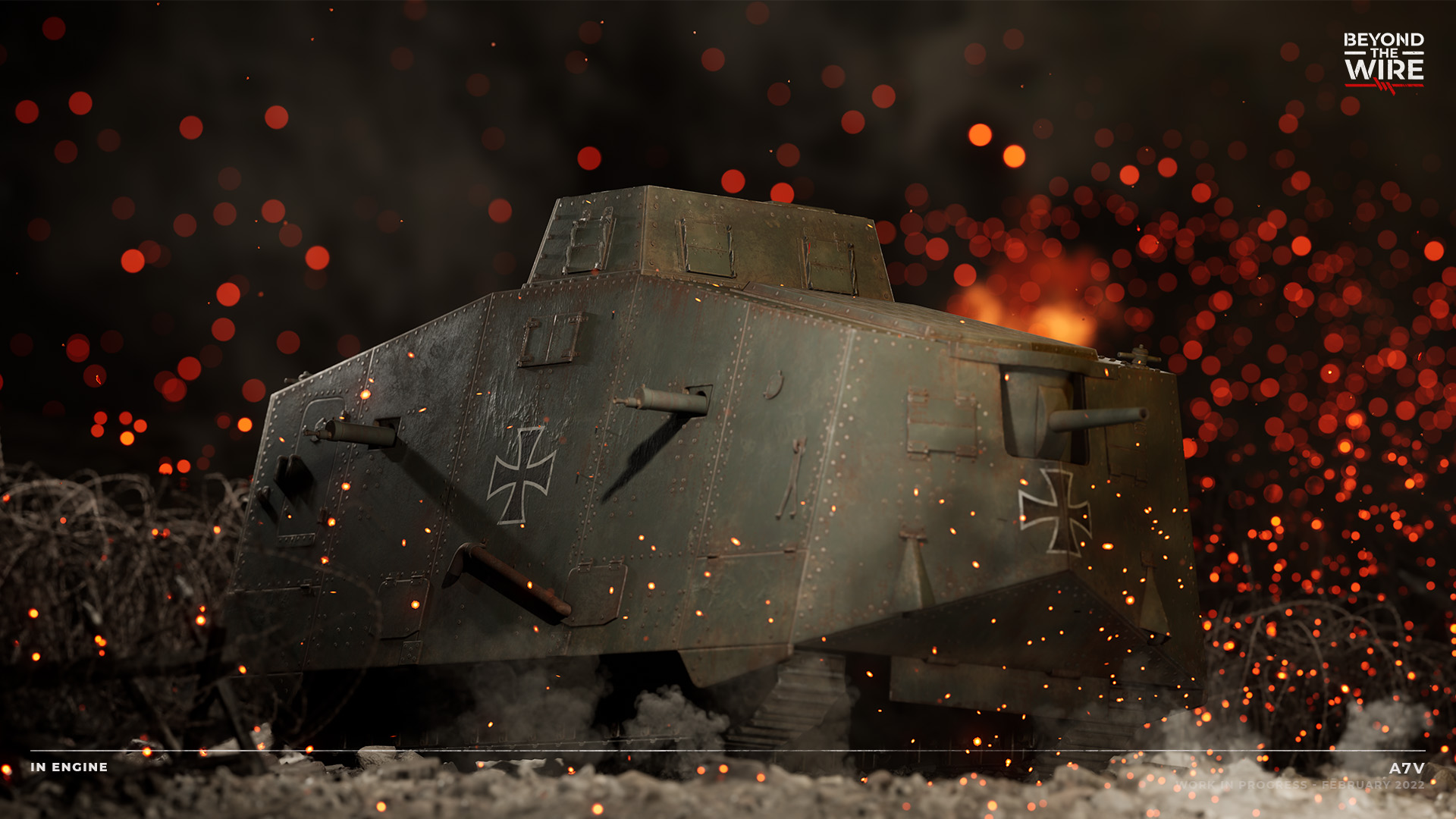 Work on the tanks is on-going and will be a major focus of development as we charge towards Operation IV release. Stay posted for more updates and recaps to get the latest detail on how tanks will be changing the landscape for Beyond The Wire. See you in the trenches!